Evan Siddall, the guy who backstops $448-billion in mortgages for Canadian homeowners, is calling out the big banks for what he calls irresponsible behaviour that’s fuelling a highly leveraged residential real estate market.

Mr. Siddall is chief executive of the Canada Mortgage and Housing Corp. He’s important. He runs a Crown corporation that helped 123,000 people purchase homes last year by stepping up with mortgage insurance. But Mr. Siddall is still a civil servant. And government officials don’t typically tear a strip off executives at the country’s biggest banks. The CMHC boss must have missed that memo.

Mr. Siddall engaged in a round of name and shame last week with economists at Toronto-Dominion Bank and Canadian Imperial Bank of Commerce over what he portrayed as a self-interested campaign to ease the mortgage stress tests put in place by federal regulators in recent years to cool the housing market. His pointed criticism, laid out in a public letter the CMHC sent to the House of Commons finance committee, is part of far larger concerns over the state of the country.

Canadians continue to carry far too much debt, according to CMHC data, which puts the country at risk of an economic slowdown. Riffing off studies of past downturns, including the 2008 global financial crisis, he said: “The combination of high house prices and elevated debt led inexorably to reduced future economic growth.”

Mr. Siddall sounded like he wrote the letter while Game of Thrones was on his TV and took to heart the show’s oft-repeated warning that winter is coming. Federal Conservative Leader Andrew Scheer is banging the same drum, warning in a recent speech that the federal Liberals are living beyond their means while the economy is humming, that today’s deficit spending will hamstring the government down the road, when GDP growth slows and stimulus is required.

In refreshingly plain terms, Mr. Siddall pointed out that the mortgage stress tests are proving to be excellent public policy. He conceded that tougher lending requirements make it more difficult for some potential buyers to get a loan from their bank. But the CMHC and the federal government want to make housing affordable for as many Canadians as possible by reining in excessive borrowing, which only jacks up prices. “Changes in stress test requirements since 2010 have helped reduce house prices nationally by 3.4 per cent versus where they otherwise would have been,” Mr. Siddall said.

Then he turned his guns on the banks, which drum up mortgages and backstop their higher-risk loans at the CMHC. Looking back at recent bank publications, Mr. Siddall said: “In an astonishing piece of work, economists at TD Bank argued that the stress test should be removed so that house prices can increase by $32,000. CIBC’s economist has also called for a re-assessment of the stress test.

"Since a federal government guarantee stands behind lenders’ insured mortgages, these appear to be cases of evident moral hazard. I doubt they’d be as cavalier if it were their risk.”

For those who need a quick refresher on the concept of “moral hazard,” this civil servant is saying TD and CIBC economists are recommending a high-risk course of action because the bankers know the CMHC bears the consequences of their behaviour. It’s worth noting that Mr. Siddall is not your typical career mandarin. He was a senior executive at Goldman Sachs Group Inc. and Bank of Montreal prior to joining the CMHC.

By coincidence, TD, CIBC and Royal Bank of Canada were reporting their financial results as the CMHC boss sounded off. In each bank’s call with analysts, senior executives faced queries about the performance of their mortgage portfolios, which are heavily weighted to urban centres such as Toronto and Vancouver, where home prices have soared. None of the bankers showed concerns over the rising consumer debt levels highlighted by the CMHC. The common theme of the calls: Don’t worry, we got this.

To their credit, all three banks reported extremely low losses on home loans. Top brass at each bank said they’re aware residential housing markets are frothy. But each insisted they have systems in place to sift through mortgage applications and lend to deserving home buyers while rejecting potential deadbeats. Of course, those systems have never been tested by a significant downturn in residential real estate markets.

There were no echoes of Game of Thrones in this crowd. Canadian bankers don’t seem to believe that winter is coming when it comes to mortgages. Or at least they sleep well, knowing that the CMHC – and by extension the Canadian taxpayer – is shouldering the risk of a downturn in housing markets. 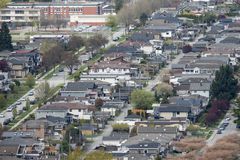