In the sliding door business, size really does matter.

While a regular swing door can take up about nine square feet, the space-saving alternative presented by K.N. Crowder Manufacturing Inc.’s brand of sliding doors has recently garnered it an army of new devotees.

As a result, Jeremy Crowder, the company’s vice-president, is already thinking about moving up from the company’s 50,000-square-foot headquarters in Burlington, Ont., to something with 100,000 square feet.

“A sliding door track and hardware, whether it’s a closet, or barn-door style [on a regular doorway], just doesn’t take up any space and I think that’s the biggest boom with our business,” Mr. Crowder says. “It’s just become so popular because it’s all about saving space.”

Nowhere has that growth seen a bigger surge than south of the border, which just 15 years ago accounted for 1 per cent of the company’s sales. Now U.S. sales make up 40 per cent of K.N. Crowder’s total business.

But while that growth has been welcomed by Mr. Crowder and the 150 or so employees who work for the company started by his grandfather 70 years ago, it also has necessitated some changes in their work, which involves manufacturing sliding door tracks and hardware, lock mechanisms and weatherstripping.

Most notably, inventory control had to be modernized. Previously, the task fell to department heads and particularly the plant manager, who kept a box of cards upon which he noted previous product orders.

When it was time to put in a new order, he’d pull the card relating to a certain product and see how many pieces he’d ordered previously and in what month, and try to gauge from the intervening time period how many new pieces to order.

“It was just kind of a throwing-darts solution,” Mr. Crowder says, adding that the problem started to intensify as the company grew and started taking on larger projects such condominiums or hotels in Toronto.

“That can clear out everything in our … supplies and then we have customers ... that can’t get their work done either,” he says. “So we couldn’t really rely on just looking at the racks and estimating.”

About four years ago, Mr. Crowder started to research and interview different enterprise resource planning (ERP) companies that offered software that could automate and digitize the entire inventory-taking process. He chose Sage Business Cloud Enterprise Management; the company began to roll it out to different departments about two years ago.

The slow approach was deliberate. Mr. Crowder wanted to make sure that each aspect of the business chain was working with the ERP software before it was applied to something else.

One of the advantages of the ERP system is that it can grow with the company, accommodating more customers, orders and products. That will certainly help as K.N. Crowder scales up, as Mr. Crowder estimates sales have increased by about 30 per cent over the past four or five years.

But the greatest gain has been in time efficiency. He says the time it takes K.N. Crowder to fulfill an order has been cut from 10-14 days down to 7-10 days, while customer phone calls enquiring about an order have been halved. In turn, the company’s inventory has more than doubled since it started using the software.

“We are a lot more efficient,” he says. “We can track things a heck of a lot better as far as our inventory levels, as far as orders going out the door.”

But while those benefits are easily identifiable, in many ways they are just the tip of the iceberg for any medium-sized business looking to implement an ERP system. By using the data it generates over a period of time, an ERP system is able to help forecast the demands that might be put on a company’s inventory.

“There’s a huge number of benefits,” says Phil Ramer, associate dean for the operations management department at the British Columbia Institute of Technology, where he teaches students the basics of operating ERP software.

He says it can project demand for a product, track labour in the production department, estimate how long it takes to build a product, and then use that data to make improvements.

If the ERP system allows a company to input its entire customer base, it allows for further customization.

“Now they have a tool to reach out to their customer base and promote various aspects of their business, track communications, present quotes to clients and track those,” Mr. Ramer says. “It’s really quite extensive, almost as far as your imagination can go.”

Looking at K.N. Crowder’s previous paper system of inventory management, Mr. Ramer says he can’t imagine running such an operation now without the use of a computer system.

He says an ERP system can look at the purchase history of any given part, and if an employee enters a forecast of what the company is planning to build and ship to customers, the system can plan a company’s material supply. It can even issue a purchase order with multiple deliveries for various dates and quantities, ensuring that the raw materials are always on hand to fill orders.

Future planning is something that Mr. Crowder can turn his attention to as he becomes more comfortable with the use of the ERP system. With the calendar about to turn on 2018, he is just happy that his staff are able to be more efficient in their work.

“Now we don’t have rely on so many of the department heads to watch inventory,” he says. “They can concentrate more on getting products in and out the door, which is what business is all about.” 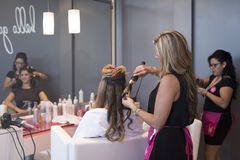 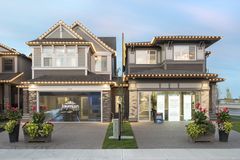 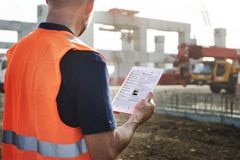