The DMZ, a startup incubator based at Ryerson University, announced last week that companies established by its participants have collectively raised a total of $1-billion from investors since the program launched in 2010.

The milestone comes as the non-profit goes through its own transformation. The DMZ announced earlier this year it would narrow its focus and concentrate on early-stage companies, saying that the market was becoming crowded for accelerators helping mid-stage companies achieve scale.

The DMZ incubator program lasts 18 months, and has 10 to 15 startups. Applications are not limited to Ryerson students. The curriculum includes business coaching, financial management support and networking with potential investors.

The Globe and Mail spoke with Abdullah Snobar, the executive director of the DMZ, about the program’s milestone, recent changes and how the pandemic has changed the game for organizations supporting startups.

I think this speaks to the strength of the startups in the Canadian ecosystem. This number, amongst many other fundraises that have happened across the country, are just a good sign there’s a lot more to come and Canada has quite a bit to offer. This is the beginning.

A lot of that $1-billion is concentrated in a handful of very successful companies. The top five – Borrowell, Snapcommerce, Sensibill, Ada Support and Flybits – got investments of more than half a billion dollars together. Is this a case of having just a few success stories?

I think the number is actually reflective of what you would typically see in terms of rates of success. We think it’s actually a fantastic number over all: 194 of our companies, from 500 total, have actually been able to raise, and have been doing well. Not that the other companies have not done well, they just haven’t necessarily raised to that extent. It’s the nature of how, typically, fundraising happens.

The DMZ recently announced it was going to focus on the earliest-stage companies, not those scaling up and raising millions of dollars. Why the change?

The DMZ had everything. We did really early, we did early, we did what we called our accelerator program, which was focusing on later-stage companies. We have a very saturated market of scale-up programs now. Everybody wants to do a program for growing companies, but everyone is forgetting about the early-stage companies and how to get them the right resources they need to get them up on their feet and get started. In 2020, in the beginning of the pandemic, we actually saw a 35-per-cent increase in applications for our incubator program. That gave us a signal that the environment’s shifting a bit.

With everything going remote and virtual, does it get harder to attract entrepreneurs to your program? Is your competition now global?

I think it actually goes to the exact opposite. What it means is that we become a gateway for people wanting to enter the North American market. Whether it’s now, or post-COVID. They’re preparing themselves and Toronto, or Canada, becomes the launching pad for doing that. We’ve been able to open up further opportunities for Canadians that want to go abroad as well, to expand out into different markets virtually for the time being. We don’t see this as much of a challenge as an opportunity.

How do you attract companies to Canada when they could, say, just go to the United States, where a lot more funding might be available to them?

It’s just a big message that you’re looking at a country that is small in size of population, but is able to pack a heavy punch in its talent and its people and its universities and its entire ecosystem. Its values, its diversity all play a big part in these things. I think people don’t realize how much weight the idea of being located in the most diverse city in the world, for example, and going to some of the top-tier universities and getting access to a highly educated population can actually leverage. 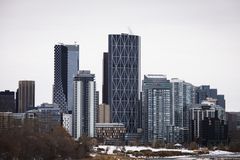 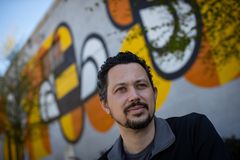 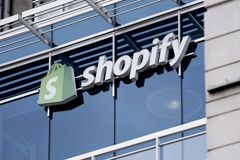