Ottawa’s new rent relief program for small and medium-sized businesses has numerous gaps that block some entrepreneurs from accessing it, the Canadian Federation of Independent Business says, despite it being tailored to correct problems with the government’s previous program.

Businesses that have opened since March can’t receive the Canada Emergency Rent Subsidy because they don’t have past revenues to prove they’ve seen a decline during the pandemic. Some businesses that have multiple locations with a wide range of revenue declines, and others that are based in buildings that their operator also owns, have also told the lobby group that they are struggling to access the subsidy.

The 110,000-member organization will raise these and other concerns in a letter to Finance Minister Chrystia Freeland this week. CFIB says the new CERS is far more accessible than its predecessor, the Canada Emergency Commercial Rent Assistance program, which required landlords to apply on behalf of tenants. But it fears that Ottawa has left gaps in the new program that must be addressed to ensure no one is left behind.

Laura Jones, CFIB’s executive vice-president, said in an interview that entrepreneurs who launched businesses in March and April are being held to a different standard than those who happened to open earlier. “These were people who had plans to open these businesses, and they were hit sideways by the pandemic,” she said.

Brothers Shaunt and Raz Tchakmak signed a lease last January for a space in Toronto’s Kensington Market, excited to open a bar and music venue celebrating Armenian culture. It’s called The Oud and the Fuzz, after a 1969 song by John Berberian that fused Armenian music with New York jazz.

The grand opening was scheduled for March 26 – Mr. Berberian was scheduled to play – but the pandemic put a stop to that. The Oud and the Fuzz finally managed to open months later, thanks to loosened summer restrictions, which allowed the Tchakmak brothers to open their patio, bring in live music every night and keep five people employed.

Then Toronto returned to lockdown last month. When the Tchakmak brothers subsequently applied for various relief programs, they were startled to find they weren’t eligible, including for the rent subsidy. The subsidy can cover up to 65 per cent of rent expenses, or up to 90 per cent if the business is in a lockdown zone – but entrepreneurs must demonstrate a drop in revenue over a previous period. Their bar had no previous period to speak of.

“This is a situation that needs to be fixed,” Shaunt Tchakmak told The Globe and Mail. He said governments have a responsibility, when they mandate lockdowns, to provide subsidies to the businesses they shut down. “I’ve contributed to this community – to employment, to the economy. … To be left out of these subsidies, and to not be here on the other side of it, will be a detriment to this city.”

CFIB’s Ms. Jones said the federal government should consider alternative revenue comparisons, such as provincial averages for a given business’s sector, to allow new businesses to access the rent subsidy. “It’s not perfect, but nothing’s perfect,” she said. “For many of these things, we have to look at: What’s the cleanest dirty shirt here? That would certainly be a lot better than what we’ve got.”

Asked on the weekend how the federal government would respond to CFIB’s new concerns, Katherine Cuplinskas, a spokesperson for Ms. Freeland, said: “We have not shied away from adjusting [support measures] to reflect the changing situation or feedback from small businesses across the country.”

Some small businesses that pay rent to non-arms’ length entities, such as a holding company with the same owner, have also struggled to access the new rent subsidy – even if they pay fair market value and have a rental agreement, Ms. Jones said. Though in many cases these situations involve one person transferring money between businesses, property holding companies still have expenses such as mortgages.

Because the rent subsidy also tops off at $300,000 per four-week application period for affiliated businesses, such as a small chain of stores, the complicated subsidy math can leave some entrepreneurs with less help than they need. A business-district restaurant might see revenue plummet, for instance, while a residential location in the same chain might only see a 10-per-cent drop, skewing the math and leaving bills piling up at some locations.

But the chain’s owners are also struggling to get rent relief for several new locations opened during the pandemic for the same reasons as The Oud and the Fuzz – because there’s no time period to which revenue can be compared.

Though he says he believes Body Energy Club will survive – in small part, at least, from putting his own savings into the company – he worries about the economic consequences if a chain of its size were to collapse without federal aid.

“Who’s opening up 17 new retail stores summer of next year? Nobody. Who’s hiring those 160 people? The domino effect here has yet to be fully realized or reckoned with. That’s 160 people who are taking public transit, who rent or own a condo – the real estate market, grocery stores, gym memberships. The cascade of those events have yet to be fully actualized.” 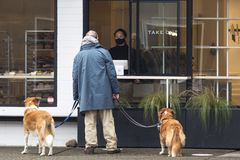 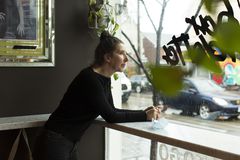 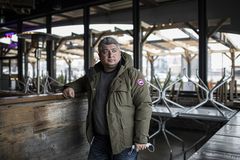