IWG PLC , the world’s biggest co-working company, is trying to adapt its business model to reduce its exposure to long-term office leases as dozens of its locations in Canada and the United States restructure under creditor protection.

The pandemic’s work-from-home mandates have exacerbated weaknesses with the co-working business of rent arbitrage.

IWG and other flexible office providers such as WeWork and Knotel have had to continue paying rent on their long-term property leases while their revenue evaporated because their short-term subtenants stopped using their space.

Now, Swiss-based IWG will focus on a plan to get out of rent arbitrage and move to franchises, a model in which franchisees will be responsible for the office leases. As well, it is pursuing partnerships with landlords where IWG would act as the property manager and not be on the hook for the office lease.

“It’s a fundamental shift in how the industry operates,” said Wayne Berger, IWG’s chief executive officer for the Americas. Mr. Berger said the goal in Canada is 80 to 85 per cent franchise and property-managed locations, with the remaining 15 to 20 per cent IWG-leased and -operated. He would not provide a current breakdown between the new and old business models.

He said talks are under way with potential franchisees, as well as real estate companies and investors. Reducing expensive long-term leases would give IWG more capital to spend on expansion, he said.

IWG, whose major brands are Regus and Spaces, has more than 3,300 locations in 110 countries. It subleases its space to anyone from individual freelancers to young companies and established businesses.

Canada has 126 Regus and 23 Spaces locations across 50 cities, for which IWG said it has had to slash prices to attract and retain subtenants, according to bankruptcy court filings.

Mr. Berger would not provide further details except to say occupancy and demand were higher in the suburbs than in the downtown cores because of concerns about outbreaks in denser areas.

“There is no doubt that the downtown urban cores, financial district, locations ... that require mass transit, are facing more immediate challenges than the suburban locations,” he said.

Remote work has forced companies to reconsider their office real estate requirements and how their staff will work after the pandemic. Some, such as B.C. tech company Traction on Demand, have decided to give up big office spaces in favour of smaller locations in the suburbs, while others say remote work will be permanent.

Although the pandemic has hurt the co-working business, Mr. Berger said companies have told IWG they want more flexibility with their leases when they return to the office. All types of industries, from restaurants and gyms to retailers and movie theatres, struggled with rent as business dried up during the lockdowns.

IWG has been working on enticing larger, more established companies to set up shop in its curated offices with flexible terms. The company was already aggressively expanding in the smaller cities like Barrie and Hamilton in Ontario. Mr. Berger said IWG will continue with its expansion in the suburbs, as well as major cities and their downtown cores.

Before the pandemic, demand for co-working was strong in downtown Toronto and Vancouver, where the office vacancy rates were the lowest in Canada and the United States.

IWG is not the only co-working company facing difficulties during the pandemic. New York-based Knotel and Montreal-based Breather Products Inc. had to file for creditor protection. As well, WeWork, which popularized co-working with its artful office spaces, has had to scale back expansion plans.

Last summer, 39 IWG locations in Canada and nearly 100 in the U.S. filed for creditor protection. IWG has withheld rent at some sites. The company broke its lease at a prominent Westbank building in Vancouver. Mr. Berger declined to comment on that lease or on whether IWG planned to sever other leases in the Americas.

IWG filed for creditor protection in 2003 in the United States, after the dot-com bust. It then structured its leases as individual special-purpose entities, which are subsidiaries of U.S. and British Regus corporations under the IWG umbrella. The company was structured that way to help protect the parent company in the event of a default. 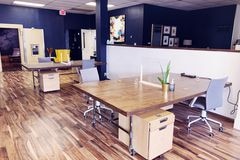 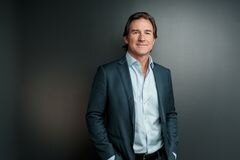