Global oil demand is unlikely to return to its pre-COVID-19 growth rate and the world will hit peak demand much sooner than expected, according to a new report by the International Energy Agency.

The Paris-based IEA, which advises industrialized countries on energy issues, says in its Oil 2021 outlook that rapid changes in behaviour since its previous forecasts – including new work-at-home models, and reduced business and leisure air travel – combined with a stronger global push toward low-carbon energy have “caused a dramatic downward shift in expectations for oil demand over the next six years.”

The downturn has been so sharp in advanced economies with traditionally high vehicle ownership and oil use per capita that demand “is not expected to return to precrisis levels.”

While the report, released Tuesday, has oil demand set to rise to 104 million barrels a day (b/d) by 2026 (about 4 per cent higher than 2019 levels), it says all that growth will come from emerging and developing economies, underpinned by rising populations and incomes.

The growth in demand will continue to be dominated by Asia, which will account for 90 per cent of the increase between 2019 and 2026, the report says.

As a result of the pandemic-induced demand shock and a global focus on clean energy, the IEA expects expansion of the world’s oil production capacity will also slow over the next six years.

Already, upstream investments and expansion plans have been scaled back, with operators around the world spending one-third less than they had planned at the beginning of 2020.

But heightened uncertainty over demand has created a dilemma for oil-producing countries and companies.

“Investment decisions made today could either bring on too much capacity that is left unused or too little oil to meet demand,” the report says. And a dearth of investment “could have geopolitical implications and heighten the risk of supply shortages later on.”

Canadian oil supply, however, is expected to recover in 2021 after two years of mandatory production curtailments and massive shut-ins owing to the pandemic.

The IEA forecasts growth in Canada’s output will continue through 2024 “as export bottlenecks ease, allowing oil sands projects to ramp up toward nameplate capacity levels.”

But continued legal challenges and delays to new pipeline projects, along with sharp spending cuts across the upstream industry, have led Canadian producers to delay numerous oil projects and expansions, which will limit growth.

Although U.S. President Joe Biden has revoked the permit for the Keystone XL pipeline, the report notes that the Trans Mountain and Enbridge Line 3 pipeline expansions are progressing as planned, “which should provide sufficient takeaway capacity for Alberta’s reduced growth expectations.”

Fatih Birol, the IEA’s executive director, said in a statement that “no oil and gas company will be unaffected by clean energy transitions, so every part of the industry needs to consider how to respond as momentum builds behind the world’s drive for net-zero emissions.”

Minimizing emissions from core operations – notably releases of methane – is an urgent priority, he argued.

Carbon capture, low-carbon hydrogen, biofuels and offshore wind can help decarbonize sectors in which emissions are hardest to tackle, Mr. Birol said. And while it’s encouraging to see some oil and gas companies scaling up their commitments in those areas, he said “much more needs to be done.” 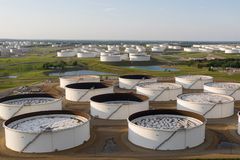 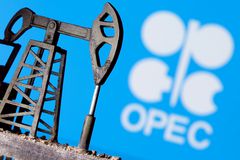 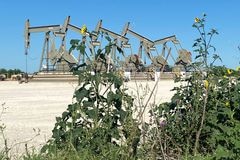