A Toronto condo developer and its former president are at odds over the financial viability of four high-rise projects underway in Toronto.

A 33-page wrongful dismissal complaint filed on Jan. 21 by Maria Athanasoulis alleges Cresford Developments has a “cash crisis,” and is failing to pay contractors and incurring costly delays on its projects. Ms. Athanasoulis had also worked as a sales and marketing leader before leaving the company in January.

Cresford’s chairman, Daniel Casey, a long-time developer in Ontario who sits on the board of Gerry Schwartz’s Onex Real Estate Partners, is personally named in Ms. Athanasoulis’s claim. A statement of defence and counterclaim – filed in Ontario Superior Court on Friday by Mr. Casey and Cresford’s counsel Allan O’Brien of Nelligan O’Brien Payne LLP – alleges that Ms. Athanasoulis “exaggerated the size and urgency of Cresford’s payables and cost overruns” and accuses her of breaching her fiduciary duties to the developer.

Mr. Casey’s counterclaim acknowledges that ″there were certain financial issues that would have to be dealt with, but Cresford, based on [Ms. Athanasoulis’s] analysis, would have about a year to resolve those issues" as of August, 2019.

Ms. Athanasoulis claims she was sidelined when she attempted to arrange a deal to restructure the company by selling off some of its key real estate holdings. Ms. Athanasoulis is seeking close to $50-million in compensation, saying she is owed 20 per cent of as-yet-unrealized profits from four condominium projects in the city’s core.

In her lawsuit, Ms. Athanasoulis estimates that Cresford needs close to $150-million to finish construction on projects currently under way. The filing alleges instances where Cresford companies shifted construction funds from previous projects in order to pay bills on newer ones, leaving both projects short of cash. "In order to complete the Projects, Cresford must meet its obligations to lenders, contractors and other stakeholders. This requires access to funding that Cresford does not currently have,” the lawsuit claims.

The filing describes escalating construction costs for key inputs such as steel and concrete beginning in the fall of 2018. Ms. Athanasoulis said the Clover project was facing $50-million in extra costs, at the same time the Halo project faced overruns close to $45-million. The lawsuit cites a third-party review by cost consultants CB Ross that is said to show 33 Yorkville’s budget needed another $65-million. Some of those bills were paid, but others remained outstanding.

“The only funds invested in Clover, Halo, 33 Yorkville and YSL were generated from earlier projects that Cresford completed but these projects did not generate nearly enough cash to satisfy the requirements. But taking funds from predecessor projects did not solve the problem. Instead, it caused the cash flow problem to grow and spread,” the lawsuit claims.

Cresford’s counterclaim alleges that in the late summer and early fall of 2019, Ms. Athanasoulis pitched a deal to sell the company to a third party for $125-million. It also alleges she “breached her fiduciary duties to Cresford and Mr. Casey by: personally entering into an undisclosed agreement with the potential purchaser which was in direct conflict with her fiduciary duties to Cresford and Casey,” and accuses her of other actions “intended to create a situation that would force Casey to sell Cresford assets at liquidation value to the purchaser of her choice.”

Cresford’s statement of defence alleges that Mr. Casey never finalized any compensation agreement based on percentages of sales commissions or project profits. The defendants deny that Ms. Athanasoulis was dismissed, saying instead that she resigned and was well-compensated. It is seeking $17.5-million in damages for her alleged mismanagement.

Throughout 2019, work was continuing on the projects, but Ms. Athanasoulis’s claim alleges there is close to $20-million in outstanding bills for construction and real estate commissions. On Jan. 30, GLF Infrastructure Inc. filed a lien against the title of YSL Residences site (383 Yonge St.) for shoring work that began in June, 2019, saying it was owed $3,746,724.19 out of a total bill of $4.576-million.

None of the allegations by either side have been tested in court.

Editor’s note: An earlier version of this article mentioned the company office and not the planning site for one project. 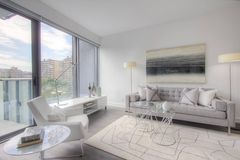 Relisting Toronto townhouse at a lower price leads to quick sale
May 8, 2015 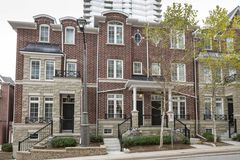