Rupert Murdoch unveiled his vision of the future of entertainment this week, and it was tied to the potential of Canada’s largest online gambling company.

The deal, unveiled as the centrepiece of a Fox investor day, signals how Mr. Murdoch expects audiences to interact with sports in the future. The investment also establishes Stars Group – formerly known as Amaya Inc. – as a leading player in North American sports wagering. Stars Group’s stock price jumped 14 per cent after the venture was announced, adding $1-billion to the value of the company.

If Mr. Murdoch has it right, in the not-too-distant future, a fan would tune in to Game 7 of a Toronto Raptors playoff series, for example, and use Fox Bet to wager on which basketball team will win and the point spread, while taking in the action. His son, Lachlan Murdoch, the chief executive of Fox, called the strategy “insanely simple” at Thursday’s session. He said: “We outpunch competitors in the amount of live television we deliver to American households."

Where media companies such as Disney, AT&T Inc. and Netflix Inc. see the future in streaming movies and TV series such as Game of Thrones to viewers, Fox believes it can attract eyeballs with a mix of sports and news. The network broadcasts baseball, auto racing, soccer and the top-drawing programming on television, NFL football.

Fox and Stars Group are first movers in a U.S. market that opened up last year, when the U.S. Supreme Court allowed states to legalize sports gambling. Fox executives said they expect Americans to bet US$9-billion online annually by 2025, a projection that may prove conservative, as “illegal” wagers on the NFL’s Super Bowl total an estimated US$5-billion.

While the U.S. venture is breaking new ground, sports betting is familiar territory for Stars Group in Europe. The company paid US$4.7-billion last April to acquire Sky Betting and Gaming, the dominant British online wagering platform. British fans look to Sky for games such as Soccer Saturday Super 6, a free contest that sees participants snag cash prizes for picking six winning teams. Sky also lets clients wager on matches – this in a country where punters bet on everything from Manchester United to the names of Royal Family babies. The same two-tiered approach – free contests and bets on games in states that allow gambling – is expected to be rolled out in the United States in time for the NFL’s kickoff in September.

“Stars Group clearly has the operational ingredients for success while Fox has the strategic reach and customer resonance,” said a report on Friday from British gaming consultant Regulus Partners. “While there is certainly risk to changes in sports content consumption … the Fox deal makes Stars Group a very credible mass market contender in the U.S.”

The potential audience for sports betting is huge; broadcasts by Fox Sports reach 100 million Americans. Only ESPN is in more homes, but the Disney-owned network has historically been reluctant to embrace sports gambling, which should leave the sports gaming field relatively clear for Stars Group. The Canadian company struck a 25-year alliance with Fox, and deal gives Mr. Murdoch the right to acquire up to 50 per cent of Stars Group’s U.S. business over the next 10 years.

The costs involved are also huge: Stars Group lost US$109-million last year on revenues of US$2-billion as it grew its European operations. Regulus Partners said Stars Group is now at the forefront of an emerging U.S. sports gaming industry, but then added: “We would caution, however, that this emergence is still likely to be long, fiddly and financially draining for most protagonists for some time to come.”

Mr. Murdoch has successfully surfed media for six decades, deftly moving from newspapers in his native Australia into television, film and professional sports. He and his son see gambling as the next big wave, and they are taking Stars Group along for the ride.

Rafi Ashkenazi, chief executive of Stars Group said: “We believe this strategic partnership uniquely positions us to build a leading betting business in the U.S., which represents one of the most exciting long-term growth opportunities for our company."

The Stars Group and Fox Sports to launch sports wagering partnership in the U.S.
May 9, 2019 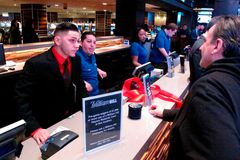 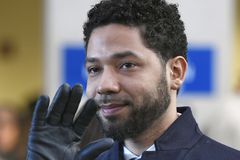 Disney moves from behemoth to colossus with closing of Fox deal
March 20, 2019 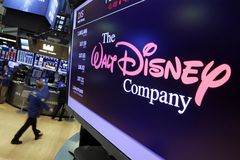