Natural Resources Minister Amarjeet Sohi will meet with ministers and top officials from 25 countries, as well as corporate leaders, to pursue joint efforts to commercialize and deploy clean-energy technologies that will reduce greenhouse-gas emissions.

The International Energy Agency is urging governments to pursue more aggressive policies to stimulate investment in low-carbon energy technologies, including actions to spur demand from businesses and consumers.

In a report this month, the IEA said investment in both traditional and new forms of energy is falling behind what is required to maintain secure supplies and accelerate the transition to a low-carbon economy. Investment in renewable energy actually fell in 2018 from the previous year, though lower prices resulted in greater capacity being added to the system. Spending on energy efficiency stalled after several years of growth.

In Canada, investment in clean-energy technologies has also stagnated in recent years, driven by declines in renewable power.

“To meet our sustainable and climate goals, we need this proportion to reverse,” said Dr. Birol, who will attend the summit this week. “In order to make this happen, there is an urgent need for bold government leadership to reduce risks for investors in the emerging sectors that need more capital to get the world on the right track.”

With a fall election looming, the Liberal government is facing criticism from Conservative Leader Andrew Scheer over its climate policies, notably the federal carbon tax that applies in four provinces that do not have their own levies. The New Democrats and Greens argue the government has not moved fast enough to reduce emissions.

Conservative premiers are also critical of Prime Minister Justin Trudeau’s climate plan, which they argue places an undue burden on consumers but is ineffective. Ontario Premier Doug Ford dismantled policies put in place by his predecessor to drive down emissions and encourage the adoption of low-carbon technologies, and Alberta Premier Jason Kenney is taking the axe to the previous, NDP government’s climate strategy.

In an interview, Mr. Sohi said Ottawa has committed some $9-billion to support clean-energy technologies, including public transit and other infrastructure. The carbon tax, he said, is just one of a host of actions the government is using to meet Canada’s international commitment under the Paris Agreement to reduce greenhouse-gas emissions by 30 per cent below 2005 levels by 2030.

“The work that needs to be done is not optional because climate change is real and will wreak havoc on our economy and our communities," Mr. Sohi said. “And all countries take it seriously and all countries have made commitments to meet Paris targets.”

However, President Donald Trump is pulling the United States out of the accord, though many U.S. states and cities remain committed to the 2015 agreement. U.S. Energy Secretary Rick Perry is scheduled to attend the “clean energy ministerial” in Vancouver to champion technologies such as nuclear power and carbon capture and storage.

Mr. Sohi said the meeting will highlight not only the challenge of meeting climate-change targets but the economic opportunities of investment in low-carbon technologies.

In a report last week, advocacy group Clean Energy Canada said investment in the sector grew 70 per cent between 2010 and 2014, to $35.3-billion, but has not grown since then, as spending on renewable power declined after 2014.

Clean Energy Canada executive director Merran Smith said governments around the world need to accelerate the development and adoption of technologies through a combination of subsidies, regulations, standards and carbon pricing.

“We are seeing the impacts of climate change all around the globe. Here in Canada, we are feeling the impacts,” Ms. Smith said, pointing to floods in the East and forest fires in the West.

Opinion
The China-U.S. trade war presents an existential crisis for the G20 nations
May 23, 2019 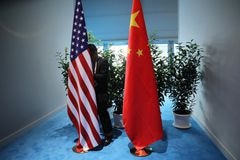 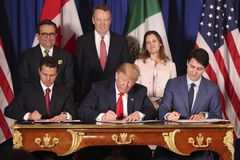 Opinion
Trudeau will play the latest twists in the U.S. tariff tale
Subscriber content
May 15, 2019 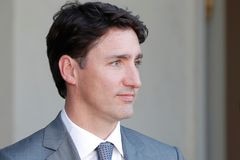