Georgian Partners is on the cusp of closing Canada’s largest private-sector venture capital fund to invest in innovative software companies – while innovating itself.

Sources in the investment community say that investors have committed US$450-million of its US$550-million fundraising goal for its fourth fund, focused on financing rapidly-expanding North American enterprise software firms, and that the company expects to meet its target soon.

Georgian declined to comment on its fundraising, but its principals opened up in a set of interviews about how the normally media-shy firm is trying to further set itself apart by building its own software, which will be used by artificial-intelligence startups in its portfolio to expand their businesses.

“This is a big differentiator [from other VC firms] for us” to be able to offer a suite of software tools “that will accelerate the pace [AI startups] can roll out and apply AI,” said Justin LaFayette, managing partner of Toronto-based Georgian.

The tools Georgian is developing or co-developing with its portfolio companies relate to a common theme: establishing trust in AI software that is expected to increasingly automate decision-making and influence strategy-setting in the corporate world. “If you’re going to cede control or some set of decisions to a machine, you want to know what the repercussions of that are and what the basis of making those decisions is,” said Jason Brenier, Georgian’s vice-president of strategy.

Georgian has been at the vanguard of venture capital in Canada since its founding a decade ago by software entrepreneurs Mr. LaFayette and Simon Chong and financier John Berton. At a time when Canadian institutional investors were fleeing the Canadian VC sector, Georgian was among the first of a wave of new entrepreneur-led Canadian VC firms that rejuvenated early-stage tech financing here.

Starting out during the credit crisis, Georgian struggled to raise a first $70-million fund, which Mr. LaFayette acknowledges was small for its goal of backing “growth stage” tech firms generating millions of dollars in revenues. But the partners’ connections allowed them to get in on competitive financing deals led by U.S. funds. Georgian raised $200-million for its second fund in 2013 and US$375-million for a 2016 fund.

The partnership set itself apart early on by establishing an “impact team” of experienced executives including former IBM executive Jon Prial that it parachuted in to help the companies it invested in.

Georgian investor and adviser Michael Hyatt said he wishes he and his brother Richard “had help like [Georgian’s] impact team” when they were building their two successful Toronto-based tech startups, BlueCat Networks Inc. and Dyadem International, Ltd.

The impact team has also helped Georgian get in on deals south of the border. “It was a big selling point for us,” said Mahmoud Arram, chief technology officer with New York-based AI firm Bluecore Inc., which chose Georgian to lead financing deals totalling US$56-million in 2015 and 2017.

Georgian’s first two funds have been top-quartile performers among all North American funds, according to industry sources, fuelled by successful “exits,” including the sale of Georgian-backed device identification firm 41st Parameter to Experian PLC in 2013 and Kinnser Software’s purchase last year by Mediware Information Systems.

But its biggest win was Shopify Inc. After co-investing with Georgian on an earlier deal, U.S. venture capital giant Bessemer Venture Partners helped get the Toronto VC firm into the Ottawa e-commerce software firm’s 2011 US$15-million venture financing deal. Mr. LaFayette acknowledges “being part of that was very good. Shopify is one of the most valuable software-as-a-service companies ever created.” (Georgian’s stake was worth US$94-million the day Shopify went public in 2015. As of last spring, Georgian had shed about 85 per cent of its Shopify shares, according to SEC filings, but its remaining stake was still worth $40-million. It no longer holds any shares.)

Today, the 26 firms in its active portfolio include eSentire, Vision Critical, Tophatmonocle Corp., Integrate.ai and ScribbleLive.

Georgian’s move into software development stemmed from work by its impact team as the firm broadened its investing focus. Georgian had initially backed firms that developed data-driven analytical software tools for enterprise customers. About four years ago, as tech giants increasingly used AI-machine-learning algorithms to build their businesses, Georgian started financing startups that applied AI to solve business problems. It also began funding firms that built technology for corporations to interact with customers through text and digital voice, and digital security-focused startups.

“The DNA of our firm is constantly to look for what the next trend is going to be, pick them when they have proof points and are real but not widely adopted, and invest heavily in domain expertise and people who come out of these trends and understand them, Mr. Lafayette said.

Many hit the same obstacle. In order for their algorithms to deliver effective results, AI startups need enough data to “train” their code to recognize patterns and unearth valuable insights. That data is housed within corporate giants.

If fear of thinking machines wasn’t enough of a hurdle to overcome, Georgian’s AI startups had another challenge: To support the widespread adoption of AI, corporations must have faith that the tools won’t compromise their sensitive corporate and customer data, skew results or produce recommendations humans don’t know how to explain before regulators. Concerns over misuse of digital data have prompted the impending adoption of new regulations across Europe, and those concerns deepened last month when it was revealed Cambridge Analytica had gleaned personal information from Facebook users to influence political campaigns.

But Georgian’s AI startups had another problem. It took months for their algorithms to get trained on a new corporate customer’s data. To overcome the so-called “cold start” problem, AI firms preferred to combine data of many clients, said Bluecore’s Mr. Arram, whose firm helps retailers automate e-mail marketing campaigns to personalize offerings to their customers.

Convincing corporations to let them mix their data with that of other firms, including competitors, was a tough sell - particularly since prior efforts to “de-identify” data had backfired as clever programmers found ways to expose the identities of Netflix customers, reveal how much celebrities tipped New York cabbies and uncover medical information of a Massachusetts governor.

Then, two years ago, Apple Inc. said it was using a technique known as “differential privacy” to improve its auto-correcting function . Apple injected enough “noise,” or mathematical gibberish, into personal data it harvested from customers as they typed to render them unidentifiable. Georgian’s impact team had been looking into differential privacy and “Apple’s announcement was a proof point that this is practical,” said Georgian’s chief technology officer Madalin Mihailescu. Georgian hired a dozen developers and “invested time and effort to really understand how that can unlock value in the portfolio.” Last summer it co-developed differential privacy software called Epsilon with Bluecore, with Georgian committing the equivalent of about one person-year’s worth of time and cost to the project.

Now that the software is done, Georgian is offering it to other portfolio companies for free, with suggested contract language and talking points to help sell it to their customers. Armed with ready-made software – which Georgian is funding internally, not from investor money - its startups can reduce the “friction” of bringing customers on board without using precious resources to develop their own tools, said Mr. Mihailescu.

Georgian is now looking to develop other software to ensure its companies can adequately explain how their AI algorithms make their decisions. Another project will see Georgian develop tools that attempt to head off any unfair or biased decisions by AI algorithms – an issue that has cropped up in the emerging field.

“As more decisions are made using automation, it’s reasonable to build trust around that and make it explainable,” said Mr. Brenier. “Even though, today, if you ask someone to explain a decision they’ll often struggle to do it, we have a higher expectation when it’s done by a machine that we should be able to understand it.”

Opinion
Beyond ‘the next Silicon Valley’: Why many kinds of economic superclusters matter
April 4, 2018 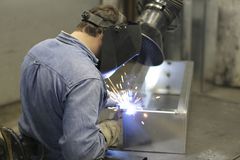 Samsung and Fujitsu give Macron’s AI plan a boost with R&D hubs in Paris
March 28, 2018 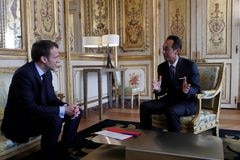