We were the first to be laid off when the pandemic and economic crisis hit last year. Those of us who kept our jobs ended up losing our minds while juggling child care and working from home. Now the planned move to hybrid workplaces risks pushing us further off the leadership track at the office.

The hybrid model envisions a system where some employees work in the office while others work from home. In theory, it’s a win-win because it provides cost savings to businesses and flexibility to employees. But in practice, experts say it could be the next “career killer” for women if companies fail to change their underlying workplace cultures.

With the pandemic now in its fourth wave and younger children still ineligible for COVID-19 vaccines, it stands to reason that women, especially working mothers and family caregivers, will be among the last to return to in-person work. If the hybrid model is indeed the future of work, then executives must make a concerted effort to prevent the office from becoming even more of a boys’ club – or else women will be left out of decision-making and passed over for all kinds of advancement opportunities.

Telecommuting did exist prior to the pandemic, but we’ve all had bosses who looked askance at employees who opted for remote or flexible work. While this global health crisis has given the practice new legitimacy in the eyes of executives, it wasn’t that long ago that out of sight meant out of mind for many of those same people.

Old habits die hard. That’s why business leaders must create genuine cultural change in their companies. Otherwise, implementing the hybrid model will only exacerbate the already yawning power gap for women at work.

“This is not something you can fix by putting just a policy in place. It’s a cultural mindset,” said Linda Seymour, president and chief executive officer of HSBC Bank Canada. “It’s so important as organizations that we take this hybrid working model and make it a positive. And we can do that if we get that cultural shift right.”

Ms. Seymour, who is HSBC Bank Canada’s second female CEO, knows of what she speaks after spending her career navigating a male-dominated industry. She took advantage of remote-work policies when her children were young (long before flexible working was widely accepted in corporate Canada), often leaving work at 5 o’clock “on the nose, which is unheard of for executives,” to take them to soccer or hockey games on the other side of the city.

“The ability to be able to log-on later at night, to work in the parking lot if I had to get a deal done, to be able to do that flexibly and have that technology, was so critical,” she said, adding she was lucky enough to have mentors and sponsors who helped give her the confidence to keep pushing ahead with her professional goals.

Although she credits such accommodations for levelling the playing field for her, Ms. Seymour knows all too well the pitfalls women face in their careers.

“It didn’t always pan out for me. I have to say, I didn’t always get the job I wanted and some of that probably early in my career was because I wasn’t part of the club. … But you learn from those experiences.”

Her candour is refreshing. She encourages women to push back against barriers at work but points out that corporate culture change starts at the top.

That’s precisely why the bank, which has a gender-balanced board and senior leadership team, is taking steps to maintain an inclusive culture as it rolls out its hybrid workplace model.

“I do think that makes a difference that your senior leadership has that balance,” Ms. Seymour said. “It sets the example and we are really careful to make sure that our succession plan allows us to maintain that gender balance.”

The bank is also installing video systems in all of its meeting spaces in Vancouver and Toronto so that in-person and remote workers can participate equally in meetings. It also plans to use a mix of digital white boards and other technology so workers can engage in real-time collaboration, sharing and revisions of plans and documents.

Bridging the gap between the different generations of workers and breaking down barriers for minorities are also key to a successful hybrid workplace. Toward that end, the bank regularly surveys its staff and uses their feedback to inform its policies and procedures.

“How do you make sure that everybody is working together as a team and that nobody is disadvantaged? It’s not just about women,” Ms. Seymour said.

HSBC Bank Canada is being methodical with its troubleshooting. Inclusion is the goal. But as Ms. Seymour points out, no business is going to have a perfect hybrid model right out of the gate.

But will other companies, especially those with homogenous leadership, be as diligent about dismantling barriers at work?

It’s a cause for concern because women are severely underrepresented on boards and in the executive ranks of corporate Canada. Worse still, only a minority of publicly traded companies have adopted diversity targets – a shameful reality that doesn’t bode well for women’s advancement.

Experts rightly argue that companies can always revamp their promotions process to ensure that women’s careers don’t stall. One approach advocated by U.S. researchers is for employers to automatically consider all qualified candidates for an advancement opportunity. That puts the onus on individuals to “opt out” rather than to “self nominate.” It makes a lot of sense because not everyone is adept at self-promotion.

“The hybrid model will be gendered by its very nature,” said Sarah Kaplan, distinguished professor of gender and the economy at the University of Toronto’s Rotman School of Management. That’s why achieving gender balance at work hinges on men feeling comfortable working remotely, too.

“Organizations need to make sure that men are taking as much advantage of whatever the hybrid version is as women are or it is going to risk just being a career killer for women whose careers are already being killed,” Dr. Kaplan said.

That also means managers need to be equitable with their everyday decision making, including who gets plum assignments and promotions, because technology alone won’t stop systemic discrimination at work.

Prior to the pandemic, women were routinely overlooked for leadership roles. Now we risk becoming invisible in hybrid workplaces.

Some trial and error is to be expected, but business leaders must deliberately count women in as they make the shift.

Interested in more perspectives about women in the workplace? Find all stories on the hub here, and subscribe to the new Women and Work newsletter here.

Opinion
Wireless prices have nowhere to go but up after carriers spent big on 5G spectrum auction
Subscriber content
August 16, 2021 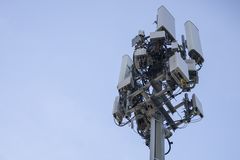 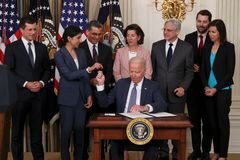 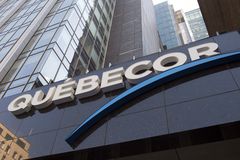