In a mandate letter issued to Ms. Freeland as part of the mini-shuffle of ministers last week, Prime Minister Justin Trudeau underscored his desire to “identify additional ways to tax extreme wealth inequality,” a point also made in the fall Speech from the Throne.

But what’s far from clear is how the Liberals might do so. So far, the government plans to increase taxes on stock options granted by companies with annual revenue above $500-million, as well as talking about taxing “digital giants” and introducing a tax on “unproductive” housing owned by non-Canadians living out of country.

The stock option tax changes aren’t likely to be much of a revenue generator, with the Parliamentary Budget Officer projecting that it will generate just $1-million in 2022-23, rising to $144-million by 2032-33. In 2025-26, the PBO estimates that the tax will bring in $30-million, just more than half of the $55-million that the government estimated in its fall economic update.

The PBO projection could be the best-case scenario for the government. The PBO analysis assumes that companies won’t act aggressively to change the compensation paid to executives or to structure options to avoid the reach of the new tax. If that assumption is wrong, the government’s tax take would fall.

And that points to the central challenge in designing wealth taxes, and the debate over their efficacy – what steps will the rich take to avoid, or at least minimize, their exposure?

In the jargon of tax experts, it’s called a “behavioural response.” It is the fiscal equivalent of Newtonian physics: For every new tax, strategies pop up to avoid it. And the result is that wealth taxes rarely live up to expectations of generating easy billions in revenue. “It’s very challenging to levy taxes on highly mobile capital and individuals,” says Parliamentary Budget Officer Yves Giroux. “It never leads to as much revenue as people expect.”

Sometimes, a behavioural response could mean an actual change in behaviour – buying fewer cigarettes because of higher tobacco taxes, for example.

But in the case of wealth taxes, behavioural responses also embrace sophisticated – and legal – tax planning strategies that can significantly reduce tax bills. Paul Gryglewicz, senior partner at Global Governance Advisors Inc., outlined one possible response to the upcoming stock option measures, which will increase taxes once an individual has more than $200,000 worth of options vest in a given year. (Vesting allows the holder of an option to exercise their right to buy an equity share at a predetermined price.) He says companies could structure grants of options so that they vest at a slower pace and thereby reduce the employee’s exposure to the higher tax rate.

One of the biggest challenges is the lack of contemporary examples of advanced economies introducing wealth taxes – in fact, the trend has been in the other direction, with such taxes being phased out. In a 2018 report, the Organization for Economic Co-Operation and Development noted that 12 of its member countries had recurring taxes on net wealth in 1990, but only four still had them by 2017.

With few real-world examples to draw on, researchers have had to use less orthodox techniques – which is how the Forbes ratio came to be. In a 2008 paper published by the U.S. Internal Revenue Service, researchers set out to determine how much wealth was being shielded from inheritance taxes by comparing Forbes Magazine’s annual listing of wealthy individuals, the Forbes 400, to the amounts declared by the estates of those individuals once they died. The result was that around half of the wealth as calculated by Forbes ended up being declared – or a 50:50 ratio.

A large part of that difference stemmed from assets being held by spouses rather than the individual in question, and lower valuations for hard-to-value assets such as fine art.

Looked at another way, both of those differences could be ascribed to astute, perhaps aggressive, tax planning. In any case, it meant that the tax base for the U.S. estate tax was much smaller than the Forbes list would have implied.

However, the debate is far from settled. Economists that analyzed former Democratic presidential candidate Elizabeth Warren’s proposal for an annual wealth tax estimated that there would be a far smaller rate of avoidance, just 15 per cent.

The PBO used the IRS research as a jumping-off point for its analysis of the NDP proposal for an annual wealth tax of 1 per cent on net wealth above $20-million. That analysis concluded that such a tax could raise $5.5-billion in revenue for the 2021-22 fiscal year, which would amount to a substantial revenue boost.

But that estimate came with a very large asterisk, with the parliamentary watchdog noting that “a large behavioural response could be expected” and that much would depend on how aggressively the government enforced its rules and how it decided to value assets. The PBO assumed that 35 per cent of the net assets held by wealthy Canadians would be shielded from the wealth tax, significantly lower than the Forbes ratio.

A temporary tax will generally spark less of a reaction, he says, although it’s possible that some individuals could quickly reorder their affairs to avoid its reach. (That seemed to be the case in the Liberals’ first mandate, when higher earners appeared to shift income into the 2015 tax year to avoid the next year’s increase in income-tax rates.)

The type of tax also matters. It’s easier to tax salaries, for instance. And sales taxes are harder to avoid, at least by legal means.

Alexandre Laurin, director of research at the C.D. Howe Institute, says he believes that the 35 per cent avoidance rate assumed by the PBO is too low, and that it underestimates the motivation to avoid a recurring wealth tax. And Mr. Laurin said the rarity of wealth taxes in advanced economies is by itself proof that they are not in fact an easy route to revenue increases for governments.

For Toby Sanger, however, the debate over behavioural response misses a key point. The executive director of Canadians for Tax Fairness, which supports a wealth tax, says governments have the ability to reduce avoidance rates through eliminating tax deductions and through tougher enforcement. (In fact, the Liberals said in the fall economic statement that they will continue to increase the amount spent on combatting tax evasion and aggressive tax avoidance, as well as updating anti-avoidance rules.)

“Behavioural response is not a passive, external thing,” he says. 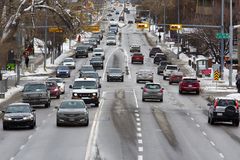 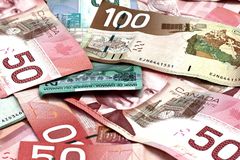 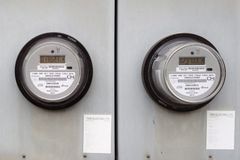