International regulators are reviewing a number of changes Boeing Inc. is proposing for its grounded Max 737 aircraft, but the company has yet to submit for approval the final version of the automated control software on the passenger jet.

As the worldwide grounding of the Boeing Max 737 continues, regulators are still waiting for the aircraft maker to submit for approval the final version of the automated control software on the passenger jet.

Boeing must receive certification from the U.S. Federal Aviation Authority (FAA) before the global fleet of 737 Max planes is allowed to resume carrying passengers. The world’s aviation authorities grounded the 737 Max in March, after two fatal crashes of the new model in Indonesia and Ethiopia in five months killed 346 passengers and crew.

Canada, as a member of the certification management team, is working closely with the FAA, Boeing and regulators in Europe and Brazil to approve any changes certified by the FAA.

Nicholas Robinson, Canada’s director-general of civil aviation, said regulators are reviewing parts of the suite of changes proposed by Boeing, but have yet to see a final version that will be tested before the plane is cleared to resume flying.

“Boeing is going to submit a package when they feel they are ready to submit a package,” Mr. Robinson said. “There’s been various parts of that package that have been reviewed by the authorities and the FAA. They have made a lot of progress in developing that package. The package has not been submitted as final to the FAA.”

Dennis Muilenburg, Boeing’s chief executive officer, said in July the final update would be submitted to the FAA by the end of September but last week gave no timeline, other than to repeat that the company expects the plane to resume passenger service this year.

“We’re collaborating ... with regulators on the process they have laid out for certifying the 737 Max software and training updates and for safely returning the airplane to service … ," Mr. Muilenburg said in New York. “Looking forward, we continue to target regulatory approval for the 737 Max return to service this quarter, though it’s the FAA and other global regulators who ultimately will determine the timeline.”

Both crashes are linked to the planes’ automatic stabilization system, known as MCAS, which responded to erroneous data from angle of attack vanes in the planes’ noses by sending the planes into repeated dives shortly after takeoff. Crews followed operating procedures, but were unable to regain control of the planes, investigators found.

As part of the changes to the plane, Boeing has proposed a version of the flight deck that simplifies the array of alarms and alerts pilots face when confronted by a safety hazard. This move to streamline the flight-deck environment is line with recommendations by the U.S. National Transportation Safety Board and a Boeing safety committee.

In the moments preceding both crashes, the Max crews were deluged by several alarms, flashing lights, and audible and tactile warnings, including a shaking control column and a repeated audible command, “don’t sink.”

“They are looking at a range of cockpit environment changes that would address the issues that have been identified as a result of the two accidents,” said Mr. Robinson, Canada’s lead official on the certification management team, “making sure that the cockpit environment isn’t too strenuous or providing too great a workload for the aircrews that are working in it.

“When there are failures [and] when there are hazards that are present, various alerts and alarms are indicated within the cockpit that draw the attention to the hazard or risk to the aircrew,” he said.

Air Canada and WestJet have removed the Max from their schedules until January, parking dozens of the planes. The carriers have tried to mitigate the impact by cancelling routes, leasing planes or relying on subsidiaries’ jets.

“While we do not have timing for the return of the Max to our fleet, our latest schedule update [posted in September] reduces last-minute flight cancellations and disruptions to our guests travel plans – especially during the busy holiday travel season,” said Morgan Bell, a WestJet spokeswoman.

Peter Fitzpatrick, an Air Canada spokesman, declined to speculate on a return date. “We are waiting for the regulators to make their decisions.”

A Boeing spokesman declined to comment, and pointed to recent comments by CEO Mr. Muilenburg. He has said the plane’s return could be slowed by a lack of agreement among the world’s regulators, each of which must approve the model’s return their respective airspace.

Mr. Robinson said Transport Canada’s goal, as a member of the team that approves the FAA’s certification of the plane, is to see the Max return to service worldwide, once all the concerns and questions over its safety, design and training procedures have been addressed. The certification management team is composed of aviation experts from the four main aircraft-producing countries or political regions, Canada, Brazil, Europe and the United States.

“We continue to exchange information with the manufacturer and between authorities so we can get to the state where we are confident that this aircraft is fully ready to return to service,” he said. “We’re not looking at timelines. I know that timelines have been mentioned in the past, Canada has never looked at putting a timeline on this, only a goal. And that is to ensure that the aircraft is safe for a return to service.” ​ 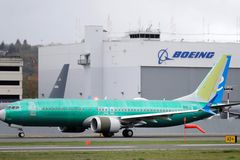 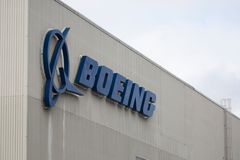 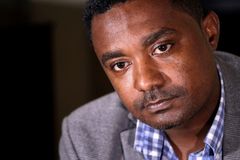