Investors are betting that the re-election of the federal Liberals with a minority government raises the odds that SNC-Lavalin Group Inc. will get a deal to settle criminal charges against the beleaguered engineering firm, analysts say, even though that outcome remains far from certain amid the political intrigue in Ottawa.

Shares of the Montreal-based company surged nearly 14 per cent to close at $20.12 in trading on the Toronto Stock Exchange on Tuesday, after Monday’s election reduced the number of seats the Liberals hold in the House of Commons. Analysts said the price gain was related in part to speculation the Liberals could now offer SNC-Lavalin a deferred prosecution agreement (DPA) to resolve charges of bribery and fraud against the company.

“The political landscape has shifted," said Chris Murray, an analyst with AltaCorp Capital in Toronto. "I think you’re seeing a reaction generally that this is probably more favourable for the company.”

Federal Finance Minister Bill Morneau was asked on BNN Bloomberg TV on Tuesday whether a DPA is more likely now. “From our perspective, that’s a continuing discussion that the Justice Minister will have to have,” he said.

SNC-Lavalin, once venerated for its global leadership and healthy balance sheet, is dealing with legal and operational setbacks that have hit its finances and shredded its market capitalization.

The company is trying to close out a backlog of fixed-price construction work, and after federal prosecutors declined to offer a DPA, is bracing for a trial on bribery and fraud charges related to its past business in Libya. A conviction could result in a 10-year ban on federal contracts, putting jobs at risk and hurting its international business.

“While the case is going through its motions at the court level, there is still some hope that DPA is an appropriate mechanism to address the SNC situation,” said Maxim Sytchev, an analyst at National Bank of Canada.

During its first mandate, the Trudeau government introduced the DPA system to bring Canada in line with countries such as the United States and Britain, which have similar systems to deal with white-collar crime. But efforts to persuade the Attorney-General to order such a settlement for SNC blew up into a political scandal.

The issue dogged Mr. Trudeau during the election campaign, bolstered by findings from the Ethics Commissioner in August that the Prime Minister breached the Conflict of Interest Act. Commissioner Mario Dion said the Prime Minister and senior federal officials improperly pressed Jody Wilson-Raybould when she was justice minister and attorney-general to order the director of public prosecutions to settle the charges.

Mr. Trudeau has said he acted to prevent job losses.

Settlements such as DPAs can hold companies to account without punishing innocent employees, Mr. Trudeau said during a leaders debate on Oct.10. “This is a system that works across the world,” he said. “But the decision as to whether it’s given in Canada belongs only to the attorney-general and the minister of justice, and we will respect that decision when it is made.”

In winning a minority government, the Prime Minister has survived reproach on an issue that had threatened to bring him down. But it’s unclear whether that will embolden his government to reconsider a deal for SNC.

The Liberals would likely have the support of the reinvigorated Bloc Québécois if Justice Minister David Lametti were to offer a deal to SNC, because the Quebec government considers the company a pillar of its economy and is keen to maintain its high-paying jobs. A DPA would punish the company “without leading to a trial that would weaken it to a point of no return,” Bloc justice critic Rhéal Fortin has said.

But the RCMP has been looking into potential obstruction of justice in the handling of the prosecution of SNC-Lavalin, an effort that was paused for the election campaign. And the Liberals’ lack of a majority means they lose control of parliamentary committees, and opposition MPs could push for further probes.

In sum, the political climate for the Liberals to pursue a DPA remains shaky. “I think this issue is still a dangerous thing for this government,” said Daniel Rubenson, a political scientist at Ryerson University, adding it’s one possible reason the Liberals are in a minority situation to begin with. "This hurt them. And so do they really want to push on that?”

SNC declined to speculate on Tuesday about an agreement. “We cannot speak to the government’s intentions and will not comment on the judicial process, which is before the courts,” spokesperson Daniela Pizzuto said. 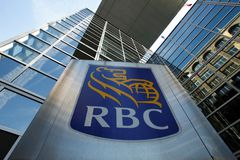 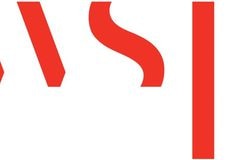 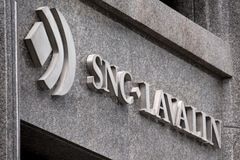