Loblaw Cos. Ltd. says e-commerce sales topped $1-billion for the first time in 2019, nearly double the level the year before.

E-commerce sales still represent a very small fraction of Loblaw’s overall revenue, which grew to $48-billion last year from $46.7-billion in 2018. While the margins for e-commerce sales in general are smaller for the grocery sector than in-store purchases, consumers are demanding more digital services and companies are working hard to compete with each other and with giants such as Amazon.com Inc. and Walmart Inc.

The Toronto-based retailer, which owns grocery banners including Loblaws, No Frills, Valu-Mart and Provigo, among others, as well as Shoppers Drug Mart, gave its digital results as it reported fourth-quarter earnings on Thursday. The majority of the $1-billion in sales was from food, but the figure also includes beauty and pharmacy sales.

In food, most of the e-commerce revenue comes from click-and-collect, which allows customers to make purchases online for pickup at stores or lockers. Loblaw has made a number of changes to its e-commerce business, such as offering shorter times between an order being completed and availability for click-and-collect pickup or delivery. One- or two-hour pickup windows are now its most popular option.

“We have higher growth in click-and-collect than we do in delivery. Having said that, we believe in giving our customers choice, so we’re always going to offer them different alternatives,” Loblaw president Sarah Davis said on a conference call Thursday to discuss the company’s earnings.

Loblaw is working on greater automation to increase the efficiency of filling such orders. It is building a “micro fulfilment centre” for online click-and-collect orders, which will launch this year inside a Real Canadian Superstore in Toronto. Although still in a testing phase, Ms. Davis has said that in the future such scaled-down automated facilities could serve as “hubs” to help other stores fill orders more efficiently by using automation instead of asking store staff to do so manually.

The company is also investing in automation for product distribution in stores. It is testing automated fulfilment for its pharmacies’ highest-volume prescription medications at centralized facilities. And last month, Loblaw announced plans to close two distribution centres over the next two years in Laval, Que., and Ottawa. Those operations will move to an automated facility in Cornwall, Ont., which is being expanded. The company said on Thursday that the Cornwall facility will be four times more productive than the ones it is shutting down. The closings will eliminate nearly 800 jobs at the two existing distribution centres, although some jobs will be added at the Cornwall location. The company said it expects restructuring costs in 2020 and 2021 related to the closings.

Loblaw is also following food trends with its private-label products such as the President’s Choice line. The company is exploring expanded meal-kit offerings, especially in urban markets. And it wants a slice of the market for meat alternatives. Imitation meat not containing animal products, such as those sold by Beyond Meat Inc. and Impossible Foods Inc., have been making inroads both in quick-service restaurants and at grocery stores. “A big focus area for us will be non-meat proteins,” Ms. Davis said on the call.

The retailer reported that the average price of goods at its food retail stores was roughly flat in the three months ended Dec. 28, lagging national food price inflation of 3.7 per cent according to the Consumer Price Index. Food same-store sales growth – an important retail metric that tracks comparable sales in stores open more than a year – was 1.9 per cent, but excluding the effects of Thanksgiving sales that fell in the fourth quarter of 2019 rather than earlier in the prior year, same-store food sales were up just 0.8 per cent. The company’s food banners account for roughly 70 per cent of Loblaw’s revenue.

The company's overall retail segment growth was driven by Shoppers Drug Mart, which reported same-store sales growth of 3.9 per cent in the quarter.

Costs continued to rise in the quarter and Loblaw foresees further cost increases in 2020. In the year ahead, the company will continue an ongoing plan that began in 2018, to reduce costs and complexity in its operations. Those efforts led to $24-million in restructuring and other charges in the fourth quarter. 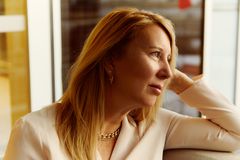 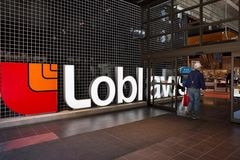