Shareholders of Canada’s largest grocer rejected a proposal that Loblaw Companies Ltd. determine the feasibility of paying its employees a living wage — one that varies by location and is calculated by its cost of living.

“Socially responsible companies contribute to the economic well-being of communities by providing direct and indirect employment preferably at rates that reflect the true cost of living. We believe the living wage reflects those costs,” said a speaker from Vancity Investment Management Ltd., which submitted the shareholder proposal at Loblaw’s annual general meeting of shareholders on Thursday.

The proposal called for Loblaw to review the feasibility, cost and benefits of implementing a living-wage policy for its employees, suppliers and contractors. It asked for the company to report findings to shareholders by the end of the year.

A living wage is an hourly rate set by looking at an area’s typical expenses such as food, housing, transportation, child care and other expenses. It is calculated annually.

In Metro Vancouver, workers paid a living wage would receive $20.91 an hour, according to a report from the Canadian Centre for Policy Alternatives. If two adults worked full-time at that wage, they could support a family of four, according to the report.

Loblaw’s board of directors recommended shareholders vote against the proposal in its annual proxy circular. It reasoned the proposal oversimplifies compensation practices and won’t give the company the flexibility it needs, saying the board must ensure compensation practices “are flexible enough to allow the company to maintain its competitive position and adapt in an ever-changing retail landscape.”

Additionally, the “enormous time and resources” it would take to undergo the review is an inefficient use of resources, it said, and the policy would not have any bearing on workers covered by collective bargaining agreements.

The speaker countered some of these arguments when presenting the proposal at the meeting, saying the analysis would provide a factual basis for evaluating how fair the company’s compensation policies are and is an efficient use of resources as it would assure shareholders the company is a responsible employer.

Chief executive Galen G. Weston pointed shareholders to the recommendation made in the proxy circular to vote against the proposal before adding that fair compensation and employment practices are central to Loblaw’s success, but the question of fair wages is both important and tremendously complex.

While Loblaw encourages the debate, he said, “we believe that this important public policy issue is best considered by our public institutions as it is far wider in scope than one company, even one as large as Loblaw.”

Ninety-seven per cent of proxies received in advance of Thursday’s meeting, which represent a majority of eligible votes, voted against the proposal, he said.

At the meeting, the majority of shareholders followed suit. Although no final tally was immediately provided.

One disgruntled shareholder further questioned Mr. Weston on the issue during the meeting’s question-and-answer period. He said he wasn’t clear on how many more resources it would take for Loblaw to conduct the analysis beyond the work it has already done around the affect rising minimum wages in some provinces would have on the company.

“This is a national public policy question,” Mr. Weston responded, to which the shareholder retorted that it is not.

Shareholders also rejected a second proposal at the meeting, asking the board to institute an independent chair of the board. Currently, Mr. Weston also serves as chairman.

An independent chair would be particularly useful at the company, the proposal stated, where it was revealed last year it participated in an alleged industry-wide bread price-fixing scheme.

The board recommended shareholders vote against the proposal, and the majority followed its directive. 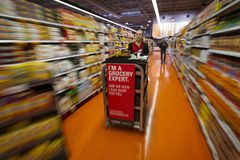 Person involved in price-fixing scheme fights to keep name out of spotlight
April 26, 2018 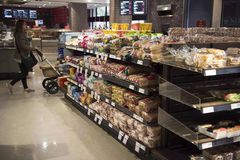 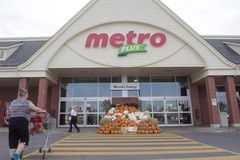