With malls closing and shops deserted because of provincial shutdowns and the coronavirus pandemic, retail tenants are scrambling for relief from their landlords.

Some say they will refuse to pay the rent and others are asking for a waiver or a deferral as federal and local governments clamp down on activity and tell Canadians to stay at home.

“We are definitely considering withholding rent. We don’t have the sales from the previous month to provide us with rent for April,” said Brad Chenkis, owner of After Five Fashion, a family-run evening wear store that leases space in a Cadillac Fairview mall in Richmond, B.C. “We saw a massive decline in shoppers. Our sales have hit an all-time low.”

Cadillac Fairview, which runs 19 malls across the country, did not immediately respond to a request for comment.

Quebec’s provincial government told movie-theatre chain Cinémas Guzzo to close its doors as of March 15. Chief executive Vince Guzzo has sent letters to the landlords at his cinema properties, informing them that he would not be paying rent as long as the theatres remained closed. He said he would defer those payments and add them on to the end of his leases.

Also a landlord himself, Mr. Guzzo said he has provided similar flexibility to his tenants. “If mortgage payments are suspended, landlords really don’t need the money,” he said. “The biggest fear we all have is to keep our cash flow available for the real emergencies."

Vanessa Yakobson, CEO of Blo Blow Dry Bar, said the franchisees who operate the chain of hair-styling salons have asked their landlords for rent relief and have yet to hear back. The chain has locations in Ontario and British Columbia, as well as across the United States.

Leases, which include force majeure clauses that cover events outside of the parties’ control, typically require the tenant to continue paying the rent. Events such as “rebellion, insurrection and act of God,” can delay services but does not “excuse the tenant from payment of rent or the landlord from payment of amount that it is required to pay,” said one mall tenant’s lease viewed by The Globe and Mail.

"People are looking at the force majeure clauses in their leases, which deftly preclude situations such as this,” Ms. Yakobson said.

It’s a huge problem for retail landlords and their tenants, both of which have bills to pay.

Oxford Properties, Ivanhoé Cambridge and Cadillac Fairview have shuttered their malls in the provinces with only drugstores and some food retail open. That includes well-known malls in Toronto, Oxford’s Yorkdale and Cadillac Fairview’s Eaton Centre, which, like all other shopping centres, have suffered from a precipitous drop in traffic in March.

They are continuing to operate in other provinces at reduced hours and are only allowing takeout at their food courts.

Some landlords have been pro-active with their tenants. Ivanhoé Cambridge, the real estate company owned by the Caisse de dépôt et placement du Québec, is deferring rent for their mall tenants in Quebec. Ivanhoé Cambridge has not provided relief for Ontario tenants, although has said it is “evaluating similar scenarios in the different provinces” in which it operates.

Neither Oxford nor Cadillac Fairview has said publicly whether it would offer tenants relief.

Walmart Canada said on Wednesday that it would waive rent for a two-month period for the hundreds of tenants that operate shops within its stores. Many of those shops, including hair salons, lottery shops, nail salons and others, have had to close their doors because of the shutdown.

“The idea that they would have to pay rent in a situation where they’re either forced to shut down or might be operating but not at the same level of customers would be a significant burden,” said Rob Nicol, Walmart Canada’s vice-president of corporate affairs.

Walmart Canada is among the few retailers, including grocers, discount stores and drugstores, that have seen a jump in sales as Canadians race to stock up on food, toilet paper and other supplies. Meanwhile, malls and other retailers are virtually empty if not closed.

“The landlord needs the rent to pay their obligations,” said Alex Arifuzzaman, a retail real estate consultant. “Morally, however, it is a conundrum. Almost like a game of musical chairs. How can they pay rent if they are legally obligated to shut down?”

After a report on Tuesday that Subway Restaurants had sent a letter to landlords in the U.S. saying it might delay or cut rent payments, Subway Canada said it had not sent such letters but is helping franchisees to navigate rent abatement, reduction and deferral.

RioCan REIT and SmartCentres REIT have said they are deferring rent on a case-by-case basis for tenants that have suffered great losses owing to the coronavirus crisis.

But tenants don’t even think a deferral is enough with no revenue coming in.

“The fear is that even if these payments get tacked on at the end, these aren’t people who are generating tons and tons of cash flow,” Ms. Yakobson said. “To put them in a position where they need to set aside thousands of dollars to make deferred rent payments, that’s only going to contribute to economic strife down the road.”

‘Our moment of truth’: CIBC’s Victor Dodig on the bank’s role in coping with coronavirus Subscriber content
March 25, 2020 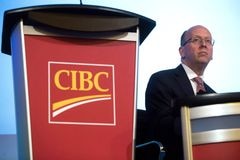 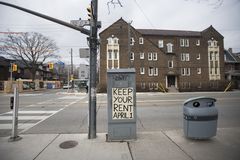 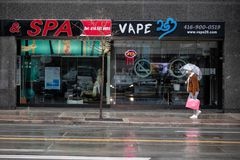 Follow Susan Krashinsky Robertson and Rachelle Younglai on Twitter @susinsky @rachyounglai
Report an error Editorial code of conduct
Due to technical reasons, we have temporarily removed commenting from our articles. We hope to have this fixed soon. Thank you for your patience. If you are looking to give feedback on our new site, please send it along to feedback@globeandmail.com. If you want to write a letter to the editor, please forward to letters@globeandmail.com.
Comments