Many front-line workers in the grocery, banking, food and retail sectors will receive temporary pay increases to reflect the hardship and increased danger of their work, though labour groups are calling for broader access to hazard pay and protections for workers exposed to risk.

Loblaw, Sobeys, Dollarama, Cargill, Giant Tiger and Walmart Canada are among the firms that have announced a pay bump. Several big banks are offering extra per diem pay for workers who have to be on-site, along with additional paid days off if they need to care for family members or themselves.

Responses have been uneven. Front-line workers in some industries, such as personal support or cleaning, have not yet seen wage adjustments.

Governments in Canada, at least so far, have not stepped in with regulations mandating wage bumps for front-line workers in industries deemed essential, York University labour expert Steven Tufts said.

Major grocery retailers have voluntarily increased pay for staff in their stores and distribution centres by about $2 an hour. Companies, Prof. Tufts said, have the incentive to offer “pandemic pay” for two main reasons: It encourages staff to continue to come into work and it may preclude governments from stepping in with steeper, more prolonged wage increases.

“It’s really hard to convince people to come to work and risk the health of their families for $14 an hour,” Prof. Tufts said.

As a policy, hazard pay is nothing new; it has existed in various industries for years. Where pandemic pay gets complicated is when it comes to rolling it back, Prof. Tufts said. “All of this is temporary,” he said. “Who is going to decide when the person goes from $16 back to $14? At what level of new [coronavirus] cases per day is it determined that this is no longer an issue?”

Prof. Tufts said another way employers could consider rewarding staff is through shift-retention bonuses, in which workers who show up for a set number of shifts during the pandemic period are paid an additional lump sum. He noted that providing workers with drastic wage increases brings its own challenges, including having the effect of compelling people to come into work even if they are feeling unwell.

Montreal-based Dollarama Inc. said Tuesday it has implemented a 10-per-cent pay increase, through to July 1, for all store employees as well as distribution and warehouse workers. Cargill Inc., a global food manufacturer whose Canadian headquarters are in Winnipeg, is instituting a temporary $2 hourly wage increase and a bonus incentive program, starting this week and running until May 3.

Royal Bank of Canada is introducing extra daily compensation of $50 a day for on-site workers who earn a base salary of less than $65,000 a year. “These are among the most demanding days we will see in our working lives, and we appreciate it hasn’t been easy,” it said in an internal memo.

Still, some unions are calling for a statutory top-up “battle pay.” “I’m hoping we’ll see more of that, but it needs to be mandated” by government so that all workers in high-risk occupations are entitled to a premium, said Mark Rowlinson, assistant to the national director for the United Steelworkers, which has 225,000 members.

Mr. Rowlinson said some union members, such as security guards, are working in drugstores, offices and grocery stores, where they have to interact with people. “They’re going to be in a challenging position,” he said.

While major grocers and banks are rolling out hourly wage increases or daily stipends for public-facing workers, there are some companies that are not providing pay bumps in light of the health risks associated with the pandemic.

Bill Houston, co-owner of Sunshine Building Maintenance, based in Burlington, Ont., said workers who provide janitorial services to long-term care homes are receiving their regular pay. “That’s the world they live in,” he said, noting that cleaners always wear gloves and will use additional personal protective equipment on a case-by-case basis. “We deal with outbreak precautions in long-term care all the time. That’s just the nature of that industry.”

So far, Sunshine has not been asked to disinfect a site where someone has tested positive for the novel coronavirus. Should that situation arise, anyone asked to clean the location would be paid a sizable hourly premium, Mr. Houston said.

Urgent, additional measures are needed for workers still on the job, said Deena Ladd, executive director of the Workers’ Action Centre in Toronto – namely paid emergency leave so that staff, especially low-wage workers, can take time off if they are sick or caring for loved ones. “If you don’t have paid emergency leave days, then you are going to work sick because you don’t have a choice.”

In a bid to encourage self-isolation, some countries have relaxed their rules around paid sick days.

Britain, which has moved aggressively on wage subsidies, with a promise of government grants covering up to 80 per cent of furloughed worker salaries, said it will effectively reimburse small businesses for statutory sick pay provided to staff affected by the coronavirus.

With reports from reporters James Bradshaw and Rita Trichur in Toronto 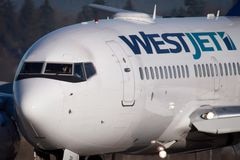 Air Canada to furlough up to 600 pilots as coronavirus slashes flights
March 24, 2020 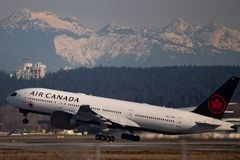 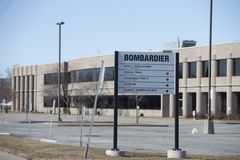