Metro Inc. says a strong economy and low unemployment are driving customers to its full-service grocery stores and helping to offset the intense promotional pressure, mostly from discount chain competitors.

“The strength of the economy in both Quebec and Ontario, combined with low food inflation, currently favour the full-service supermarket, and we are pleased with the performance of the Metro banner in both provinces,” CEO Eric La Fleche said Tuesday during a conference call about its second-quarter results.

The Montreal-based grocery company said it earned $106.9 million in its latest quarter, down 19.3 per cent from $132.4 million a year ago. The decrease was attributed to a shift in the Christmas week to the first quarter and the loss of its share of Alimentation Couche-Tard earnings following the sale of most of its stake in the convenience store chain.

Metro recorded a gain of $1.1 billion on the sale. It plans to eventually sell the remaining stake.

Sales for stores open at least a year — a key retail metric — were down 1.2 per cent, but would have been up one per cent excluding the shift in the holiday period, the company said.

La Fleche said he believes Loblaw’s $25 gift cards, related to its participation in what it alleges is an industry-wide bread price fixing scheme, had a material impact on consumer shopping, adding that the price and promotional environment was compounded by the gift cards.

“So ourselves, competitors, we will defend market share and if there’s competitive activity that’s out there that we need to compete with, we will,” he told analysts. “But to say that it had no impact would be pushing it. To say how much exactly, hard to say. It’s a competitive fact.”

Loblaw Companies Ltd. has attempted to mitigate potential damage from an investigation into an alleged industry-wide bread price-fixing scheme through its admission of guilt and offering the gift card.

Metro and major grocery rival Sobeys, which deny any wrongdoing, have criticized the gift cards as a way for Loblaw to salvage its reputation even as they admitted wrongdoing.

La Fleche also said the hike in Ontario’s minimum wage to $14 an hour in January had an impact on Metro’s results, although it controlled expenses as much as possible to offset the impact. He added that other employment law changes, such as part-time pay equity in Ontario will put additional pressure on operating costs.

He said Metro is preparing to close the $4.5-billion acquisition of the Jean Coutu Group on May 11, after the Competition Bureau approved the purchase but said it must sell 10 pharmacies in eight Quebec communities.

La Fleche said Metro negotiated to retain all the pharmacies but is satisfied with the outcome. He vowed to treat the franchisees of these stores mainly in small communities correctly with no interruption of service to customers.

He said he expects a smooth transition that will create a larger, stronger network to better meet customer needs and be good for its shareholders.

The deal closing means Jean Coutu won’t report its latest results. Going forward, those numbers will be incorporated in Metro’s overall financial results, although some details may be flagged as warranted. 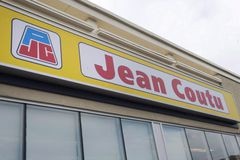 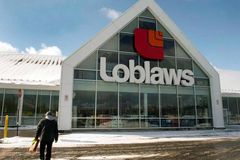 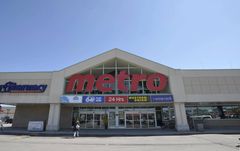