The series: We look at manufacturing companies that are using technology to create “smart factories” fit for long-term global competitiveness.

Regular, unadorned milk remains a staple, and that’s part of a problem.

Canadians tend to see milk as fresh, unchanged, sacrosanct, but then they look for other beverages when they get bored with it. So, as general manager of fluid milk and distributor sales at Parmalat’s office in Toronto, Mr. De Palma wants to – in fact needs to – make milk more exciting, as does the rest of the industry.

Innovation means bringing in new manufacturing methods, new milk flavours, new formulas into a sector that’s aging and somewhat stuck in the past. Made all the more difficult by a product that spoils so quickly.

But innovation is happening, because it has to, industry watchers say. Overall milk consumption continues to decline. Almond and soy drinks continue to siphon off customers. The usual link between milk consumption and demographics – that is, when the population rises, overall milk consumption typically rises – has weakened, some note. Many new Canadians may more readily reach for a glass of yogurt-based lassi or a salty, yogurty ayran. And among those consumers buying milk regularly, alternatives such as lactose-free milk are stealing away customers, in this age of growing dietary intolerance.

“There is a mix of what people are buying, but overall consumption is still in decline,” Mr. De Palma said.

To stem this drop, Parmalat Canada, a subsidiary of Parmalat SpA of Italy, has launched a new plastic bottle for its Lactania PurFiltre brand. This may hardly seem revolutionary, but for Parmalat, it’s a step within a larger strategy.

The bottles' size (1.5 litres) is out of the norm, different than regular one- or two-litre cartons, or bags and common milk jugs. They’re made of polyethylene terephthalate (PET) rather than the usual high density polyethylene (HDPE) for plastic jugs, with a bottle shape designed to make it look unlike other milk bottles on the dairy shelf.

This, of course, entailed equipping plants with new machinery and production methods, including equipment that can handle other kinds of milk processing, which can give the milk a longer shelf life. Parmalat hopes that the new-look, PET bottles, which are recyclable and BPA free, are a step in keeping milk fresher, longer, broadening its reach into new markets.

“Those bottles will have 60 days of shelf life after production, compared to a carton which hovers between 39 to 50 days, depending on the product. That shelf life gives us two things: one, the ability to launch innovation and sell it from coast to coast as much as we can; and two, to introduce new categories of milk in provinces that currently don’t have them,” he said.

For instance, Parmalat plans to introduce micro-filtred milk to the Western Canadian market, which involves filtering the milk more finely than normal pasteurization and removing the cream, pasteurizing it and then adding it back. That process and the newer bottles allow for longer shelf life and therefore wider distribution, Mr. De Palma said. Parmalat’s plants are concentrated mostly in Ontario, stretching east to Montreal, and west to Winnipeg (where Paramalat opened a new plant last year in St. Boniface) and Calgary.

“All the plants we have today came from prior acquisitions,” and most are decades old, except for the new Winnipeg operations, Mr. De Palma said. So, not only is innovation in the milk industry hindered by limited shelf life, but most plants were built at a time when milk consumption per capita was up, which generally meant that production was geared more toward introducing new products in large batches.

Yet, with overall consumption down, “every drop of milk that we manufacture year over year becomes more expensive,” Mr. De Palma explained. This means that manufacturing has to be tailored to consumer demand for different and more varied milk products.

Finally, complicating things further is the practice of grocery stores and other retail chains, which often have exclusive deals with milk companies. (No grocery store would want to stock every brand of regular milk. Imagine the amount of unsold product spoiling.) So, “the only way you can work with those retailers on [better ways for] selling milk is to launch innovation, where it does exist currently in the market,” Mr. De Palma said.

“So, for us, when I took this position a few years ago, I told the organization, based on how the market was going and how milk is negotiated into the [retail] market, that if we don’t do a drastic change in how we do business and how we attract customers, and bring back volume and excitement back to the milk category, we should be closing our plants in the next five years,” he said.

Bertrand Montel, an agricultural economics consultant at Groupe Agéco, with a background in dairy, noted that “in Europe, especially in France, there is a lot of innovation, and I’m constantly amazed when I go back to France to see how many different dairy products there are in retailers.” In France, the primary packaging is ultra-high temperature processed milk sold in boxes with a very long shelf life.

The slower innovation in Canada is partly due to supply management, he said, which helps to stabilize milk supply, ensuring that producers get the milk they need to make their dairy products. This can keep the cost of milk expensive for milk companies, he noted. And so, “I think for a long time, the pace of innovation was quite slow in Canada, because the consumption was not conducive to innovation. We were quite traditional in our consumption,” Mr. Montel noted.

At Parmalat, Mr. De Marco gave a call to arms three years ago to introduce the new bottle, with new flavours of milk to come. The idea is to use existing facilities equipped with the new bottle technology, “and then we would be able to expand and test the market. If that market test works well, then we could probably even offer a different lineup with different packaging,” Mr. De Palma said.

Parmalat has more than a dozen new milk products in the pipeline, with Mr. De Palma hinting that some are different milk flavours and some are micro-filtred and lactose-free recipes. Different flavours and recipes for cream are likely, too.

In short, Parmalat Canada is looking to Europe for inspiration. Multiple varieties have long been offered there in one-litre bottles, often sold in boxed Tetra Paks. “That’s probably the main difference in consumption. Because they are using that technology now, they’ve been able to introduce and launch different types of flavours, programs, recipes, a much higher variety,” Mr. De Palma said. North American markets have boxed milk too, but it hasn’t caught on as much. “There’s a lot more variety in Europe than in North America. So for us, we’re going to be looking at some of those European trends and see what works for North America.”

That, of course, depends on conservative Canadian tastes becoming more receptive to different milk styles. “Not everything works today, but sometimes innovation works in mysterious ways,” he added, “where you’re thinking of launching something new today, it doesn’t work, but five years from now, it may catch on.” 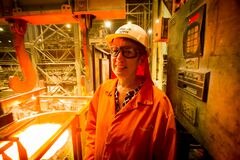