A Hollywood studio wants to sue 55,000 Canadians for sharing movies online in a bid to win millions of dollars in legal settlements for copyright violations.

Just a few years into a new copyright regime meant to balance the rights of creators with the protection of internet users, one law firm has already sued close to 4,000 Canadians for allegedly sharing a grab bag of movies online without permission.

And if lawyers for the studio Voltage Pictures can convince the Federal Court to allow it at a hearing in September, they plan to sue a further 55,000 individuals in one shot through a novel legal procedure called a “reverse class action,” hoping to extract payments of up to $5,000, the statutory maximum amount, for each claimed violation.

The mounting cases are raising concerns that Canada’s copyright regime is being used to take advantage of consumers who feel compelled to agree to settlements of up to $5,000 rather than racking up legal fees to defend themselves.

David Fewer is director of the University of Ottawa’s Canadian Internet Policy and Public Interest Clinic, which is intervening in the proposed reverse class action. He’s concerned the case could lead to a “litigation mill” related to file sharing. “This copyright troll litigation is not really about being compensated for harms or loss for unlawful infringement. It’s about monetizing the fear and uncertainty and the expense of involvement in the litigation system.”

Mr. Fewer said reverse class-action proceedings are unusual and typically used when a number of defendants share the same interest and can benefit from pooling resources to mount a common defence. He cited patent lawsuits in the United States in which defendants came together.

Frequently called piracy, illegal sharing of copyrighted materials online is often done through BitTorrent, an internet communication protocol that allows computer files to be distributed over the web between multiple users. In the Aird & Berlis lawsuits, the firm typically works with a forensic investigation company called Maverickeye that monitors the internet to find instances of people using BitTorrent to share movies made by the firm’s clients.

“There is widespread illegal piracy of movies on the internet,” the firm wrote in one court filing last year. “The internet is now sufficiently powerful to easily transfer movies from one person to another. This has disrupted traditional methods of distribution and has caused economic harm to movies studios.”

At the Federal Court in Toronto, The Globe and Mail reviewed the file for a case launched by Morgan Creek Productions, which owns the rights to All Eyez on Me, a 2017 biopic of Tupac Shakur. Court filings show multiple defendants have settled with the studio after agreeing to pay amounts ranging from $750 to $5,000 – the maximum penalty under the law for non-commercial violations.

Others have filed statements of defence, arguing variously that they don’t own a computer, don’t know how to download movies or don’t listen to rap music and wouldn’t have watched the film. “I have no idea what a BitTorrent is,” one defendant said. Another wrote that he occasionally rents out his property and includes free WiFi “as a good gesture," adding “it is not possible to keep an eye on the tenants all the time to see what they are doing on the internet."

A 62-year-old woman included a handwritten letter with her statement of defence, saying, “I just want to let you know you have the wrong person. … I’ve never had such a thought or any intent of committing such act. I am sorry for what has been going on, and sorry you have to go that far.”

Kenneth Clark, the Aird & Berlis lawyer representing the Hollywood studios, said his clients would not allow him to comment for this story.

Legal experts who spoke with The Globe say because these cases almost always settle before going to trial, there is no case law on issues such as whether landlords are responsible for their tenants’ internet use or how much an individual should be ordered to pay for allegedly sharing one movie online.

“People assume they’re potentially liable for up to $5,000 and that’s precisely the kind of number that’s going to mean seeking legal advice and going through the process of defending yourself may not be a wise economic decision,” said Carys Craig, a professor of intellectual-property law at Osgoode Hall Law School in Toronto.

“When copyright owners do this at scale [rather than suing one person at a time] and with the kind of ease and efficiency that this reverse class-action mechanism provides, then that number is going to add up fast such that it becomes a potentially very lucrative business model in itself.”

Ren Bucholz, a Toronto lawyer who has represented multiple clients in response to Aird & Berlis copyright lawsuits, says he is concerned that in the vast majority of cases it does not make financial sense to mount a defence. "That really drowns out the ability of the courts to consider the legal questions that are genuinely raised by these cases.”

The federal government’s overhaul of copyright law in 2012 aimed to protect the rights of copyright owners while still encouraging freedom of expression and the use of new communications platforms.

“There was a clear policy direction to move the focus away from end users – everyday, generally law-abiding citizens engaging in their own personal activities for entertainment purposes in their own homes," Prof. Craig said. The law was meant to target “primarily commercial users,” such as websites or other similar operations making money off illegal sharing of movies or television shows online, she added.

The legislation established the “notice-and-notice” system, which came into force in 2015 and allows copyright holders to demand internet service providers (ISPs) send notices to customers linked to IP (internet protocol) addresses associated with illegal file sharing. Users receive an e-mailed warning of copyright infringement but the ISP does not share its customers’ identities with the rights holders.

Many content owners have been sending out notice requests and ISPs have developed automated systems to handle the high volume. Rogers, for example, which has 2.4 million internet subscribers, says it receives more than two million notice requests a year. And TekSavvy, an independent ISP with about 300,000 customers, gets “tens of thousands” of requests every week, according to vice-president of privacy Janet Lo.

However, the majority of rights-holders do not sue end users, which involves taking the additional step of seeking a court order for the ISP to disclose individual internet users’ names and addresses.

While producers of highly popular and frequently pirated shows such as Game of Thrones often decide it’s not in their best interests to turn their fans into “targets or enemies,” Prof. Craig said that logic does not apply to the same extent to the owners of less successful content. Voltage is claiming five movies were shared online without permission in its proposed class action: The Cobbler, Pay the Ghost, Good Kill, Fathers and Daughters and American Heist.

Rogers and TekSavvy have both been involved in a number of legal disputes with studio clients of Aird & Berlis. Ms. Lo says TekSavvy wants to protect its customers’ privacy and has objected to disclosing names in instances in which it believes the firm has not provided high-quality evidence.

Rogers fought Voltage in the proposed reverse class-action case over the cost of identifying users. The Supreme Court ruled last year that ISPs are entitled to their “reasonable” costs of complying with a court order to hand over subscriber names (but not to any costs associated with the “notice and notice” system of warning notices).

But what is “reasonable” is still not certain – Rogers and Voltage have another court date in June to argue about that, and Rogers has said the work costs $100 an hour. If the court decides a copyright holder must pay ISPs an amount approaching $100 to identify each user, it could make the cost of filing a lawsuit with 55,000 defendants prohibitive.

Voltage identified a Richmond Hill man, Robert Salna, as a proposed “representative defendant” in the class action. Mr. Salna is a landlord and Voltage claims users of an internet account for which he was responsible illegally shared five of its movies.

“If successful, [Voltage] stands to monetize online file-sharing and obtain statutory damages of between $100 to $5,000 per defendant – all in circumstances where the movie title could have been purchased for approximately $9.99 on Amazon or digitally rented for $3.99,” lawyers for Mr. Salna wrote in a court filing.

“On the other hand, if Salna succeeds, he gets nothing. If he loses he will most likely be liable to pay statutory damages in the vicinity of $500 all in circumstances where his estimated [legal] costs … are estimated to be [almost $130,000].”

The Canadian government is in the midst of a review of copyright legislation (the 2012 act called for a parliamentary review every five years) and during a committee hearing in November, intellectual property lawyer Howard Knopf raised concerns about litigation against individuals.

“We’re seeing a proliferation of troll-type activity in Canada now that is driving normal people crazy with demands for $5,000. The enforcement is getting out of hand actually. We’re getting too much.” 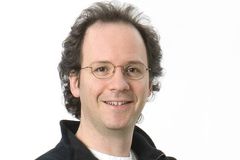 Opinion
Everyone loves music streaming – except Beyoncé, and every other musician
Subscriber content
April 25, 2019 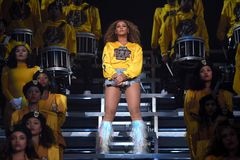