Organigram Holdings Inc. sent a shock through the cannabis sector on Monday evening when the company revealed a dramatic revenue miss due to industry oversupply and product returns – two problems that are top of mind for cannabis companies and investors during a critical week of earnings.

Organigram now expects its quarterly sales to decline 34 per cent compared with the previous quarter. The announcement sent the company’s share price down 20 per cent on Tuesday.

Producers are now growing more cannabis than is being sold in legal retail stores, and wholesale price compression and product returns are starting to show up in financial statements.

New Brunswick-based Organigram doesn’t report its fourth-quarter financial results until Nov. 25, but it is expecting to announce $16.4-million in sales, down from $24.8-million the preceding quarter. The company said it shipped $20-million worth of product, but expects $3.7-million to be returned unsold.

“While we have largely anticipated little to no top-line growth for upcoming Canadian LP [licensed producer] results, the magnitude of the sequential decline is unexpected,” wrote Eight Capital analyst Graeme Kreindler in a note on Tuesday.

Organigram blamed its poor quarter on the low number of retail stores in Ontario – only 24 legal stores are open – as well as the increase in supply across the industry. In the lead up to the wave of earnings this week, analysts have been warning that the vaults of provincial wholesalers are filling up with product that retailers don’t want and wholesalers are making fewer new purchase orders.

Michael Gorenstein, chief executive of Cronos Group Inc., highlighted the challenges facing the Canadian market on an analyst call on Tuesday morning, after Cronos reported $12.7-million in quarterly sales, up from $10.2-million in the preceding quarter but short of consensus expectations.

"The number of retail stores as well as warehousing and logistics needs are in the process of catching up to meet the demand of consumers. As a result, we're still not able to fully reach the long-term total addressable market represented by this population," Mr. Gorenstein said.

Although Cronos doubled the number of kilograms of cannabis it sold in the quarter, a large portion of those sales were low-priced bulk sales to other producers. Mr. Gorenstein acknowledged that Cronos was “opportunistically” unloading cannabis on the wholesale market, owing to expectations that prices were about to drop sharply.

Tilray Inc., which reported after markets closed on Tuesday, showed relatively strong sales growth, with revenue increasing to US$48.2-million from US$42-million the previous quarter. However, the company reported a net loss of US$35.7-million and an adjusted earnings before interest, taxes, depreciation and amortization (EBITDA) loss of US$23.5-million, both worse than analysts had expected.

Cannabis companies are hoping that derivative products, such as cannabis-infused edibles and vaporizers, will help drive sales and widen profit margins when they enter the market later this year. But concerns are emerging that these “Cannabis 2.0” products may take longer than expected to show up on store shelves.

On Tuesday, MediPharm Labs Corp., a cannabis-extraction company based in Barrie, Ont., reported strong revenue growth as well as a $5.4-million profit, something rare in the cannabis industry. Still the company’s stock dropped 12.5 per cent.

In a Tuesday morning analyst call, MediPharm’s CEO Pat McCutcheon said that derivative product sales might not have a significant impact on the company’s revenue until the second half of 2020.

“Various retail distribution models used by different provinces have resulted in backlogged orders … [and] we expect the cadence will likely not measure up to initial expectations in the near term,” Mr. McCutcheon said.

All eyes are now on Canopy Growth Corp. and Aurora Cannabis Inc., Canada’s two largest cannabis growers, which both report earnings on Thursday. 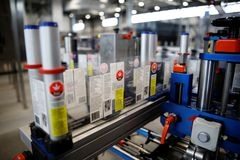 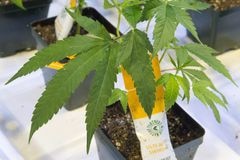 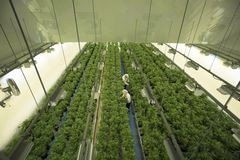