Consumer advocates say newly released data on wireless prices show that Canada’s three national carriers have made little progress toward meeting Ottawa’s demand that they cut the cost of their mid-tier plans by 25 per cent.

On Tuesday, Ottawa published its first quarterly report tracking the prices of those plans between January and June of this year. Data on three gigabyte and five gigabyte plans are also included.

The report found that BCE’s Virgin Mobile and Rogers’ Fido were not advertising two-gigabtye and four-gigabyte plans in most provinces in June, while Telus’s Koodo brand continued to offer the plans at $50 and $55, respectively – unchanged from January. None of the three carriers offered six-gigabyte plans in any province except Quebec, where the price remained stable at $60. Five-gigabyte plans – for which the government has not set a benchmark or a target price – came down by $10 in most markets.

Laura Tribe, executive director of OpenMedia, an organization advocating for widespread inexpensive internet access, said the fact that the carriers have stopped offering some of the plans that are being measured makes it difficult to hold them accountable.

“It does not look like anything has changed or any progress has been made since the benchmarks were set in January,” she said.

While she applauded the government for collecting the data and making them publicly available, Ms. Tribe said carriers should be required to lower the prices of all of their plans, not just the mid-tier ones. “Part of the challenge with how this is being done is that they picked a specific segment of data plans that so much of the country has already deemed to be insufficient,” she said, referring to consumers’ growing data-consumption habits.

“They’re never going to do that, not without real competition to make them,” he said. He pointed to Quebec, where the three national carriers face competition from Quebecor Inc.‘s Videotron. In that province, Fido, Koodo and Virgin were offering two-gigabyte plans for $35 – below Ottawa’s national target price of $37.50 – back in January.

Navdeep Bains, the Minister of Innovation, Science and Industry, said he’s optimistic that the government’s targets will be met.

“If the Big Three service providers do not hit these targets then we will not hesitate to use other tools in our regulatory toolbox to achieve this goal,” he said.

That could include setting aside more spectrum – the radiowaves used to send wireless signals – for regional competitors or forcing carriers to open their networks to wireless resellers, referred to in the industry as mobile virtual network operators, or MVNOs. (The Canadian Radio-television and Telecommunications Commission is currently mulling such a policy.)

Marc Choma, a spokesperson for BCE’s Bell Canada, called the government data “a snapshot in time” and said prices have been coming down across the country. Bell now has four-gigabyte and six-gigabyte plans available for $5 below the benchmark prices and is on track to meet the government’s targets, he said.

“We continually adapt our offerings in response to consumer demand and to provide ever greater value, like our eight-gigabyte plan which offers 33-per-cent more data for the same price as the six gigabyte $60 government benchmark,” Mr. Choma said in an e-mail.

Telus, meanwhile, said it offers two-gigabyte, four-gigabyte and eight-gigabyte plans through its Public Mobile brand that surpass the government’s targets.

“We are committed to developing plans that meet the needs of Canadians and will continue to refine our offerings as those needs evolve,” Telus spokesperson Erin Dermer said in an e-mail.

The company is also expanding its selection of large data plans, such as offering a 20-gigabyte plan for $75, Ms. Dermer added. “This plan was very popular with our customers, demonstrating that when given the choice, Canadians continue to opt for larger data buckets.”

Rogers spokesperson Andrew Garas said that over the past five years, the cost of data has decreased by 50 per cent across the company’s brands. “We continue to evolve our services to deliver more affordability, value and choice to meet the needs of Canadians,” he said.

Despite 5G buzz, development of phones, networks is still in early days
July 26, 2020 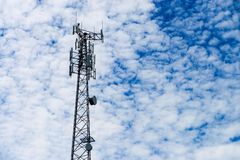 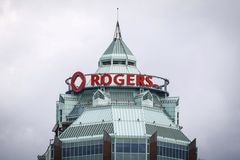 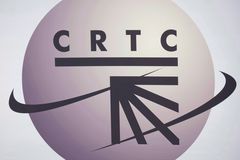