Josh O’KaneTechnology Reporter
Published May 27, 2019 Updated May 28, 2019
For Subscribers

Ottawa is asking social media and other digital platforms to help combat the spread of misinformation in the run-up to the fall federal election with a series of new expectations that stop short of any stringent regulation.

Democratic Institutions Minister Karina Gould provided details Monday on a “declaration on electoral integrity” in the House of Commons that the Liberals had developed in a bid to ensure a fair, free election. Much like the “digital charter” her government announced earlier this month to protect Canadians’ privacy and give them better control over data collection, it stops short of immediate legislative action – instead acting as a “call to action” that Ottawa hopes information-spreading tech companies will follow.

Ms. Gould said in January that the Liberals would set up safeguards to prevent interference in the election, including creating a team of senior bureaucrats to inform the public if security agencies discover serious threats. Those safeguards did not include any regulations for social-media companies that could be used to spread disinformation, prompting criticism from opposition MPs.

Ms. Gould outlined a number of expectations Monday. Platforms will be expected to use any available tools to combat the spread of misinformation, including the misrepresentation of political candidates, while being transparent about when and why users see political advertising. Platforms will also be expected to remove fake accounts and inauthentic contents and help users better understand information sources. The government, meanwhile, has promised to set up dedicated points-of-contact for election-related issues, and work together with tech companies to improve digital literacy.

“We’ve seen that the tools that were once used to strengthen civic engagement are being used to undermine, disrupt and destabilize democracy,” Ms. Gould told Parliament. “… To ensure the integrity of online content, we expect platforms to intensify efforts to combat disinformation.”

Facebook, Microsoft and Google have agreed to support the declaration in conjunction with the federal government. A spokesperson for Twitter said the company would need to review details before commenting.

NDP MP Daniel Blaikie told the House that he was disappointed by Ms. Gould’s declaration. "She essentially signalled she‘s going to take the approach of begging these large social-media platforms to do the right thing, instead of requiring them to do the right thing … [and] putting a framework in place with some actual teeth,” he said in a subsequent interview.

Kevin Chan, Facebook’s Canadian head of public policy, said in a phone interview that a number of election-related initiatives will begin rolling out in June. Much like it has done in the United States, for instance, Facebook will require multistep authentication and verification for potential political-ad buyers, and include a step in the process involving in-person authentication.

Mr. Chan also said that Facebook would make political ads available in a “library” that would include information such as who paid for ads, the spending range for each ad and the demographics they were set to target, including gender and geography. Facebook has also set up a Canadian advisory board to advise the company on election-related issues, with members including World Wildlife Fund head and former NDP MP Megan Leslie as well as former Stephen Harper chief of staff Ray Novak.

“We want to work in partnership with the government of Canada to find bad actors and ensure there is no foreign interference,” Mr. Chan said.

Google has already said it would ban political advertising related to the federal election as part of its new transparency rules, and has made a number of commitments to ensure its platforms are not abused. In an e-mailed statement, Colin McKay, Google Canada’s head of public policy, said that the company “is committed to providing Canadians with information and services to help them participate in the federal election and we will continue to work with the government to deliver on these principles wherever they apply to Google’s products.”

In a tweet confirming his company’s commitment to the declaration, Microsoft President Brad Smith wrote that “We all must do our part to protect our electoral systems & democratic institutions.”

The latest in the federal Liberals’ election social-media plan kicks off a week in which Canada’s relationship with Big Tech is in the global spotlight. Parliament’s ethics committee is hosting a meeting of the International Grand Committee on Big Data, Privacy and Democracy, with representatives from countries including Britain, Germany and Mexico in attendance Monday night through Wednesday morning. 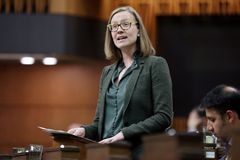 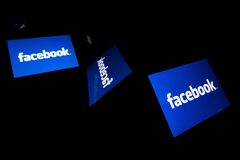 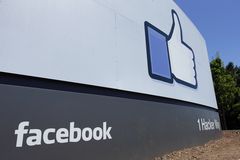