Coronavirus information
The Zero Canada Project provides resources to help you make the most of staying home.
Visit the hub
David MilsteadInstitutional Investment Reporter
Published March 22, 2020 Updated March 23, 2020
For Subscribers
Comments
Please log in to listen to this story. Also available in French and Mandarin. Log In Create Free Account

Canadian pension plans have seen their funding crater in recent weeks amid falling interest rates and a meltdown in stock markets, leaving some with shortfalls just weeks after being fully funded.

Two consulting companies say their measures of pension health suggest the typical Canadian plan’s solvency funding -- which is the ratio of assets to the estimated cost of paying future benefits -- has dropped by anywhere from 10 to 25 percentage points since the end of 2019.

Things got bad so fast largely because of the steep drop in equity markets due to coronavirus fears. The S&P/TSX Composite Index fell nearly 37 per cent from Feb. 20, its 52-week high, to Thursday’s low. The S&P 500 fell by a third over about the same period.

Pension plans have a broad mix of assets other than stocks, of course. Many have significant bond holdings, while others have diversified into real estate and infrastructure. Still, all are exposed to the public equity markets, and stocks are falling because of fears the COVID-19 pandemic will lead to a prolonged economic crisis -- one that would impair the value of nearly all assets.

The second factor, however, is that a pension plan’s liabilities -- the future benefits it must pay -- are estimated by expressing all those future benefits in present-day dollars. That math requires using current interest rate levels -- and when rates get lower, the liability gets bigger.

So, in the past few weeks, pensions have faced increasingly higher estimates of their liabilities just as their portfolio values have plummeted.

Consulting firm Mercer Canada Ltd. said its pension health index closed 2019 at 112 per cent -- a reading that suggests the plans were over-funded, with more assets than obligations -- up 10 percentage points over the course of the year. It was 103 per cent on Feb. 29, but had fallen to 89 per cent on Monday, March 16.

During the volatile action in markets over the past two weeks, the two firms’ measures sometimes swung multiple percentage points in a single day.

Ed Lee, a vice-president of the retirement practice at Morneau Shepell Ltd., said he believes the combination of declining portfolios and increasing measures of liabilities means funding ratios have likely declined at most plans from 15 to 25 percentage points so far in 2020.

The good news is that pensions are a long-term business, and most Canadian plans came into the crisis in good shape. There’s little evidence that any major plan will have trouble paying benefits to current retirees.

“We have to recognize that pension plans and retirement plans need to be managed for the long term, and we can’t lose sight of that,” Mr. Lee said. "This is something that has happened before, in terms of a drop in asset values and the drop in interest rates making the liabilities go up. But over the long term, markets have recovered.”

Ontario government data from 2018 on public and private-sector pension plans estimated that just 18 plans out of 1,364 had funding ratios below 60 per cent, and 103 were between 60 per cent and 80 per cent funded. The median funding ratio was 94 per cent. (While all provinces have some form of pension regulation, Ontario is the only province with a dedicated pension-insurance fund that helps protect beneficiaries in the event an employer can no longer pay for the plan.)

Pension plans that had a larger portion of their portfolio in equities and similar investments with an eye to long-term gains for a younger group of plan members are now considering the long-term impact of COVID-19 and whether the recent decline is “a one-off event,” said Andrew Whale, a principal in Mercer Canada’s financial strategy group.

Plans with a larger proportion of retirees who need to be paid now likely had more bonds in their investment mix, and the damage has been mitigated. (All else equal, bond prices rise as interest rates decline, so that portion of the portfolio is relatively unharmed.)

The sharp drop in equities and rise in most fixed income has thrown many plans off their target asset allocations. But Mr. Whale says his firm’s clients are taking a range of approaches, with some unwilling to pour money into the stock market.

“We’re seeing clients who are maybe a little pessimistic, and for them, it’s ‘Well, we’re not going to rebalance, we’re going to ride this out.' " Mr. Whale said. "Others might rebalance completely, or might go somewhere in between. So there’s definitely a smart rebalancing decision to be made there, without having to do something very drastic in terms of investment policy.” 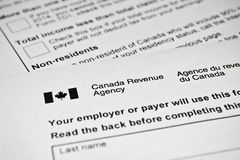 How the pandemic is highlighting Canada’s class divide
March 18, 2020 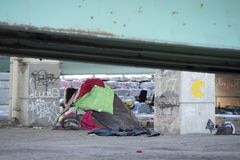