When Jaden Lawen heard about the explosion in Beirut’s port, he immediately thought about his many friends and relatives who live in Lebanon.

The blast happened on Aug. 4 when 2,750 tonnes of improperly stored ammonium nitrate detonated. Nearly 200 people died and thousands were injured.

“I am Lebanese and I do have quite a connection to Beirut,” said Mr. Lawen, a Grade 12 student at Sacred Heart School of Halifax. “I go there every summer and I have a lot of family and friends who are there.”

After seeing so much media coverage of the explosion, Mr. Lawen decided he had to try and do something. “People were posting on Instagram 'pray for Lebanon’; I thought there must be something more I can do.”

He partnered with the Canadian Red Cross and began asking for donations online. He also created a website – Halifax to Beirut with Love – with photographs of friends affected by the blast. “My wish was to be on the ground helping with my bare hands in whatever capacity I could, however, this was not possible due to the global pandemic,” he wrote on the site.

His initial goal was to raise $20,000, but he met that target within 48 hours. He’s now raised $104,000 and money is still pouring in. All of the donations are made through the Canadian Red Cross, which makes them eligible for tax receipts. “I was getting calls left and right,” he said. “I got donations from across Canada, the U.S. and Australia.”

Mr. Lawen is no stranger to taking on leadership roles. He’s head boy at Sacred Heart and president of a youth group at at the Saint Antonios Antiochian Orthodox Church.

The explosion left him feeling helpless at first, but the fundraising campaign has given him and others a chance to contribute. And he has been thrilled at the response. “It has gone further than I ever expected,” he said. 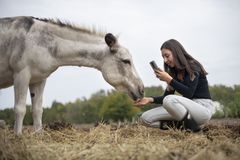 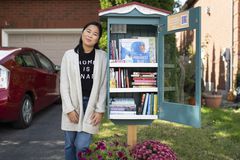 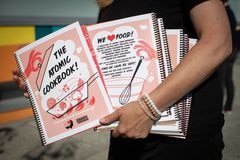