The pitch: Creating Feed the Frontlines

When the COVID-19 pandemic hit in March, Adair Roberts called a friend in New York who ran a restaurant and suggested a proposal.

“I called him and said ‘I know this is going to be a difficult time for you and I have this idea,’” Ms. Roberts recalled from her home in Toronto. Ms. Roberts works as a consultant in the mental-health field and she offered to find some local hospitals in New York that would be interested in receiving meals from the restaurant. “I’ll donate the funds to buy the meals and you deliver them,” she told her friend. “And that’s what we did.”

The program worked so well that Ms. Roberts started the service in Toronto. She lined up three restaurants, found a handful of hospitals eager to receive the meals and then started fundraising. Within a few days she’d raised $3,500, which was enough for three meal deliveries. “It just started rolling from there,” she said. She has now raised more than $500,000 and delivered more than 20,000 meals to 53 hospitals and health care organizations. The number of restaurants supplying the food has grown to seven and they were able to bring back 25 staff.

Every $20 donation buys one individually packed meal and Ms. Roberts’s team of helpers has increased to around a dozen.

She’s started a new venture with the Toronto Rexdale Community Hub, which provides a range of local services. They’ve partnered with four Rexdale restaurants to provide culturally-preferred meals to people who have no access to kitchen space or who are too frail to cook. So far they have identified 350 households and begun delivering two meals a week.

Ms. Roberts hopes to raise another $500,000 to expand the Rexdale project to three meals a week and fund services elsewhere in the city. She doesn’t expect to be doing this long term and hopes the success of Feeding the Frontlines will encourage other organizations to take over the idea. “Let’s show this works and then let’s share it with the city,” she said.

She added that she has been overwhelmed by the number of people who have donated and offered to help. “It’s amazing,” she said. “We really want to just help during this time and share what we learned.” 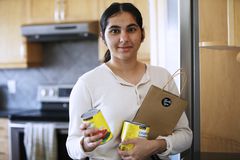 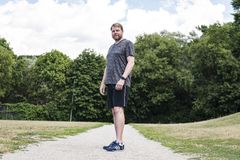 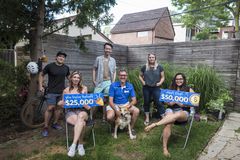