Porter Airlines Inc. is suing the owner of Toronto’s downtown island airport terminal for $21-million, alleging breach of contract, plus forgiveness of up to $45.3-million in fees in a dispute that highlights the travel industry’s COVID-19-related financial stress.

Porter filed a lawsuit on Wednesday against Nieuport Aviation Infrastructure Partners GP, owner of the terminal at Billy Bishop Toronto City airport. The filing shows both Nieuport and Porter, the dominant airline at Billy Bishop airport, resorting to tough tactics to weather the pandemic. Porter is attempting to avoid paying fees for terminal slots it’s not currently using and alleges its landlord is not doing enough to keep the facility safe for travellers. For its part, Nieuport is trying to seize three Porter planes pledged as collateral by the airline.

Airport executives say the dispute threatens growth plans at Toronto’s downtown airport. The court battle is playing out as the federal Liberals continue working on a bailout package for the country’s airlines.

Before the pandemic, Porter flew to 22 Canadian and U.S. destinations from the island airport and 2.8 million passengers went through the Billy Bishop terminal each year. Porter cancelled all flights in March, and now says it plans to resume flights on Feb. 11 of next year. Porter is owned by Toronto’s Deluce family and private equity funds.

Nieuport, which is controlled by New York-based J.P. Morgan Asset Management, bought the Billy Bishop terminal from Porter in 2015 for an estimated $700-million. According to court documents, Nieuport continues to charge Porter for using slots at the terminal. The airline is asking the Ontario Superior Court of Justice to cancel those fees, which could total $45.8-million.

Porter is also asking the court to settle a dispute that dates back to 2018 over the airline’s request to reduce the number of slots it uses at Billy Bishop. In addition to setting aside fees, Porter is suing Nieuport for $20-million for breach of contract and $1-million in punitive damages.

“Porter’s position is that it expects Nieuport to respect its contractual obligations,” said Brad Cicero, the airline’s spokesman. “We will move ahead with this matter through the courts and do not have further information to share at this time.”

“Nieuport Aviation disagrees with the allegations raised by Porter in its statement of claim of November 18, 2020 and we will defend ourselves against these allegations,” said Neil Pakey, chief executive of Nieuport Aviation, in an e-mail on Friday. He said the company has invested hundreds of millions of dollars to purchase, then improve the Billy Bishop terminal.

“We are now working towards the development of a new U.S. Customs preclearance facility which will enhance the passenger experience even more,” said Mr. Pakey. “Nieuport is committed to the airport’s long-term future and its vital role in serving consumers, businesses and visitors.”

Porter put up a line of credit that Nieuport can access and pledged three of its Dash 8-400 turboprop planes to its landlord as security for its use of the terminal. Porter is asking the courts to return $5.75-million that Nieuport drew from the credit line, and stop the terminal owner from seizing its aircraft. Porter’s total fleet is 29 planes. Porter also wants to be released from fees it pays on advertisements on Nieuport-owned buses that carry passengers from the airport to downtown Toronto, as the shuttle service is currently shut down.

While Nieuport owns the terminal, the federal government owns Billy Bishop airport though the PortsToronto agency. On Friday, PortsToronto declined to comment on the court dispute.

Before the pandemic, Porter accounted for 85 per cent of landing slots at Billy Bishop airport, while Air Canada held the remaining slots.

Separately, airlines are lobbying the federal government to roll back fee increases put in place at many Canadian airports since the pandemic hit North America in March. Carriers are also asking Transport Canada to reduce the airline fees charged by Nav Canada, the national air traffic control system. Airlines estimate that fee increases have added about $100 to the cost of a cross-country flight for a family of four.

Editor’s note: The headline on a previous version of this story incorrectly stated that Porter Airlines has sued the Billy Bishop airport owner. The airline is taking legal action against Nieuport Aviation Infrastructure Partners GP, owner of the terminal at Billy Bishop. The Globe and Mail regrets this error. 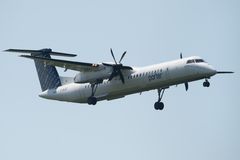 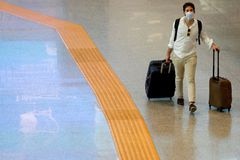 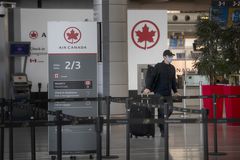