Quebec’s decision to wade into the potential sale of Transat A.T. Inc. is not without pitfalls. Its involvement could drive away some suitors and result in a lower takeover price for the holiday travel company, observers warn.

Premier François Legault’s government has said that it would prefer that Transat is not stripped down by any new owner, that its head office remain in Quebec and that it continue to grow as a corporate entity in the province. The government said it will not get involved directly in the sales process but it has mandated its investment arm to prepare support for a local buyer if needed.

“There’s a paradox in this, which is that [Quebec’s intervention] could lower the value of the company,” said Louis Hébert, who teaches courses on mergers and acquisitions at Montreal’s HEC business school. “It limits the number of potential buyers. And if you want to maximize the transaction price, it’s better to have a maximum number of buyers.”

The future of Transat is the first real test of just how far the Legault government is willing to go with its brand of economic nationalism. And while it isn’t the first government to bare its protectionist teeth, analysts caution that even expressing its preferred outcomes for a company such as Transat is not without consequences.

The government’s public comments “probably does discourage some potential buyers,” said Cameron Doerksen, equity analyst at National Bank of Canada. Fewer buyers means less interest over all, which could result in a lower valuation, he acknowledged.

Transat could be acquired for as much as $11.50 a share, Mr. Doerksen estimates. The stock closed on Friday at $9.75 on the Toronto Stock Exchange. Although the likelihood of a deal has increased since the company disclosed it was in play, the process could still end with no takeover, the analyst said.

“We are considering all the offers from the point of view of all stakeholders – for the company and for the community,” said Christophe Hennebelle, Transat’s vice-president of human resources and corporate affairs. He declined to comment on the government’s position.

Transat, which sells vacation packages and operates a holiday travel airline, recently announced that it had entered preliminary talks with multiple suitors that could lead to the sale of the company. It did not identify the suitors, but media reports have named Calgary-based WestJet Airlines Ltd. and Montreal-based Air Canada as the companies who made the approach. Both airlines have declined to comment.

The news triggered a 46-per-cent same-day surge in Transat’s share price while rekindling fears in Quebec City that the province was on the verge of losing another head office. Both WestJet and Air Canada are seen by the Legault government as strategic buyers that would likely nix Transat’s headquarters.

Since then, three Quebec-based businessmen have stated publicly their interest in Transat. Real estate entrepreneur Vincent Chiara confirmed he has already made an offer for the company, while billionaire media magnate Pierre Karl Péladeau said he hired an adviser to weigh a bid.

Quebec’s Economy Minister, meanwhile, said last week he is comforted by the fact that there are Quebec-based suitors for Transat. Pierre Fitzgibbon said there are several Quebec business people who have signalled their interest in buying Transat but declined to say how many or name them.

“I will help all those who respect our objective to preserve this brand, which is a strong Quebec brand, and to preserve jobs,” Mr. Fitzgibbon said in comments published in Montreal’s La Presse. “Beyond that, to be honest with you, I’m impartial in terms of who buys the company.” The minister declined an interview request Friday.

This isn’t the first time a Quebec government has opposed a takeover attempt of a local company. The government of Jean Charest opposed an initial offer from U.S. hardware chain Lowe’s Cos. Inc. for Rona Inc. in 2012. Questions about the intentions of the buyers were also raised when Guy Laliberté sold control of Cirque du Soleil to U.S. private-equity group TPG Capital in 2015 and more recently, when Michelin bought Quebec off-road tire maker Camso in 2018.

“It’s part of the game now” for governments to express their views in the sales of specific companies, said Michel Nadeau, executive director of the Institute for Governance of Private and Public Organizations. “[In Quebec], there’s a bit of an automatic reflex on this now. But the government can’t save everyone, that’s clear."

Editor’s note: An earlier version of this story incorrectly stated that the government of Philippe Couillard opposed an offer from Lowe’s Cos. Inc. for Rona Inc. in 2012. In fact, it was the government of Jean Charest that opposed the offer. 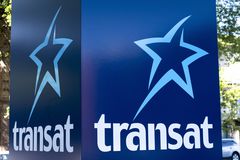 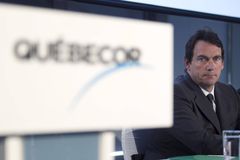 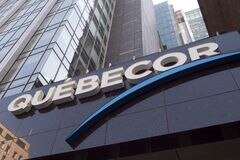