Sensibill Inc., a Toronto startup that provides digital receipt-management technology to banks has raised US$31.5-million in venture financing, marking the fifth time in less than a month that a Canadian startup has raised $30-million-plus in financings led by Canadian investors.

“There is a significant cohort of companies on a trajectory [to be worth billions of dollars]. Sensibill is one of them. We want to help them,” said Jordan Jacobs, whose new Toronto-based venture fund, Radical Ventures, led the financing of the six-year-old company. Past Canadian investors Information Venture Partners (IVP) and First Ascent Ventures (formerly known as the Open Text Enterprise Apps Fund) as well as National Bank of Canada, also participated.

Sensibill provides software that financial services firms embed in their mobile banking apps. It enables clients of its 40-plus customers, including Bank of Nova Scotia, Ottawa credit union Alterna Savings & Credit Union, Royal Bank of Scotland and two of the top 10 U.S. banks, to snap photos of receipts on their smartphones and extract relevant data from the images using artificial intelligence (AI) that can pick out letters and numbers from images. Customers can then store, itemize and categorize the data using their smartphones and export it to other files where they keep their records.

“Lots of previous tech tools we saw in this space don’t work incredibly well; they can take a static image but not scrape the data and present it back,” said Alterna chief executive officer Robert Paterson, whose institution offers the receipt tracking to its 180,000 customers for free, with about one-third signing up. “Sensibill actually works,” he said, adding it accurately ports in the data more than 90 per cent of the time, and when receipts are in good condition it works “almost 100 per cent” (customers can manually enter the data when the software can’t detect it.)

About 10 million bank customers now use Sensibill through their financial institutions. That is set to triple by year’s end, as Sensibill CEO Corey Gross expects to have 100 total customers by that point based on current discussions. The company is believed to be on track to surpass $10-million in annualized revenues by then, up threefold from a year earlier.

In addition to providing new services to their customers, banks are attracted to the technology because it gives them a deeper understanding of their customers’ spending habits, enabling them to more effectively service or market products to them, said David Unsworth, general partner with IVP. “Nowhere in the world does cash, credit and debit data all collide in the same place other than receipts,” he said. “You’re now able to capture all that data and do interesting things with it.”

At the same time, he said Sensibill had succeeded by working with, rather than trying to compete with banks, as other financial tech companies have done. “We think there’s a much easier and better way to build a business in that space,” he said. Sensibill also set out early on to ensure its software met the highest privacy and security standards of its cautious, highly regulated customers. Mr. Gross said his company never gets access to financial or customer data, and hired seasoned senior tech executives early on to guide its delivery of enterprise-grade software, including chief architect Rick Hill, a former senior software architect with Microsoft, and several ex-IBM executives, including chief operating officer Izabella Gabowicz.

“Selling to banks can be slow and difficult, especially if you are a startup,” said Mr. Jacobs, who sold his AI startup, Layer 6, to Toronto-Dominion Bank in early 2018 and worked for the bank for a year. “It creates a moat for companies like Sensibill who do it."

Winning the role of lead investor on the deal is a coup for Mr. Jacobs, who beat out several U.S. investors in part because former TD CEO Ed Clark is a partner with the Radical Ventures fund. “We wanted someone with the firepower of Ed Clark to give us an edge," Mr. Gross said.

The deal follows $30-million-plus financings announced since mid-June by Canadian startups Alaya Care, Xanadu, Dialogue and Inventys. It’s an unprecedented run that underscores the maturing of the Canadian tech ecosystem as more emerging domestic startups are able to attract tens of millions of dollars in venture financing. Increasingly, they are finding homegrown capital providers willing to write the big cheques that previously came from foreign sources, including pension funds and growth-stage venture-capital firms. 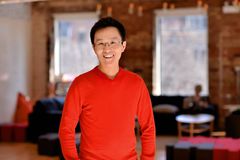 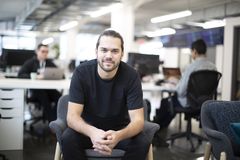 Who wants a market downturn? These investors actually do
Subscriber content
January 7, 2019 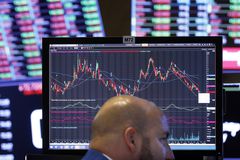