Shopify is taking aim at weapons companies by banning the sale of some firearms and accessories on its platform.

The Ottawa-based e-commerce giant quietly made changes to its policies this week to keep merchants from using its technology to sell everything from semi-automatic firearms that accept detachable magazines to accessories including grenades, rocket launchers and flash and sound supressors.

The company declined an interview and would not elaborate on why it changed its policy, whether any merchants were selling such military grade weaponry, or how soon gun sellers will have to vacate the site, but said in a statement that the changes are part of regular reviews and amendments the company makes to its terms and teased that it “may further refine our policies as needed.”

The changes have gun manufacturers and retailers, who rely on Shopify for their online presence, up in arms.

Florida-based firearm-maker Spike’s Tactical, which sells over 1,300 firearms-related products, said it runs its entire online operations through Shopify and claims to earn millions of dollars in sales through the platform every year.

The move will have “significant ramifications” because Spike’s Tactical will now have to find a new platform for online sales, said general manager Cole Leleux.

“To take someone’s money and agree to services and then change your policy that dramatically overnight, potentially costs a bunch of businesses and people’s jobs. It’s just wrong,” he said.

“We have about $100,000 wrapped up in our website and I expect we will have to invest that in a new business. We are a big enough company to absorb that, but there are a lot of smaller companies that will not be able to.”

Casey Burke, the owner of Florida-based firearms retailer Southern Guns, said he is frustrated because the company notified him about the changes in a three-line email Burke posted to Instagram with the hashtag reading “#stopstupidity.”

The gun sellers said Shopify has not provided clarity on how soon their businesses will have to stop selling firearms through the platform, but so far Leleux said one company representative told him a timeline has not been established yet for the changes.

Burke said his company chose to use Shopify when it began online sales because the company appeared to be “gun-friendly,” but now he feels disappointed that it has changed its policies.

Toronto Mayor John Tory said in a statement that he welcomed the new policy.

“I applaud Shopify for taking a stand. This development in addition to Montreal moving to support Toronto’s call for a handgun ban demonstrates a growing recognition that it is time to take serious action to dramatically reduce the supply of guns in our society.”

The policy change isn’t Shopify’s first brush with controversy south of the border. Last year, founder Tobi Lutke allowed right-wing media organization Breitbart to use his platform and argued that products are a form of free speech, which is worthy of defending.

“Who gets to decide what can be sold and what can’t?” Lutke said in a statement at the time. “If we start blocking out voices, we would fall short of our goals as a company to make commerce better for everyone. Instead, we would have a biased and diminished platform.”

Lutke clarified that sentiment in a blog about policy changes on Monday, saying that the company’s policy now “allows space for all types of products, even the ones that we disagree with, but not for the kind of products intended to harm.”

Lutke’s post says Shopify has found the legislative process is “no match for the realities of the internet” and as a result has had to accept that “neutrality is not a possibility.”

Leleux called Lutke “hypocritical” and said he thinks the gun ban is not really about Shopify taking products that can cause harm off the platform, because he said guns sold on the platform go through all the same checks as those sold in person.

Whenever a customer orders a weapon from Spike’s Tactical online, Leleux said the weapon is required to be shipped to a federally licensed firearms dealer, who must complete a full-background check on the buyer. Leleux said he only sells to customers who provide U.S. addresses, but Canadians can still get the products through distributors.

Leleux alleges that Shopify’s choice to remove guns from the platform isn’t really about safety, but about the company removing items it disagrees with and furthering its own political agenda.

“The best analogy is sugar. It is bad, it causes diabetes and it kills thousands of people every year,” said Leleux. “Are they going to ban any item that contains sugar?” 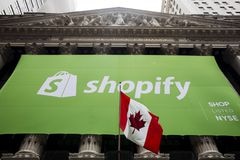 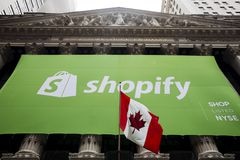