SNC-Lavalin Group Inc. has struck a $110-million agreement to settle class-action lawsuits related to allegations the engineering company misled investors about its activities in Libya.

Montreal-based SNC-Lavalin said in a statement on Tuesday that it will pay $88-million to settle two court actions in Ontario and Quebec launched in 2012, as a corruption scandal enveloped the company. Insurers will pay the balance of one of the largest securities class-action settlements since 2006, when the provinces began introducing provisions to create civil liability for secondary market misrepresentation, lawyers for the plaintiffs said.

“We feel it’s a very good result” for the shareholders, said Michael Robb of Siskinds LLP, whose firm represented plaintiffs along with Rochon Genova LLP. “It will provide substantial compensation to those investors. And it allows SNC to take one more step toward turning a page on this piece of its history.”

SNC-Lavalin chief executive Neil Bruce is working to shut the door on a series of legacy issues that have soaked up resources and hampered the company’s competitive position against global rivals over the past six years. SNC estimates it now ranks second in market value among engineering and construction firms around the world, with a capitalization of $9.7-billion.

In addition to the class-action settlement, the company struck an agreement with Public Services and Procurement Canada in 2015 giving it the right to do business with the government. It also signed a compliance deal with the elections watchdog in 2016 committing SNC to take internal steps to prevent illegal donations. And in 2017, it reached an agreement to pay restitution to seven Quebec municipalities for obtaining contracts through questionable means.

The lawsuits were filed on behalf of SNC investors after the stock plunged in 2012 following the company’s announcement that it had launched an investigation into $56-million of undocumented payments and warned that its annual earnings would be lower than expected. Two years later, Switzerland’s Federal Crime Court would find former SNC executive Riadh Ben Aissa guilty of bribing the playboy son of deposed Libyan dictator Moammar Gadhafi in order to secure lucrative construction projects.

Canadian prosecutors charged SNC-Lavalin itself with corruption and fraud three years ago in the Libya matter. The company wants to strike a formal settlement with the government to resolve the charges.

Investors allege in the class-action suits that the company made false and misleading statements about the adequacy of its internal controls and about the compliance of management with the company’s code of ethics and business conduct. The plaintiffs allege that these misrepresentations caused the price of SNC securities to stay inflated, only to crash later when the irregularities were disclosed.

The settlement still has to be approved by the courts.

Given that the plaintiffs were initially seeking damages totalling more than $1-billion, the result is “palatable” for SNC-Lavalin and should be seen favourably by the company and its current investors, Laurentian Bank Securities analyst Mona Nazir said in a note. The deal marks a “significant overhang put to rest,” she added.

SNC-Lavalin has said its board of directors was not aware of the improper actions of certain senior managers in Libya. The company has overhauled both its board and senior executive team in recent years and says it has reinforced its ethics and compliance procedures, making them among the most rigorous in the industry. 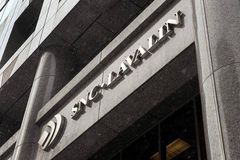 ROB Magazine
After years of scandal, CEO Neil Bruce says SNC-Lavalin is back on track
May 2, 2018 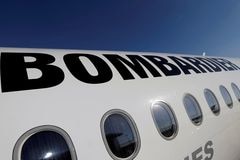