The company, which owns grocery chains including Sobeys, Safeway, IGA, FreshCo and others, reported on Wednesday that same-store sales grew 10.7 per cent in the 13 weeks ended Jan. 30, not including fuel sales. (This is an important metric in retail, which shows sales growth not related to store openings or closings.)

Elevated grocery sales have become the new normal for retailers, which will soon begin reporting more modest growth as they compare results with a period one year ago when the COVID-19 pandemic began to affect Canadians’ shopping habits.

But Empire chief executive officer Michael Medline expressed frustration on a conference call Wednesday that the boost in sales during the pandemic was masking underlying improvements in Empire’s operations.

“There is a reason we are outperforming the competition, and it ain’t all COVID,” he said.

The company, based in Stellarton, N.S., last year completed a three-year turnaround plan called Project Sunrise that has improved merchandising and operations, he said. Nine months in, the new Project Horizon three-year strategy is contributing to the improved margins, and is on track to add $500-million in annualized earnings to the business by the end of fiscal 2023, according to Mr. Medline. Work on data analytics is allowing the company to approach its strategy around promotions differently.

E-commerce sales grew by 315 per cent in the quarter. This is compared with a period last year when Sobeys had not yet launched Voilà in the Greater Toronto Area. It has since expanded to Hamilton, Barrie, Kitchener, Waterloo and Guelph.

“When we achieve scale, we expect to have the most profitable approach to grocery e-commerce in Canada,” Mr. Medline said.

The company is building a second distribution centre for Voilà in Montreal, to expand the service early next year. Empire is planning to build two more distribution centres and says it will eventually reach 75 per cent of Canadian households; the third, in Calgary, is expected to open in the first half of 2023.

Mr. Medline also took aim at competitors over recent public battles with suppliers. Retailers such as Walmart Canada and Loblaw Companies Ltd. both told suppliers last year that they would raise fees, which all retailers charge for stocking products in stores. Mr. Medline previously called the recent hikes “repugnant,” and has said he is open to some kind of code of conduct to govern the grocery industry. In the past, Empire has pushed suppliers for better pricing terms, especially during its Project Sunrise turnaround.

In the weeks and months ahead, like other retailers, Empire will begin seeing more measured sales gains, as it begins comparing its performance with the period last year when the pandemic began to affect buying habits across Canada. On the call, executives said they will be focusing more on metrics such as market share and profit margin than on sales gains in the coming year.

Empire’s third-quarter net earnings were $176.3-million or 66 cents per share, up from $120.5-million or 45 cents per share in the same period last year. The company’s stock price rose 5.76 per cent in trading on Wednesday. 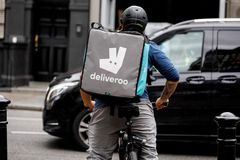 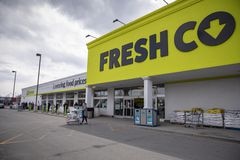