Toronto-Dominion Bank expects to book a $2.3-billion gain on its stake in online brokerage TD Ameritrade Holding Corp., which was sold to rival Charles Schwab Corp. in a US$22-billion deal that closed on Tuesday.

TD now owns about 13.5 per cent of Charles Schwab after swapping its 43-per-cent stake in TD Ameritrade for stock in the larger merged company, which has roughly US$6-trillion in client assets and 28 million brokerage accounts. When the deal was announced last November, TD said it would add “significant value” to the bank’s investment, and predicted a “sizable” accounting gain as a result.

The $2.3-billion gain, which the bank will record as a one-time item the next time it reports quarterly earnings in early December, is based on Charles Schwab’s share price at closing, which was US$36.94. That price has declined from US$48.20 prior to the deal being announced, tempering the size of TD’s gain, which represents the fair value of its investment. But as Charles Schwab integrates TD Ameritrade into its business, executives expect to cut more than US$3-billion in annual costs, which would help boost its financial results.

“TD now has an important ownership stake in a wealth industry leader with the size, scale and capabilities to compete, drive growth and generate value for TD today and in the future," said Bharat Masrani, TD’s chief executive officer, in a statement released Tuesday.

Of TD’s 13.5-per-cent stake in Charles Schwab, 9.9 per cent is made up of voting shares, and the rest consists of non-voting shares that can convert to voting status if they are sold to a third party – a deliberate device to cap TD’s voting influence under 10 per cent for regulatory reasons. Canada’s largest bank by assets also won the right to elect Mr. Masrani and Brian Levitt, the chair of TD’s board, as directors of Charles Schwab.

Todd Ricketts, the son of TD Ameritrade founder Joe Ricketts, was also named to the merged company’s board.

For now, TD’s stake in the new powerhouse of discount brokerages allows the bank to keep a hand in a rapidly changing business, which was reshaped by a pricing war that broke out in the United States in 2019, in which major players such as Charles Schwab slashed commissions for online trades of U.S. stocks to zero. TD’s investment in TD Ameritrade has been an important source of profits, but those returns are expected to decline gradually according to the terms of a revised 10-year contract by which TD collects fees for holding some deposits belonging to TD Ameritrade customers.

TD could choose to sell some or all of its stake to raise capital, including for an acquisition of its own. Mr. Masrani said at a conference last month that “there will be opportunities” because of the pandemic, and that if one arises that makes sense for TD – especially to expand its presence in the southeastern U.S., or to add a credit-card partnership like the ones the bank has with retailer giants Nordstrom and Target – then “we’ll look at it very seriously.”

The bank has no immediate need for more capital, however, and expects the closing of the Charles Schwab deal to have no significant effect on its capital levels. With the highest common equity Tier 1 (CET1) ratio – a key measure of a bank’s capacity to absorb losses and make investments – of any major Canadian bank, at 12.5 per cent as of July 31, TD is flush. But the bank also faces uncertainty about the trajectory of the coronavirus pandemic and the losses on loans that could result if consumers and businesses struggle to recover. 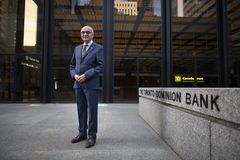 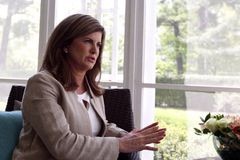