A trial over a US$4.5-billion lawsuit against Toronto-Dominion Bank for keeping accounts tied to one of the world’s largest Ponzi schemes is drawing to a close this week, as lawyers make final arguments about whether TD missed key warning signs at least a decade before the crime was uncovered.

The scheme was led by Allen Stanford, a former billionaire from Texas now serving 110 years in prison after the financial empire he built in the Caribbean was exposed in 2009 as a US$7.2-billion fraud. Investors suffered huge losses, and the lawsuit alleges that TD shares liability for that harm because it operated accounts for Mr. Stanford’s offshore companies for 18 years and either missed or ignored risks and red flags.

The TD accounts first opened in 1991 helped Mr. Stanford move billions of dollars across borders for clients who bought investment products through Stanford International Bank Ltd., or SIB, an offshore company in Antigua and Barbuda, and other companies he controlled. The lawsuit was launched in 2011 by liquidators charged with winding up SIB in an effort to recover money for 21,000 former clients of Mr. Stanford, who looted investors’ funds and lived lavishly, acquiring a Caribbean island for US$63-million, private jets, helicopters and mansions that included a 57-room “castle” in South Florida.

The three-month trial, which is to conclude on Wednesday in Ontario’s Superior Court, featured testimony from current and former TD bankers as well as expert witnesses. Lawyers for the liquidators from Bennett Jones LLP allege that TD failed to uphold basic standards of due diligence that would have compelled it to probe Mr. Stanford’s affairs more carefully. In documents filed with the court on Monday, they claim TD was “willfully blind, reckless and, at a bare minimum, negligent in its provision of services to SIB.”

But lawyers for TD from McCarthy Tétrault LLP counter that the bank is not responsible for Mr. Stanford’s fraud because it was unaware of wrongdoing, and had no reason to suspect it was happening. In closing arguments this week, they claim that the plaintiffs’ version of events “is characterized by overstatement, high rhetoric, misstatements of the evidence, and inferential leaps which cannot be justified on the facts or the law,” according to court filings.

The bank’s lawyers said TD opened the accounts “in accordance with prevailing [Know Your Customer] standards at the time.”

The type of correspondent accounts Mr. Stanford’s companies held at TD are a common lifeline for offshore banks, providing services such as foreign exchange that connect them to the global financial system. But regulators and law enforcement have increasingly scrutinized those relationships for being vulnerable to financial crime.

One such warning issued in 1999 is a key part of the lawsuit against TD. The Financial Crimes Enforcement Network, or FinCEN, an arm of the U.S. Treasury Department, issued an advisory that warned banks to apply “enhanced scrutiny” to clients and transactions tied to Antigua and Barbuda, where SIB was based, eight years after TD opened its first accounts for Mr. Stanford.

The advisory raised concerns about an apparent weakening of anti-money laundering laws in Antigua as well as a new regional banking regulator’s lack of independence, as representatives from local financial institutions had been allowed to act as directors on the regulator’s board.

The advisory did not name Mr. Stanford or SIB, but news articles published at the time cited him as a target of FinCEN’s concerns. And in April, 2003, a junior TD banker e-mailed a link to an article in The Philadelphia Inquirer that connected Mr. Stanford to FinCEN’s advisory on Antigua to two bankers in charge of SIB’s accounts. Lawyers for SIB allege TD should have known about the advisory and ended its relationship with Mr. Stanford.

But Stephen Cullen, TD’s relationship manager who handled the accounts at the time, said he was unaware of the FinCEN notice. Two bankers who later took over the accounts from him, Bill Sebenski and Tarik Muzaffar, claimed similar ignorance at the trial, saying they “do not recall” making a connection between FinCEN’s warning and Mr. Stanford, according to court filings. Lawyers for TD say the bank became aware of the advisory “at some time after it was issued.”

“TD Bank did not have actual knowledge … that SIB was committing fraud,” the bank’s lawyers said. 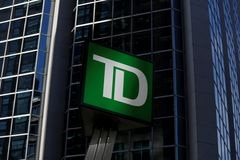