The chief executive of Toronto-Dominion Bank is vowing to continue financing energy projects – even as he stresses the bank’s commitment to helping Canada shift to a low-carbon economy.

At the lender’s annual meeting on Thursday, CEO Bharat Masrani faced questions about how green TD plans to be in the coming years. One shareholder representing Greenpeace Canada at the meeting, Alex Speers-Roesch, raised what he described as “apparent contradictions” between TD’s environmental policies and its role in financing the Trans Mountain pipeline expansion project.

But Mr. Masrani said the bank will continue to support “responsible energy development,” even as it pours new investments into more sustainable endeavours.

“Our position is very clear: We are all for the low-carbon world, low-carbon economy,” he told reporters after the meeting. “But we also acknowledge that to get there immediately is not feasible or is not possible. There is a transition to that low-carbon economy, and in the meantime … it’s important that we support responsible energy development in order to maintain the standards of living that all of us are used to and want on an ongoing basis. This happens to be a big part of Canada.”

As banks face greater pressure to justify financing carbon-intensive resource extraction, TD launched a new bank-wide initiative on Wednesday, dubbed “The Ready Commitment,” that sets ambitious targets for lending and philanthropy to promote sustainability and social inclusion. One pillar of the new plan sets a target for TD to pour $100-billion into low-carbon lending, financing, asset management and other initiatives by 2030, in an effort to help “elevate the quality of our environment.” A portion of $1-billion in planned philanthropy over the same time frame would also support green initiatives.

Yet, some groups are sounding the alarm about banks’ deepening involvement in the energy sector. A report issued this week noted that Canadian banks dramatically increased their exposure to the oil sands after financing a series of major asset sales last year as international oil companies retreated from Alberta.

In 2017, the top five Canadian banks provided a total of US$33-billion in debt and equity financing for those sectors, primarily for oil sands deals, the Banking on Climate Change report found. That’s more than double the 2016 figure.

Royal Bank of Canada led all international banks with US$13-billion in “extreme fossil fuel” financing in 2017, while TD ranked third at US$9-billion, it said.

The report made clear that few international banks were cutting their support for the fossil fuel sector – the notable exceptions being BNP Paribus SA and ING Bank, which announced last year they would stop financing oil sands extraction or pipelines. The World Bank also announced in December it would end financing for upstream oil and gas projects by 2019.

There is increasing pressure on banks and other financial institutions to provide detailed reporting on the climate-related risks they face in their loan and equity holdings. A blue-chip panel led by Bloomberg LP founder Michael Bloomberg urged banks, pension funds and other financial institutions to adopt common practices that would allow investors to assess and compare those risks.

TD and Royal are both part of a group of 11 international banks working with the United Nations Environment Programme to strengthen their assessment and disclosure of climate-related risks and opportunities.

However, many activist shareholders are urging banks to go further – not just report their exposure but divest from companies that produce carbon-intensive fuels.

Mr. Masrani counters that TD has been “a leader in being very environmentally conscious.” But he also said the bank disagrees “with some of the positioning on this issue.”

“We will support responsible energy development, so you should expect us to participate in a major industry in Alberta,” he said.

TD says it loaned $6-billion to the oil and gas industry and pipeline sector last year – about 1 per cent of its total lending.

A spokeswoman for Royal Bank said it would not comment on the Banking on Climate Change report. 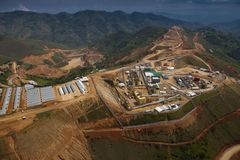 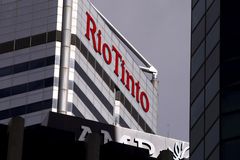 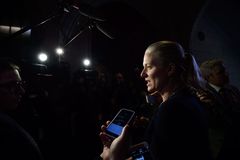