Thomson Reuters Corp. is joining the small but expanding ranks of Canadian corporations that are committing capital to highly speculative early-stage ventures.

The Toronto-based business information services giant said Thursday it is creating a US$100-million corporate venture capital fund to support and accelerate innovation in sectors the company currently serves with its array of products. Those areas include legal services, accounting and media – as well as risk, fraud and compliance.

The division will report to chief strategy officer Pat Wilburn, who joined the company last November after 15 years with Microsoft Corp., most recently as general manager of corporate business development for the U.S. technology company’s Azure cloud-computing arm.

“We saw this as a way for Thomson Reuters to use our leadership position and our financial resources to help drive an acceleration of innovation into the customers we serve,” Mr. Wilburn said in an interview. He added that the fund is a natural extension of the company’s previous investments in research and innovation, including its labs dedicated to building artificial intelligence-powered products for its business lines.

Mr. Wilburn will serve as executive director of the fund, and as one of three members of its investment committee, along with chief product officer David Wong and a yet-to-be-hired investment professional. Neither Mr. Wilburn nor Mr. Wong has experience as a venture capitalist, although Mr. Wilburn said he will be looking intently for new hires with early-stage investing expertise to manage the fund.

The fund will initially invest between US$2-million and US$10-million for each deal, and will likely back 15 to 20 companies within the next three years, Mr. Wilburn said.

He said the investment team will be independent from the rest of the company, with autonomy to make investing decisions. But unlike some corporate venture funds – such as those created by Microsoft and Google, which run independently of their funding corporations’ mandates – the Thomson Reuters fund’s investments will be required to be consistent with the company’s “strategic thesis” and areas of operations.

Mr. Wilburn said the fund will have a particular bent toward backing startups that use AI and machine learning to automate business processes and drive operating efficiencies. He added that Thomson Reuters will help support the venture fund’s portfolio companies.

Corporations with their own focused, dedicated venture capital businesses are relatively rare in Canada compared with other countries, said Kim Furlong, chief executive officer of the Canadian Venture Capital and Private Equity Association. The best-known Canadian examples are Telus Corp. in Vancouver and Power Corp. of Canada in Montreal.

But their ranks have been growing of late. The billionaire Weston family that controls Loblaw Cos. Ltd. began a dedicated venture capital investment arm two years ago, and it has made several venture investments since then. Shopify Inc. has emerged since last year as Canada’s busiest corporate early-stage financier, backing a slew of startups that service its merchant customers.

Ms. Furlong said Thomson Reuters’s arrival “is a strong signal of the re-entry into the asset class. It says they see enough companies in the marketplace to back and that the risk is manageable.” This, she added, could influence other Canadian corporations to follow suit. 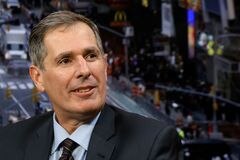 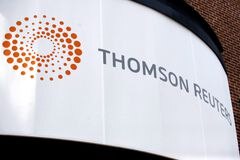