Donald Trump is looking to cut the biggest deal of his life – and he’s starting with a compromise.

The President abruptly announced on Sunday that he is willing to negotiate away American restrictions on Chinese mobile telephone maker ZTE. U.S. companies have been banned from selling the components to the company since last month as punishment for ZTE secretly exporting equipment to Iran and North Korea, in violation of international sanctions.

“President Xi of China, and I, are working together to give massive Chinese phone company, ZTE, a way to get back into business, fast,” Mr. Trump tweeted. “Too many jobs in China lost.”

The development stoked fears that the President may be willing to go for a quick deal with China rather than seriously tackling Beijing’s bad behaviour. China has long been accused of stealing foreign companies’ trade secrets, both by forcing them to partner with Chinese firms as a condition of doing business or through flat-out espionage, and offering government help to domestic firms to give them an unfair advantage over overseas competitors.

“I hope this isn’t the beginning of backing down to China. While Chinese companies have unrestricted access to U.S. market & protection of our laws many U.S. companies have been ruined after China blocked market access or stole their intellectual property,” Republican Senator Marco Rubio warned on Twitter.

Added Chuck Schumer, the Democratic leader in the Senate: “Why does [Donald Trump] want to make China great again?”

The move represents a sharp reversal from the President’s previous strategy for dealing with Beijing: Mr. Trump has threatened to slap tariffs on as much as US$150-billion worth of Chinese goods, hit steel and aluminum from the country with import duties and complained that previous administrations were too soft on the Middle Kingdom.

It comes days before Chinese officials are scheduled to visit Washington for talks aimed at averting a trade war.

Philip Levy, a former high-ranking trade economist in the George W. Bush administration, said China could fairly easily agree to cut its US$385-billion trade deficit with the United States – Mr. Trump’s prime measure of trade success – by offering to buy more American computer products or aircraft. But this would not solve any of the underlying problems.

“The Chinese are certainly willing to negotiate and toss in something – it’s a just a question of whether they are willing to give us anything that we actually want,” said Mr. Levy, now a senior fellow at the Chicago Council on Global Affairs.

U.S. corporations are already cautioning Mr. Trump against letting China off the hook on its trade practices in exchange for changes to the balance of trade. Mr. Trump blames the deficit, which represents the amount of goods and services the U.S. purchases from China over what it sells, for hollowing out the U.S. manufacturing sector. Mainstream economists, however, broadly contend that the deficit does not much matter in determining economic success.

“The Administration should not settle for concessions that temporarily reduce America’s trade deficit with China but fail to address more systemic challenges facing U.S. businesses,” the Business Roundtable wrote in a submission to U.S. Trade Representative Robert Lighthizer, who is holding hearings starting Wednesday into the United States’ proposed tariffs on China.

The President’s first US$50-billion in levies could hit everything from Chinese-made aircraft to computer equipment to birth control pills. China, for its part, has threatened to hit back with tariffs on American soybeans and other agricultural products designed to inflict economic pain on the Republican heartland.

Mr. Trump defended using ZTE as a bargaining chip Monday, suggesting U.S. firms could benefit from being able to supply the company, and saying it was “reflective of the larger trade deal we are negotiating with China.”

Exactly what Mr. Trump will demand in exchange for easing up on ZTE is unclear. The Wall Street Journal reported Monday that the President is hoping to get China to back down on the agricultural tariffs. The Trump administration has also outlined a wide-ranging list of demands from China, including a US$200-billion cut to the trade deficit over two years, the end of some subsidies to Chinese companies and an overhaul of Beijing’s intellectual-property practices.

Mr. Levy said there may not, however, be much strategy at all.

“He likes that personal, striking-of-a-deal approach, and he likes to talk about how well he gets along with Xi Jinping,” he said. “I’m just not sure he thinks that far ahead.”

Tech stocks on cusp of record as earnings, Trump provide relief
May 14, 2018 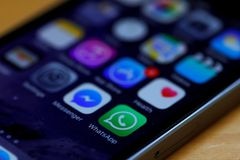 Trump says he will help China technology firm ZTE ‘get back into business’
May 13, 2018 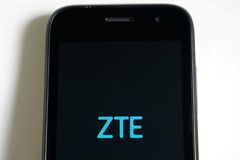