The House passed legislation Wednesday that would guarantee broadband internet users equal access to online content, in a crucial step toward bringing back so-called net neutrality regulations overturned at the start of the Trump administration.

In a 232-190 vote, divided along party lines, the Democratic majority made good on a promise that became a rallying cry in many liberal circles during the 2018 election. It is also expected to be held up as an issue by Democrats in 2020.

But the legislation, called the Save the Internet Act, faces long odds in the Republican-led Senate. Senate Leader Mitch McConnell, R-Ky., said this week that the legislation would be “dead on arrival.” Earlier this week, the Office of Management and Budget advised the White House to veto the law if it were to come to the president’s desk to sign into law. The office said in a letter that since the law was overturned, the broadband industry has thrived, a good sign of how deregulation helps the economy.

The legislation prohibits blocking and throttling web traffic and categorizes broadband as a service open to heavy regulation. Supporters say the regulation will prevent companies from blocking or slowing the delivery of content like videos. Opponents say it will strap broadband providers like Verizon and Comcast with heavy-handed restrictions, and could lead to price controls.

“We need a law that puts a cop on the beat who will enforce the laws because we can’t just rely on internet providers to say this will be a free and open internet,” Rep. Frank Pallone, D-N.J., said in an interview. “No one believes them.”

The Federal Communications Commission rolled back the country’s net neutrality rules in November 2017. Shortly after, internet companies and public interest groups sued to overturn the FCC action, which was led by Ajit Pai, the agency’s chairman.

In addition, more than two dozen states have raced to create their own net neutrality laws. The Justice Department and telecommunications companies have, in turn, filed lawsuits to block the state efforts.

Net neutrality, a regulatory idea hatched by academics, has been a decadelong battle pitting Silicon Valley and consumer groups against the telecommunications sector. Companies like Google, Mozilla and Facebook have argued that without rules, telecommunications companies can become gatekeepers of online content by choosing the quality of delivery for web services in a way that could hurt rivals and consumers. The Obama administration sided with their argument, with the FCC approving new regulations in 2015.

Now, the companies are pushing for law on the issue. A group of 120 startups, including Stripe, Medium and GitHub, wrote a letter to Democratic and Republican leaders in support of the bill.

“Net neutrality is fundamental to guaranteeing that every American has unencumbered access to the internet,” the companies wrote. “This access is also essential to a competitive, free market for the technology economy to thrive as well as entrepreneurship in this country.”

The biggest disagreement between Republicans and Democrats is whether broadband should be considered a utility like phone service. Republicans say that doing so could lead to the possible regulation of broadband rates. Democrats say the categorization is an important update that recognizes the importance of broadband to the economy, culture and education.

“Some in Congress are trying to give the government more control again, applying utility-style regulations that would threaten the internet as we know it. We should reject these efforts,” Sen. Roger Wicker, R-Miss., said on the Senate floor last week. 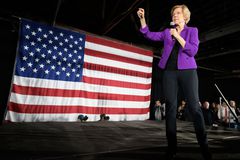 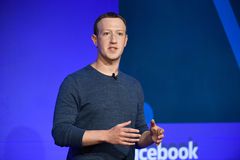 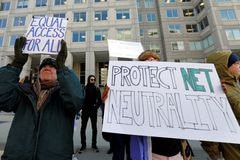