Investment bank Morgan Stanley is diving into the competitive Canadian wealth management market by launching a suite of services targeted at executives who own stakes in their companies.

“We are going to where wealth has been created, and people need us,” said Brian McDonald, New York-based head of Morgan Stanley at Work, the division responsible for share compensation services. Morgan Stanley investment bankers have been in Canada for six decades and the firm now has 1,500 employees in Toronto, Montreal, Calgary and Vancouver, but the new venture is its first foray in the domestic retail space.

Until now, a Solium client who cashed in stock-based compensation was forced to transfer their money to another financial institution. Morgan Stanley wants to keep these customers in-house, and potentially persuade them to bring over billions of dollars in savings currently held at rival wealth management firms, by offering four levels of service. The most basic offering is a discount, self-directed platform. The next tier is an online investment manager, known as a robo-adviser. More complex services will come from virtual financial advisers and the top level offering is full-service financial advisers, who will initially be based outside Canada.

“We are offering a service that is tailored to Canadian clients, but uses the same structure we offer to our clients in the U.S.,” said Laura Adams, who will run the domestic wealth management business, in addition to her current responsibilities as head of the bank’s Canadian equity and fixed-income teams.

The Solium platform, rebranded as Shareworks by Morgan Stanley after it was acquired, covers 350 Canadian public and private businesses and 70 per cent of the companies in the S&P/TSX 60 index. Ms. Adams said: “We see tremendous room for growth and engagement with our clients.”

Canaccord Genuity provided brokerage services to Solium for many years and kept that role with Morgan Stanley after winning a beauty contest against rival dealers. The Toronto-based dealer will provide custody and clearing services and support the self-directed and robo-adviser platforms. Stuart Raftus, president of Canaccord Genuity’s wealth management division, said the partnership is “a testament to the depth and breadth” of the firm’s services and will make a “meaningful contribution” to the company’s assets under administration and revenue.

Canaccord Genuity is Canada’s largest independent investment dealer. It had $65.7-billion of assets under administration and turned a $75-million profit on wealth management revenue of $462-million last year.

However, former powerhouses Merrill Lynch, now part of Bank of America, and Dean Witter Reynolds, subsequently acquired by Morgan Stanley, spent lavishly to build networks in Canada, only to sell the divisions during bear markets. Morgan Stanley’s approach is different from that of U.S. rivals in that its platform is being launched with a significant client base, and minimal investment in talent, technology and office space. 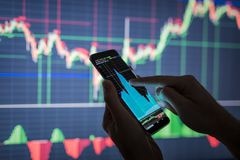 Find investing peace of mind by thinking five years ahead
Subscriber content
May 17, 2020