Volkswagen AG intends to plead guilty to charges laid under the Canadian Environmental Protection Act, after a four-year federal investigation into a diesel emissions scandal that has already cost the automaker tens of billions of dollars in other jurisdictions.

On Monday, Ottawa announced that Volkswagen had been charged with 60 counts of contravening the act, including two counts of providing misleading information. The remaining 58 counts stem from the alleged unlawful importation of nearly 128,000 vehicles that did not conform to prescribed vehicle emission standards, between January, 2008, and December, 2015. The company is expected to enter guilty pleas at a hearing Friday morning in the Ontario Court of Justice in Toronto.

“Volkswagen AG has co-operated fully with the investigation by Environment and Climate Change Canada (ECCC)," the company said in an e-mailed statement. “At the hearing, the parties will submit for the court’s consideration a proposed plea resolution and seek its approval. The details of the proposed plea resolution will be presented at the hearing.”

Justices rarely stray from the terms of a resolution agreed upon by prosecutors and the defendant. The Public Prosecution Service of Canada said the penalties associated with the charges depend on the year in which they allegedly occurred and whether they result in a summary conviction or an indictment, which is considered more serious. Each count that took place before June 22, 2012, could carry a maximum fine of $300,000 on summary conviction or $1-million on indictment. As of that date, the range of penalties on summary conviction for a corporation such as Volkswagen is between $100,000 and $4-million, and on indictment between $500,000 and $6-million, the PPSC said in an e-mail.

Court documents show that the majority of the counts relate to offences allegedly committed during the time covered by the potentially much stiffer penalties. The charges involve the importation of Volkswagen models such as Golf, Jetta, Passat, Beetle, as well as several Audi models, that allegedly did not conform to the prescribed standards in their class. The company is also accused of knowingly providing misleading information to the Minister of the Environment in December, 2014, and March, 2015.

Monday’s charges come nearly three years after Volkswagen pleaded guilty to fraudulently tampering with emissions equipment in the United States, where it has faced US$20-billion in fines and civil settlements. Last year, the automaker was also fined US$1.5-billion in Germany. Environmental groups have for several years called on Ottawa to take action against Volkswagen in Canada, with Toronto-based Environmental Defence filing a motion this past summer arguing that the former environment minister, Catherine McKenna, was shirking her obligations under the federal act.

Tim Gray, the organization’s executive director, described the charges as “better late than never,” saying he was concerned the company might never face prosecution on the matter here in Canada. The total fine, he said, should be “in the billions” in order to deter the automaker – and others – from fraudulent behaviour going forward. “If this kind of thing is allowed to go ahead with just a slap on the wrist, they’ll see it as a cost of doing business,” he told The Globe and Mail.

Environment and Climate Change Canada opened an investigation in 2015 into the importation of certain vehicle models allegedly equipped with a prohibited “defeat device,” which, according to the federal department, is software that lowers the effectiveness of a vehicle’s emission-control system during normal operation.

The department said in a statement on Monday that its enforcement officers collected an “extraordinary quantity of evidence and information from foreign and domestic sources," which was then reviewed by the independent public prosecution service. “We are committed to clean transportation and to working to make sure Canadians have clean air and healthier communities,” the department said.

Environmental Defence is urging Ottawa to use any fines paid by Volkswagen to accelerate the country’s transition to a cleaner economy, including by building an electric vehicle charging network. During the recent election campaign, the federal Liberal Party pledged to install up to 5,000 charging stations along the Trans Canada Highway and other major networks, as well as in urban and rural areas. 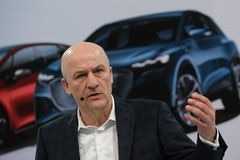 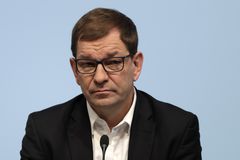