In the wake of a landmark court decision, traditional real estate brokerages are playing catch-up with online startups that have been developing tools to display detailed house-price data for years.

Online real estate brokerages and new entrants such as Zoocasa, HouseSigma Inc., Realosophy and Property.ca Realty Inc. started to post house-sale prices within 24 hours of Thursday’s Supreme Court decision, which forced the country’s largest real estate board to lift restrictions on transaction records for properties across the Greater Toronto Area. Before the ruling, which is expected to compel real estate boards across the country to change their practices as well, the data were only accessible through realtors and those that chose to disseminate the information publicly and run afoul of the rules.

HouseSigma, which uses artificial intelligence to estimate the value of residential listings in the Greater Toronto Area, saw an 800-per-cent increase in web traffic following the ruling. Online real estate brokerage Zoocasa said homepage traffic and new account sign-ups are up more than 200 per cent compared with a typical August weekday.

Thursday’s Supreme Court decision quashed the Toronto Real Estate Board’s (TREB) last appeal over a 2011 federal Competition Tribunal order on the restriction of home-sale data. The real estate board must now allow brokers to publish the information if they want.

While smaller brokerages have been building interactive maps and other data tools, traditional brokerages employing thousands of real estate agents across the country say they’re looking to get in the game.

Century 21 Canada Real Estate, which has been around for more than four decades and has 400 offices across the country, plans to roll out new websites for all its brokers and agents this fall, with an auto-valuation model built in.

“As much information as we can show as per the boards rules and regulations, we’re going to,” said Todd Shyiak, vice-president of operations for Century 21. Mr. Shyiak will be meeting with their website provider, chief technology officer and senior management in the near future to discuss what data can now be incorporated.

Royal LePage, whose predecessor company A.E. LePage, was established in the early 1900s and which now has thousands of realtors across the country, said it believes the data will allow the company to create a “meaningful and engaging experience for consumers to support them in their home buying or selling process.”

"Details of the implementation are not yet available. Our goal will be to leverage the data as soon as more is known,” Carolyn Cheng, Royal LePage’s chief operating officer, said in an e-mailed statement through a spokesperson.

Meanwhile, other online brokerages started contemplating other uses for the data.

Property.ca, the umbrella company for condos.ca, is considering creating different tools. One option could be an online database showing an agent’s sales volume and which properties that agent sold. “Nobody has come out with this yet, but it is just a matter of time until somebody starts showing who sold what, and then you will be able to see where an agent works and what market they do know,” founder Carl Langschmidt said.

Joseph Zeng, chief executive of HouseSigma, is also moulding his plans. “There are definitely a lot of features or functions that we’re hoping to launch that we were not able to before,” he said. "Now we are more comfortable about providing those data points and features to consumers without worrying about getting a cease and desist letter from TREB.”

The biggest feature, he said, is a user-accessible algorithm to determine similarities between different houses in the same market; homebuyers can then use this tool to determine the most appropriate offer price. Right now, comparable market analysis is done manually by agents, Mr. Zeng explained. “A certain agent may make a mistake in the comparable analysis or they may hide some information.”

He doesn’t anticipate any push-back to the idea of sharing sold prices according to listing agent, since that information should technically already be available to consumers who specifically request it. “That’s definitely something we’re going to implement as well," he said.

Toronto-based realtor Josie Stern isn’t as sold on the individual agent data being made public. Ms. Stern had already been disclosing sold prices on her website before the ruling, green-lighted by permission letters from both homebuyers and sellers that she requested at the time an offer was submitted. “When you do that, that’s within the rules,” Ms. Stern said. Breaking the information down by individual agent doesn’t seem particularly important to her, though.

The Supreme Court ruling isn’t going to change anything for her, she said, but it will likely give her clients a greater degree of security entering the homebuying process. “They shouldn’t have to count on anyone to make sure they’re given the proper information,” Ms. Stern said. "This is a very important step in their lives, and they should be able to analyze the information and interpret it any way they want.”

What real estate brokerages are planning to do with TREB data
August 24, 2018 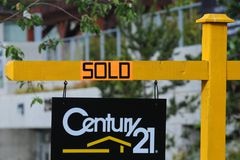 Follow Victoria Gibson and Rachelle Younglai on Twitter @_victoriagibson @rachyounglai
Report an error Editorial code of conduct
Due to technical reasons, we have temporarily removed commenting from our articles. We hope to have this fixed soon. Thank you for your patience. If you are looking to give feedback on our new site, please send it along to feedback@globeandmail.com. If you want to write a letter to the editor, please forward to letters@globeandmail.com.
Comments