In the oil patch, takeover deals are happening in slow motion. In some cases, that’s why they aren’t happening at all.

Two recent takeover attempts stood out for surprise endings. The outcomes of both were influenced heavily by gyrations in Canadian oil and gas prices as deal-making efforts dragged on for months.

In the first case, in October, Precision Drilling Corp. rode in as a white knight for Trinidad Drilling Ltd., only to watch helplessly as the value of its all-stock offer sank with a falling market for energy shares. By late November, it had lost out to Ensign Energy Services Inc.’s initial $470-million unsolicited cash offer, made in mid-August.

In January, Husky Energy Inc. abandoned a $2.5-billion hostile bid for oil sands producer MEG Energy Corp. three-and-a-half months after it formally launched it, citing worsening conditions for the industry, such as chronic delays in adding export pipeline capacity, and the Alberta government’s response to the deteriorating economics. Husky was among the sharpest critics of oil production cuts mandated by Premier Rachel Notley, arguing that the market should be allowed to work.

It shows how complicated the calculus for merger and acquisition planning has become under rules that took effect in 2016 lengthening the time a bidder is required to leave an offer open to 105 days from 35 days. That rule change, by the Canadian Securities Administrators, could keep disrupting the deal flow, investment bankers say.

The energy business is heavily reliant on commodity prices, and the recent history shows how the attractiveness of a takeover offer can change along with markets over more than three months, said Michael Freeborn, managing director and head of energy investment banking at Canadian Imperial Bank of Commerce. “If you look at the volatility through the back half of last year, there’s been these seismic shifts.”

The industry is in a years-long struggle to add export pipeline capacity because of as-yet insurmountable regulatory and legal hurdles, and in late 2018 that, combined with major refinery maintenance, widened the differential on Canadian heavy crude prices to US$50 a barrel below U.S. benchmark crude. Ms. Notley responded in early December by announcing deep cuts in production, which took effect early this year. That discount shrunk to just over US$10 a barrel.

Takeover action had already waned, as companies moved from strategies of buying up competitors and assets to boost production, to concentrating on operating within constraints dictated by cash flow and seeking better returns for investors. In recent years, many producers that made large acquisitions were punished in the stock market despite executives’ promises of future benefits.

The largest exploration and production deal of 2018 was targeted outside of Canada – Encana Corp.’s US$7.7-billion takeover of U.S. oil producer Newfield Exploration Co. Among Canadian-only E&P deals, the largest was Baytex Energy Corp.’s $1.4-billion acquisition of Raging River Exploration Inc. Both buyers got rough rides in the stock market after announcing their deals.

Investors and management teams largely agree that the strategy of focusing on cash flow and shareholder returns should be adopted, said Trevor Gardner, managing director, global investment banking and co-head, Canadian energy for Royal Bank of Canada. “If you take that one step further with, how that will play in M&A, I think the bar gets really high for companies to consider transactions because they’re competing against that next dollar of capital that they might spend internally.”

That is borne out in the stats. Over all, energy-related merger and acquisition activity rang in at US$34.3-billion in 2018, down 37 per cent from $54.2-billion a year earlier, according to Refinitiv (the figures include assumed debt). Much of the action involved energy infrastructure rather than exploration and production assets. The number of deals totalled 173, down 28 per cent from 2017 and the lowest number in at least nine years.

The S&P/TSX Capped Energy Index is down 10 per cent from a year ago, despite a sharp gain in the price of oil, showing how investors have moved to the sidelines, possibly until chronic regulatory and market-access delays are solved.

Energy infrastructure, such as regional pipeline and processing plants, remain attractive targets in the industry as exploration and production deals tail off. The buyers have largely been private-equity players or partnerships involving them and established operators in the industry. An example is the partnership of SemGroup Corp. and Kohlberg Kravis Roberts & Co. LP, which announced in January they were spending $600-million to buy natural gas processor Meritage Midstream.

A bold takeover proposal in the mining industry – Barrick Gold Corp.'s all-stock, no premium play for Newmont Mining Corp., may offer a glimpse into the future of the oil patch, as major companies also consider the prospects for major cost savings after years of difficult conditions, including weak commodity prices. Barrick says it could wring US$7-billion in savings from combining with its Denver-based rival.

“If you have the same set of circumstances in energy you could really extract a lot of value by putting two things together and running them differently or better,” CIBC’s Mr. Freeborn said. “Then that’s a deal, in the name of good commerce, that should happen.” 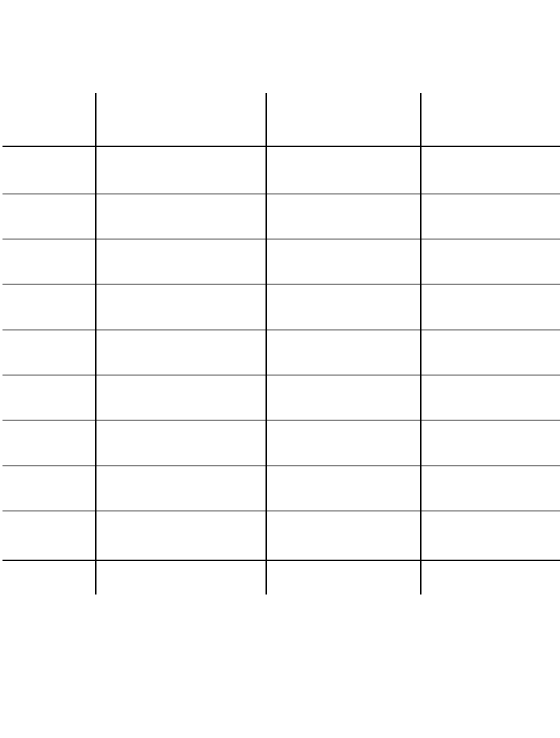 *Including net debt of target, US$ millions

THE GLOBE AND MAIL, SOURCE: refinitiv 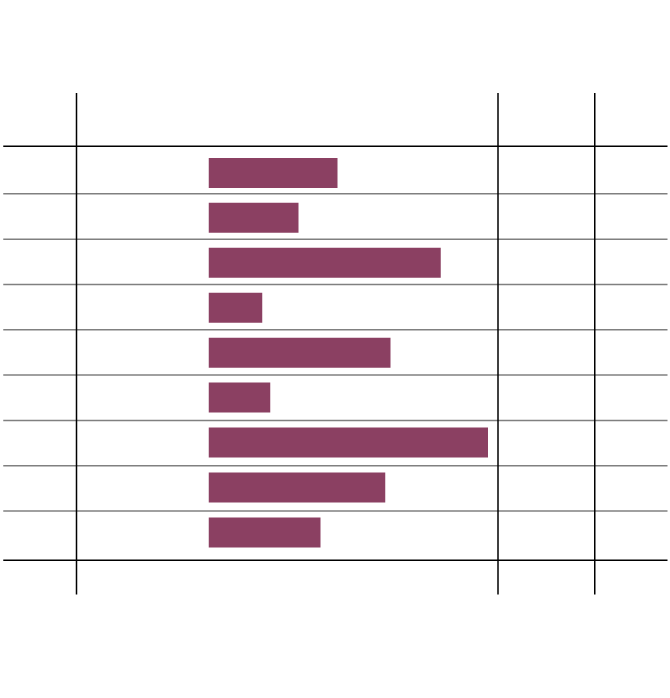 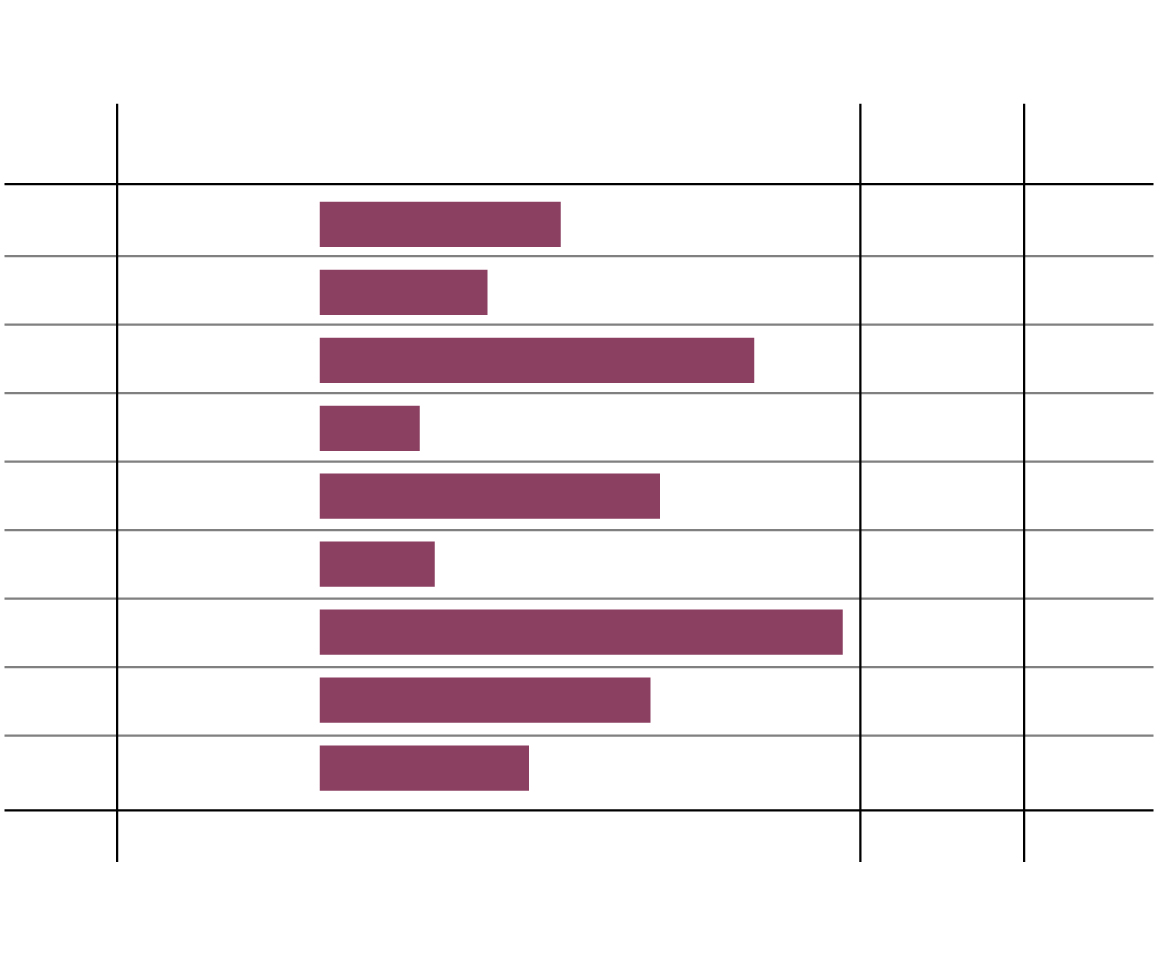 (including net debt of target, US$ millions)