After working in IT and telecoms for 25 years, Fred was made redundant from his last role as a network specialist for a pharmaceutical company when it downsized two years ago. He took the opportunity to explore his long-time hobby of creating large-scale art using recycled electronics, glass and resin and found some success with a few big sales and installations at local art festivals. But during this period, Fred realized he wasn’t disciplined enough to work as an artist full-time.

Now he’s set his sights back to full-time work, but the job market has changed significantly since the last time he was unemployed. At age 61, Fred is also concerned about facing ageism in the workplace. “The last two jobs I had were via recruiters,” he explains. “The two before that I actually got from want ads in a newspaper.”

He is open to a range of positions, from a high-level role managing the removal of corporate legacy phone switches to a more “chill” job working retail at an art-supply store. But his ideal role would be something in-between. “I’m a long-term employee, and hopefully my next job will be my final act before retirement,” Fred says. “I’m not ready to call it a day and collect a pension yet.”

We consulted Mark Franklin, career-counselling practice leader at CareerCycles, and Matt MacGillivray, vice-president of research and design at InnerSpace, a digital indoor-data company, to review Fred’s resume and offer advice for his next steps.

What the career counsellor says

“Fred’s resume could use a major reno,” Mr. Franklin says. He advises Fred to cut his resume down to two pages and recommends saving space by putting contact info in one line (instead of four), using one setup line for each job instead of two and condensing his “achievements” and “technical environment” sections into one section with two columns. He can omit his last job entry since it’s so far in the past.

Mr. Franklin recognizes that Fred feels lost about his next steps. So he gathered some clues from e-mails and a brief telephone chat with Fred to find clues about his desires and strengths. Mr. Franklin’s first suggestion is to give art another try. “Fred could improve his chances of making a go of it with his own art with sales and marketing help,” he says. Mr. Franklin suggests hiring a marketing student or recent grad to help him set up an e-commerce website, build a social-media presence and develop a marketing strategy that could include art shows once they are up and running again.

Another clue that Mr. Franklin gleaned was that Fred “enjoys administrative tasks as much as creative.” From there, Mr. Franklin might consider pursuing roles such as executive assistant, office administration or product specialist. He might consider virtual-assistant roles offered through gig sites such as Upwork.com. Lastly, Fred’s long history in IT and tech support could be translated into emerging industries such as cybersecurity, which Mr. Franklin identifies as a major growth area.

Once Fred has thought about what industries and job titles interest him, he should harness his 500-plus connections on LinkedIn. “Reach out to past contacts and set up “field research” meetings of 20 minutes to explore possibilities,” Mr. Franklin suggests. “Keep sharing, posting, liking, commenting and joining groups in LinkedIn.”

Given Fred’s experience, Innerspace’s Mr. MacGillivray thinks he is well suited to a project-management role with a data-processing company. “Phone-switching systems are not that different from data-science pipelines – both have a sender and receiver with a rat’s nest of wires connecting the two,” he says. “Data science also benefits from creative thinkers. Often the most effective solutions are not obvious and require abstract thinking, similar to that of an artist.”

To address Fred’s desire for a more “chill” job, Mr. MacGillivray suggests exploring part-time consulting roles with companies that require his skill set. “Startups often have this type of work needed but aren’t ready to fill a full-time role,” he says. “This would give Fred the balance to continue his expertise while enabling him to construct his day to support his art endeavours.” Given the recent boom in remote working, Mr. MacGillivray also suggests positioning himself as a teleworking consultant. “He has the technical know-how to help companies transition to remote and flex-working and to do so at scale,” he says.

In consideration of Fred’s ageism concerns, Mr. MacGillivray suggests the removal of any jobs prior to 2000. “This is not only to condense the resume, but to eliminate a bias from the outset,” he says. “He should also remove dated terminology like ‘telephony’ and skills that are no longer relevant to today’s technical landscape.”

Like Mr. Franklin, Mr. MacGillivray suggests tightening up Fred’s resume. “Rather than list the same company twice, as with the American clothing company, list it once and indicate a promotion to a new role highlighting his growth in the company.” He applauds Fred’s art and community volunteering experience (“It’s a great attribute for employee culture”) but recommends condensing it through summarizing his experiences and listing relevant locations and dates.

One last reminder for Fred as he revamps his resume: “Ultimately, he needs to build a resume for the type of job he wants, not one that is a historical timeline of work.”

Fred has trimmed his weighty three-pager to two pages, saving space by condensing his contact info into one line along with one-line set-ups for jobs. He has eliminated old job roles and now uses columns to display his achievements and technical experience for further space savings. Fred’s resume is still a work in progress as he’s fine-tuning the formatting, descriptions and dated terminology, but he’s well on his way.

Is now a good time to start looking for a new job?
Subscriber content
June 28, 2020 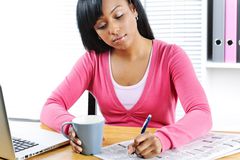 Resume review: With summer already underway, does this journalism student have hope for finding an internship?
June 24, 2020