The role: The market for competitive video gaming, known as e-sports, has exploded in recent years, giving rise to a new category of professional athlete. According to Statista global e-sports revenue has grown to more than US$1-billion in 2019 from about US$130-million in 2012, and is projected to reach nearly US$1.8-billion by 2022.

Mr. Pelletier explains that, like professional athletes, professional e-sports gamers practise more than 40 hours a week, review game tapes, draw up strategies and even stick to a strict diet and exercise regimen. It wasn’t always like that, says Mr. Pelletier, who recalls a time when professional gamers were known for less than healthy habits.

“At some point people realized that if you play all night and you don’t sleep or exercise your competitor, who had a good night of sleep and is exercising, performs better,” he says.

Salary: As with traditional athletics, there are both team and individual e-sports, and the compensation structure often differs between the two. Professional e-sports teams hire gamers and support them through a combination of wages, sponsorship opportunities as well as prize money. For example, each of the 170 players in the league that competes in the highly popular game Overwatch earns a guaranteed minimum annual salary of US$50,000, plus health and retirement benefits as well as housing during the season.

Individual gamers, however, are much more reliant on prize money, which according to Mr. Pelletier makes the compensation structure very top-heavy.

“It’s very much a winner-takes-all market,” he says. “The top 20 players in North America can earn in the six-figures, but if I’m not in the top-40 I might not even have a job.”

Education: There are no educational requirements to become a professional e-sports gamer. In recent years, however, some postsecondary institutions in Canada – such as the University of British Columbia, Durham College and St. Clair College – have established varsity-level e-sports programs complete with scholarship opportunities. The Montreal Esports Academy, however, is among the only educational programs that offer e-sports training to students 11 to 15.

Job prospects: While the industry is rapidly expanding, job prospects are typically limited to elite players of a certain age.

“A lot of e-sports require you to have very fast reflexes, and we know that’s something that starts to degrade early,” explains Mr. Pelletier. “By the age of 25 you’re already old to be a professional gamer.”

At the same time, Mr. Pelletier says that the rapid growth of the industry is creating new opportunities to be part of the team without being one of its stars, such as coaching, teaching, statistical analysis, marketing, partnerships and more.

“For every professional gamer there are five or 10 people working in the organization behind them, so there are many more jobs in the field than actually being a pro player,” he says.

Challenges: Aside from earning a living in an industry that tends to only reward its most elite members, many professional e-sports gamers are challenged by the long hours and strict training regimens. “A lot of players suffer from burnout because if you’re playing against players who are training 50 hours a week you have to train 50 hours a week as well,” Mr. Pelletier says.

Why they do it: Professional e-sports gamers are passionate about gaming, and many are attracted to the industry for the opportunity to turn their hobby into a career.

“If you’re really passionate about video games and you start earning money doing it, that’s the dream,” Mr. Pelletier says.

Misconceptions: The huge prize pools advertised by e-sports tournament organizations leads many to believe that it’s easy for professional players to earn a high salary, but only the most elite competitors are able to earn a living from gaming alone.

Furthermore, many believe that professional e-sports gamers primarily rely on their natural abilities, failing to recognize the strict training that is required to become an elite competitor.

I want to be a security guard … what will my salary be?
Subscriber content
May 27, 2020 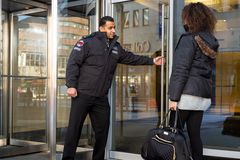 I want to be a pathologist studying diseases ... what will my salary be?
Subscriber content
April 27, 2020 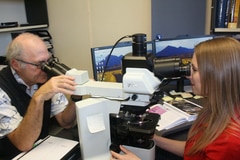 I want to be a geomatics engineer ... what will my salary be?
Subscriber content
June 12, 2020 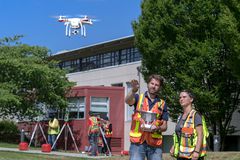