While the role has historically been most utilized by the heavy manufacturing, chemical and natural resource sectors, it has more recently seen demand in less industrial workplace settings, such as health care facilities and retail settings.

“Indoor air quality in retail and commercial and office spaces, that’s done by occupational hygienists,” says Paul Bozek, a professor and program director for the master’s of public health program at the University of Toronto. “Because of regulation changes in the last few years, more jobs are also arising in construction.”

Mr. Bozek adds that while a majority of hygienists work full time for large employers, he estimates that approximately 30 per cent to 40 per cent work as consultants for smaller organizations, or in government assisting with regulation and enforcement.

Most occupational hygienists split their time between evaluating hazards and training staff on proper safety protocols in the field, and evaluating safety programs and devising employee safety training programs in an office setting.

According to Mr. Bozek, however, salaries can range significantly depending on employer, experience, educational attainment and geography. In major urban centres, for example, supply is often higher than demand.

“My students, who are coming [to the work force] with a master’s degree and have demonstrated solid expertise in hygiene, they should be starting at $60,000, and that’s in the Toronto area,” he says, adding that those with only a bachelor’s degree could expect a starting salary closer to $50,000. “If you go outside of Toronto into other markets where it’s harder to find someone – out west, for example – you can earn $70,000 to start.”

Certain industries, such as oil and gas or rare metal mines, also typically offer higher salaries, Mr. Bozek explains. “If you’re in Yellowknife or Fort McMurray, there’s a 10- or $15,000 difference compared to [jobs in] Calgary, for example.”

Education: While there is no official licence or educational requirement for becoming an occupational hygienist, Mr. Bozek says most have at least a bachelor’s degree with a major in science, technology, engineering or math, and have taken some relevant courses during their postsecondary education.

Job prospects: Jobs for occupational hygienists are readily available across Canada, but remain more plentiful in rural areas, even with growing utilization by the service, retail, financial and health-care sectors.

“My students typically find jobs within three to four months of graduating,” Mr. Bozek says. “They might be more generalist jobs if they want to stay in a big city – doing broader health and safety or environmental health and safety – but it’s easy to get employed if you have the right skills.”

Challenges: Occupational hygienists often find themselves caught between management and labour, and are challenged to balance concerns from both sides.

“You have ethical obligations to protect the workers' health, but depending on the state of the economy and the employer, they might want to do the legal minimum under the Health and Safety Act,” Mr. Bozek says. “That can place you in a position where you’re making recommendations to the board of directors or upper management that labour doesn’t like, or vice versa.”

Why they do it: Occupational hygienists are motivated by the opportunity to help improve working conditions and the overall health and safety of workers.

“You’re benefiting the individual through prevention,” Mr. Bozek says. “You don’t save people one at a time; you save them hundreds at a time.”

He explains that hygiene is a specialization that deals with the quantitative risk assessment and control of health risks, as opposed to just the general legislative requirements for health and safety.

“There’s an underrecognition of the types of skill that is needed to do the job in certain places, and that can be among employers as well,” he says. “Because there is a much larger safety work force out there that only does safety and not hygiene, they have better brand recognition for some of their jobs, but they can only do the basics.”

I want to be a web-accessibility specialist … what will my salary be? Subscriber content
August 28, 2018 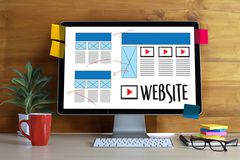 I want to be a service designer ... what will my salary be? Subscriber content
August 14, 2018 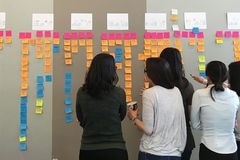 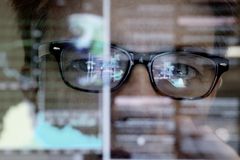