Wyatt, 55, has been working as a teacher, counsellor and education co-ordinator for nearly two decades. Most of his positions have been at international schools all over the world, although his most recent roles, as an academic counsellor, co-ordinator and lead teacher at a virtual school, are based in Calgary. Wyatt’s teaching position was eliminated at the end of June, so he’s now on the hunt for a new job.

While he has been applying to teaching jobs for the last month, Wyatt is ready for a change. He’d like to pivot into a position at a bank. Wyatt obtained an MBA in 2008 which he hopes will make him a more attractive candidate. He has stated a few different areas of interest: project management, business analysis, event planning and administration. “I’m not rigid in looking for one specific type of career per se, but am amenable to many things and opportunities,” Wyatt writes.

He felt restricted by the routines of his prior workplaces, so Wyatt is hoping to find a position that is more fluid. “I enjoy the challenges of taking on different tasks, dealing with new situations and multi-tasking,” he says. Wyatt would like his next job to tap his entrepreneurial spirit, and to work for a company that recognizes hard work, trusts its employees to get work done and is innovative.

We reached out to career coach Wayne Greenway and Tara Lockyer, chief people officer at ATB Financial, to review Wyatt’s resume and offer their advice.

Wyatt has expressed that he’s open to a variety of careers, but Mr. Greenway says that he should think more about where his passions lie so that he can better target his resume to his desired position. “Everything in the resume needs to be highly customized for the applicant to be selected for an interview,” Mr. Greenway says. That includes the highlight of skills at the top of his resume. “He needs to either strengthen this section or delete it. It is best written after the rest of the resume is customized for the position.” A good test for customization, according to Ms. Greenway is to ask: “can anyone else applying to this job say the same thing?”. If he says “yes” to any statement in the resume, that item needs to be strengthened or deleted.

The bullets in Wyatt’s resume can also be improved. “I suggest that he use the AWH format,” says Mr. Greenway. “This means starting with an (A)ction word, followed by (W)hat was achieved (with a metric if at all possible) and (H)ow he did it, using the employer’s keywords from the job description.” Mr. Greenway recommends.

At the moment, Wyatt is just applying to jobs that he sees online and is not doing any networking. Mr. Greenway says that sending in job applications online results in a mere 8 per cent chance of getting an interview. “Instead of trying to fit himself into the ads, Wyatt’s best strategy would be to determine two roles which he is curious about doing and then talk to at least five people who are doing those jobs,” says Mr. Greenway. These conversations would help Wyatt understand how he can work his way into his target jobs and what language he should be using to do that. “Once he determines his target job title, he needs to step up his networking to five people a week who all have this job title, so he can build a team of people who share his interests in the role,” he explains. His network can then look out for jobs at their companies and tell Wyatt about them before they’re posted.

Ms. Lockyer agrees that Wyatt’s highlight of skills needs to be more tailored. “It should be his ‘elevator pitch’ versus a list of skills that could apply to multiple roles,” she explains. When it comes to Wyatt’s work experience. Ms. Lockyer encourages him to identify accomplishments instead of stating tasks. “What skills and capabilities did you demonstrate? How did you positively impact or influence outcomes?” she asks. Ms. Lockyer also suggests that Wyatt reconsider the design of his resume. “Simple adjustments, like formatting or font, can help you and your skills stand out,” she explains.

Wyatt does have some transferable skills to project management, but if he’s interested in pursuing a career here, Ms. Lockyer suggests that he consider seeking further education. “Traditional project management has been evolving over the last several years and new roles are starting to emerge around disciplines such as agile and design thinking,” she explains. “If he has an interest in this space, it would be best for him to invest in some micro-certifications that provide evidence of updated skills.”

Given Wyatt’s background in education, Ms. Lockyer says he should consider roles in learning at a financial companies. “The ‘digitization of work’ has brought into focus the need for new skills development and internal development of team members,” she explains “Many organizations, including ATB, are looking for people who have experience in building learning solutions, program development and execution and delivery of learning.”

Like Mr. Greenway, Ms. Lockyer also emphasizes the importance of networking for job seekers like Wyatt. In addition, he should ensure that his social media profiles, like LinkedIn and Twitter, are up-to-date and professional. “Even if you’re not active on social media, hiring leaders like to find out more about someone beyond their resume,” she says. Once he has a LinkedIn profile created, Wyatt should add a link to it at the top of his resume.

Wyatt has adopted a new design for his resume, using a template found online with a modern font and some colour to stand out. He’s still working on refining his highlight of skills. But meanwhile, Wyatt has targeted his resume to a customer experience manager role at a bank, which would combine his experience in teaching, counselling and business. He has updated his resume with specific language that the bank used in its job description. Wyatt has used the AWH format that Mr. Greenway suggested he apply to his job experience descriptions, while also incorporating more examples of successes and accomplishments he has made.

E-mail us with your resume at globecareers@globeandmail.com with ‘Resume Review’ in the subject line and we’ll ask a career coach and an expert in your field to provide their feedback. Emails without the correct subject line may not be answered. Names and some details are changed to protect the privacy of the persons profiled. If you’re a hiring manager interested in reaching out to the person profiled, we encourage you to contact us. You can find all our resume reviews here.

We’re especially interested in hearing from those who have had their employment impacted by COVID-19. On the flip side, if you’re a hiring manager interested in reaching out to the person profiled, we encourage you to contact us as well. You can find all our resume reviews here. 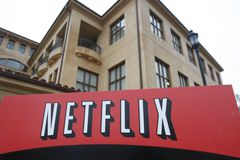 After more than a year of remote work, many practices established during the COVID-19 pandemic are here to stay
July 27, 2021 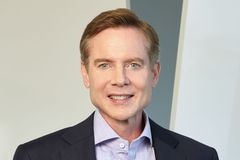 Be wary of listening only to averages in the quest for data-driven decision-making
Subscriber content
July 24, 2021 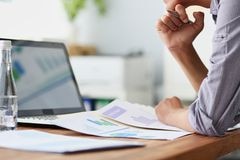