There has been much moaning about disengagement from work, job dissatisfaction, and burnout in recent years. Often the blame is placed on employees, particularly young ones. But other culprits include bad managers, poor communication and lack of purpose. I was intrigued, therefore, by a recent study that jolted me from the dreary “same-old” discussion on the topic. It suggests the problem is we don’t properly design jobs.

That may seem odd as a reason and also because we don’t think of ourselves as job designers. But each job involves a host of tasks, duties and responsibilities, chosen usually by a boss.

“From a psychological perspective, when work is well-designed, workers have interesting tasks, autonomy over those tasks, a meaningful degree of social contact with others, and a tolerable level of task demands: reasonable workloads, clear responsibilities, and manageable emotional pressures,” Sharon K. Parker and Daniela M. Andrei of Curtin University in Australia and Anja Van den Broeck of The Katholieke Universiteit Leuven, a research university in Belgium, write in Harvard Business Review.

But that’s not what we do. Our dominant instinct seems to be to create narrow, efficient jobs rather than enrich them and make them more varied.

Their first experiment, reported in the Journal of Applied Psychology, was with organizational development university students who had an average work experience of more than five years. They were asked to assume that they were the manager of an administrative support department and to allocate 32 tasks into four administrative jobs for four employees. The tasks were independent; none had to be performed in conjunction with or in sequence with another.

Still, the most common strategy they used was to allocate tasks to jobs because of their similarity of function, activity, or task. In essence, they were opting for highly repetitive and thus boring – but presumably efficient – work. Only a small number (2.4 per cent) reported strategies like trying to make the job more interesting or motivational for the employees.

The researchers then looked at how managers and professionals from human-services industries (organizational psychologists, safety managers, and health and safety inspectors) would handle job design experiments. They were told about a halftime clerical job made up entirely of four one-hour photocopying and filing tasks in a court situation. Their challenge was to make it a full-time job by selecting four new tasks from a set of 11.

They could make the job more repetitive by adding even more photocopying and filing tasks or they could aim for a more meaningful and interesting day by adding tasks such as greeting visitors, or helping with a quality improvement project. They were told all the tasks were relevant and the clerk capable of doing them all. But like the students, a distressing number opted not to enrich the job. Almost half – 45 per cent of the participants – designed the job to be even more boring, composed of doing almost entirely photocopying and filing tasks, eight hours a day.

In a further study, those participants were told they managed a warehouse worker named Karen who was failing to meet 50 per cent of her deadlines. The researchers made it clear the work design was poor. “Even though quite a few participants chose strategies to fix the poor work design (such as “redesign the work so the tasks don’t need to be timed”), a surprising number of participants still opted to ‘fix the worker.’ For example, despite knowing that Karen often had to run to meet her times, more than two-thirds of participants said they would ‘send Karen on training;’ almost one third chose to ‘advise Karen to improve her physical fitness;’ and nearly one quarter opted to ‘threaten to reduce Karen’s pay if she doesn’t improve her times.’ Each of these strategies indirectly ‘blames’ the worker when poor work design is the more fundamental issue,” they write in Harvard Business Review.

Most of us want our own jobs to be enriched. It’s time to realize that our bias with others’ jobs, however, may not be as generous because efficiency and routinization is often deeply-rooted in our thinking – as can be the belief the subordinate is at fault if something goes wrong. Companies need to pay attention to job design, and how the efficiency instinct might be backfiring, giving us disengaged workers who are less productive than they might be.

We should learn to embrace dissent — troublemakers shape the world we live in Subscriber content
July 26, 2019 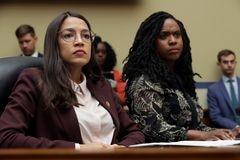 Making decisions can get messy, but there are tips out there to help Subscriber content
July 19, 2019 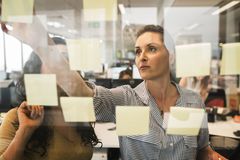 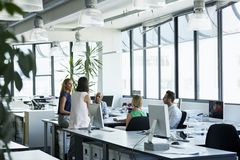