On discovering that 47 per cent of departing employees had left for more enticing opportunities elsewhere, Schneider Electric SE recently introduced a digital platform designed to help its people realize their career aspirations without jumping ship.

Eventually, all 144,000 employees of the France-based multinational will be able to tap into Schneider's internal talent pipeline by posting profiles that include future ambitions along with current skills. These profiles, available to the company's "entire talent acquisition team," will give managers a much better handle on the depth of in-house talent and the training employees need in order to take on challenging new roles, the company says.

The company, along with other firms such as Microsoft Corp., AT&T Inc. and Kuwait-based National Aviation Services, were showcased in LinkedIn’s 2020 Global Talent Trends report on forward-looking retention strategies that, in many respects, reflect old-school values.

A new report by New York-based human resources firm Mercer Co. says “better job opportunity” is the most common reason employees give for leaving their jobs in Canada and the United States. This concerns employers because “the labour pool available to replace staff members who leave is diminishing,” Mercer said in its January, 2020, report, titled North American Employee Turnover: Trends and Effects. “The two most prevalent talent retention practices in Canada are the same as in the U.S. – continuous compensation reviews and regularly looking at engagement.”

In what LinkedIn calls "the rebirth of the internal hire," more organizations are rediscovering a key talent pool: their own employees.

At Microsoft, managers are measured – among other things – on how effectively they support employees’ goals. “Talent is absolutely our most important resource and it’s critical in the modern world of work to nurture talent or they will move on,” says Carolyn Byer, head of human resources at Microsoft Canada.

“External hires are important – they bring fresh thinking, which is important to Microsoft as a company … But there’s no question that internal hires are typically better positioned to hit the ground running when they move into a new role," she says.

At Microsoft, most roles that are posted for external hires are open to internal candidates as well. The best- qualified applicants will make the short list. Those internal candidates who are interested, but not quite qualified for a particular posting, will be offered “stretch projects and learning opportunities … to get the employee closer to a similar role in the future.”

The LinkedIn researchers said most employers acknowledge they need to focus more on the development and promotion of their own employees, but relatively few organizations have a formal process to promote internal mobility.

"Talent professionals report that most internal moves happen when an employee proactively seeks out an opportunity or a hiring manager reaches out to a colleague they know. In short, it's mostly up to serendipity. It's time for recruiters to take a more active, intentional role in internal hiring."

It's clear that employees want more fair and open opportunities to take on other roles in their own organizations. Often "the biggest thing" standing in the way is their own managers, who, "understandably, don't want to lose their best talent," LinkedIn said in its report. "The problem is that if those top performers can't leave their team for greener pastures internally, they're more likely to leave the company altogether."

At Microsoft, “none of us get to ‘own’ an employee,” the company’s head of recruiting, Chuck Edward, said in the LinkedIn report. “If someone’s hiring an employee from your team, that’s not poaching. That’s two managers collaborating for the win of the company.”

At Schneider Electric, vice-president of talent digitalization Andrew Saidy said in the report that he is ecstatic about the potential of the new artificial intelligence-powered platform that will link employees to training and new job opportunities company wide. “Most career development and talent mobility platforms match you with opportunities based on what you have done in the past. The Open Talent Market also focuses on your ambitions and your aspirations – allowing you to truly own your career.”

“One of the great things about working at a large organization like Microsoft is that our employees have the ability to have several different ‘careers’ without changing companies,” Ms. Byer adds. 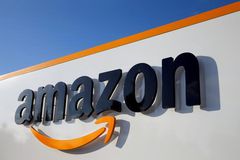 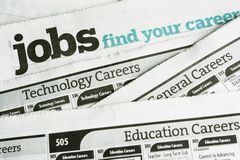 How to get the almighty job interview, and what to do afterward
Subscriber content
November 21, 2019 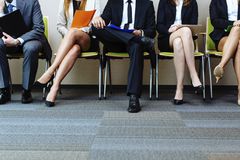