San Francisco-based power company PG&E Corp., one of the largest utilities in the U.S., filed for bankruptcy protection this week facing tens of billions of dollars in potential liability from massive California wildfires over the past two years.

The company’s transmission lines are suspected of sparking as many as 1,500 forest fires in recent years, including a November blaze that destroyed the town of Paradise, Calif., and killed 86 people. In this case, a dead tree apparently fell on one of its lines.

Without the effects of climate change, it’s doubtful PG&E would be in this predicament. Hotter and drier conditions have turned California’s forests into a dangerous tinderbox of dead trees and dry brush. State officials have acknowledged that climate change is a contributing factor as the fire season gets longer every year, and wildfires become larger and more frequent.

A legal quirk in California law put PG&E in the crosshairs. Under a legal doctrine known as inverse condemnation, utilities in the state must cover insurance claims for damages from fires caused by their equipment – even if they haven’t broken any safety laws. The doctrine is in force in just two states – California and Alabama.

PG&E had lobbied unsuccessfully for years to get relief from that liability, repeatedly warning that rising fire-related claims could cripple the company. Geisha Williams, who resigned this week as chief executive of PG&E, had long complained that inverse condemnation was making power companies the default fire insurer for the entire state.

The main problem, the company argued, is not its equipment, but shifting climatic conditions beyond its control.

“Years of drought, extreme heat and 129 million dead trees have created a ‘new normal’ for our state,” the company said.

Some of the company’s problems are no doubt self-inflicted. For example, it didn’t do enough to mitigate the consequences of increased fire risk by thinning forests and upgrading aging transmission equipment.

But it was powerless to stop drought conditions in California that dragged on for years. It could not recover through higher rates the cost of insuring a risk that was spinning out of control.

Goldman Sachs has estimated that legal fees and potential fire-related claims from just the past two years could reach nearly US$30-billion, or nearly twice the company’s annual revenue. The company disclosed in its bankruptcy filing that its wildfire insurance for 2018 was US$1.4-billion.

And the threat of fires this year and beyond could get worse.

By all appearances, PG&E is one of the environmental good guys. It has a much smaller carbon footprint than most U.S. power companies and it was working to increase its use of renewable energy, including wind and solar. The company is the largest investor in energy efficiency and electric vehicle infrastructure in California, spending more than US$1-billion a year. Its financial problems could now put those efforts at risk.

Experts have long worried about the financial risk facing the world’s major greenhouse gas emitters. Think ExxonMobil, Gazprom or some of the big oil-sands producers.

In Canada, oil and gas producers and their lenders should be doing more in the way of “prudent and proactive reporting” on climate change risk, according to a report this week by the Winnipeg-based International Institute for Sustainable Development. The report found that “climate risk . . . is not fully accounted for in corporate planning or disclosed to investors.”

But the risks now extend well beyond the balance sheets of fossil fuel emitters. PG&E is a wake-up call that a far broader swath of companies and industries face financial hazards. They too could become collateral damage from climate change.

And it’s not just about the threat posed by fires. Scientists blame climate change for more severe weather of all kinds, including more powerful storms and flooding. Property and casualty insurance payouts from “extreme weather” have doubled every five to 10 years since the 1980s, according to the Insurance Bureau of Canada. Insurance payouts for catastrophic losses topped $1-billion in eight of the nine years from 2007 to 2016, up from an average of $400-million a year in the previous 25 years.

For every dollar of losses that are insured, three to four dollars are not. Those costs inevitably fall to governments, businesses and homeowners.

PG&E is a cautionary tale about the broadening financial consequences of climate change. The risks may be larger and less obvious than many people expect. 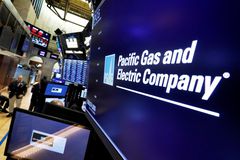 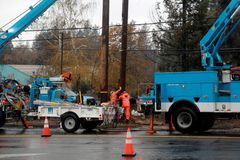